Log in with Facebook
or
Wrong email address or username
Sign up
Already on BookLikes? Log in!
Incorrect verification code
Please, check your email, the code to access your BookLikes blog was sent to you already.
Enter code:
« Back Send
back to top
Search tags: Richard-Nixon My latest podcast is up on the New Books Network website! In it, I interview Charles Holden about the book he coauthored on Spiro Agnew's political career and how it foreshadowed the rise of Donald Trump. Enjoy! 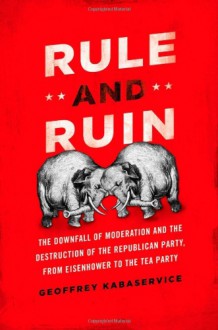 Given the ever-rightward march of today’s Republican Party, it can be difficult to recall that there was a time when moderates played a prominent role within its ranks. How they lost this position and became a alienated presence within the GOP is the subject of Geoffrey Kabaservice’s book. In it he tells a dispiriting tale of the rise of extremism within one of the two dominant parties in American politics, one that charts the key moments in the party’s ideological shift and explains the fate of the moderate politicians caught in this process.

Kabaservice dates the origins of this shift to the 1960s. He identifies four distinct factions within the party at the start of the decade: moderates, progressives, conservative “stalwarts”, and reactionaries. With Dwight Eisenhower in the Oval Office the moderates held sway, leaving the stalwarts and the reactionaries frustrated with the direction of events. In the aftermath of the 1960 presidential election, the militant extremists on the right sought to fill the vacuum created by Richard Nixon’s defeat to take over the party infrastructure. Rallying around Barry Goldwater, who had emerged as the right’s leading figure, these activists sought to take over the party at the local and state level by whatever means necessary. Gaining control of these mundane posts, they used their positions to promote Goldwater over Nelson Rockefeller, the liberal New York governor who was the front runner for the party’s presidential nomination in 1964. Benefiting from a backlash against Rockefeller’s divorce and remarriage, they succeeded in winning the nomination for Goldwater, who then lost the subsequent election to Lyndon Johnson in a landslide.

Faced with such an aggressive and self-defeating insurgency, the moderates mobilized to take back control of their party. Kabaservice’s description of their efforts form the heart of his book, and he notes the considerable success they enjoyed both in regaining a degree of control and in electing moderates in the 1966 midterm elections. Yet the extremists proved too well entrenched to dislodge completely, forcing an accommodation between the two sides. Conservatives and reactionaries benefited as well from the broader political trends of the 1960s, as social tensions involving young people and minorities served as easy targets for their rhetoric and convinced moderates to unite with their intraparty rivals. Nevertheless, Kabaservice sees George Romney’s failed presidential bid as the moderates’ last real opportunity to maintain power in the GOP, with their history from the Nixon years onward being one of a slow decline into marginalization and irrelevance.

Kabaservice’s book offers a good account of one of the developments that shaped the modern American political landscape. His description of the internal battles and the personalities involved is particularly useful as he shows that the outcome was not necessarily inevitable, but the product of a series of choices by key individuals and their response to developments that did or did not take place. Yet while Kabaservice provides a valuable description of the activities of the moderate Republican activists, he overstates their importance relative to the activities of the extremists and the broader shifts in the public mood, which downplays the degree to which the moderates were swimming against the political tide. More attention to the takeover by the conservatives of the party organization in the early 1960s, particularly within the previously African-American dominated state and local Republican parties in the South, would have provided a more well-rounded picture of the right-wing entrenchment that moderates faced, one that likely foredoomed them to defeat even before they fully realized that the battle was at hand. As it is, his book provides only a partial portrait of the downfall of moderation within the GOP, albeit one that examines factors that have been understudied for far too long. 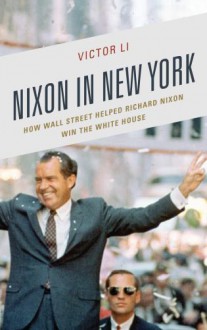 One of the first things that readers seeking a book about Richard Nixon will find is that there are no shortage of options available to them. Soon after his emergence on the political scene in the 1940s Nixon received enormous attention, resulting in a considerable and ever-growing library of books about him. Yet the sum total of these works provide an uneven examination of his life, concentrating mainly on his early years in politics, his campaigns for the presidency, his time in the Oval Office, and his ignominious fall from power. The result is that some periods of his life are surprisingly fallow, awaiting attention for the insights they might offer.

Victor Li's book is an example of what bounties lay with such a focus. In it he examines Nixon's life between defeat in the 1962 California gubernatorial election and his election to the presidency six years later. These were years in which Nixon had ostensibly forsworn further runs for public office and went back to his earlier profession as a lawyer. Moving to New York City, he became a public partner at Mudge, Stern, Baldwin & Todd (subsequent renamed Nixon, Mudge, Rose, Guthrie, & Alexander), a respectable legal firm that was regarded as stuck in its ways. Drawing upon his political contacts, Nixon soon brought in new clients who admired the former vice president and who calculated that association with a possible future president might pay dividends later on.

Theirs was hardly a gamble, as Nixon soon demonstrated that he still harbored presidential ambitions. Li traces Nixon's ongoing campaigning, from his positioning to emerge as a compromise candidate at the 1964 Republican National Convention to his appearances on behalf of candidates in the 1965 and 1966 midterms. Here he demonstrates how this provided Nixon with ideal opportunities to collect favors and test out campaign themes, receiving credit for victories won while accruing no blame for candidate defeats. These efforts were supported by his firm, who benefited from the increased profile he supplied. When it came time to assemble his own campaign staff for his second attempt Nixon then drew from the ranks of the firm to staff it, most notably by naming a new partner, John Mitchell, as his campaign manager.

By focusing on Nixon's employment on Wall Street Li demonstrates the role that the firm and his time there played in Nixon's life and political career. As a lawyer himself, Li brings to the book an understanding of the world of legal firms that is lacking from other coverage of Nixon's life during this time, which helps to clarify many otherwise obscured or ignored details. The result fills a longstanding gap in our understanding of the life of America's 37th president, and should be read by anyone interested in learning about it or how he recovered from defeat to win the nations highest office. 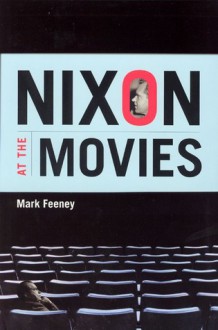 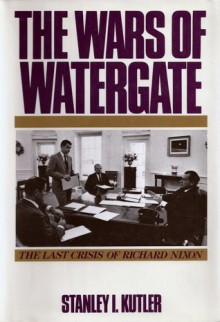 Donald Trump decision to fire James Comey has triggered a firestorm of controversy, one that will likely only grow in the days to come. As pundits and commentators are attempting to come to terms with it, many of them are reaching out to the only comparable example of presidential action under similar circumstances, the "Saturday Night Massacre" that provided one of the most dramatic moments of the Watergate crisis.

Hearing the analogies (valid or strained) makes me grateful for having read Stanley Kutler's book so many years ago. At the time I was preparing to teach U.S. history for the first time, and while I had a decent overall grasp of the subject I needed a better understanding of some of the knottier topics. Kutler's book gave me that understanding and more, as he unpacks the events of Watergate in a detailed account that provides clarity to the events he chronicles. He traces the genesis of the scandal that destroyed Nixon's presidency to his reaction to Daniel Ellsberg's leaking of the Pentagon Papers. Determined to hunt down leakers yet frustrated by J. Edgar Hoover's foot-dragging response to his request for help (as Hoover hadn't survived four and a half decades as FBI director by going along with politically disastrous ideas), he had his staff create their own in-house team to stop leaks (hence their nickname "Plumbers"). Having such a tool at hand proved too much of a temptation, and they were soon employed in a number of "black bag" operations culminating in the effort to tap the phones of the head of teh Democratic National Committee.

The heart of Kutler's book, however, is in his explanation of the investigations that followed. This required him to chart the inquiries undertaken by all three branches of government, as well as the administration's response (both public and private) to them. Though Kutler gives short shrift to the famous labors of Bob Woodward and Carl Bernstein, given his background as a constitutional historian his decision to focus on the legal and political dimensions is understandable enough, especially as it is these areas which ultimately were key to Nixon's downfall.  Reading it gave me a real appreciation for both the scope of the Nixon administration's faults and the principled, even heroic, efforts by many to uncover the truth and uphold the law. I can only hope that people that brave serve our country today.