Log in with Facebook
or
Wrong email address or username
Sign up
Already on BookLikes? Log in!
Incorrect verification code
Please, check your email, the code to access your BookLikes blog was sent to you already.
Enter code:
« Back Send
back to top
Search tags: Samantha-Romance 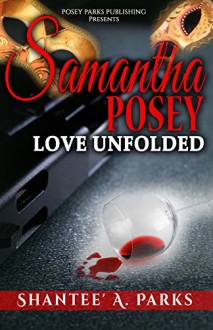 I will say this novel has some very interesting characters especially the secondary ones [Nicki, Adam & Todd] that I found rather defined and well portrayed in this story line. The hero and heroine both at times will work ones last nerve with all of their bantering back and forth. This was definitely not one of those predictable stories because there is so many twist and turns but one thing is for sure and that is their love making! Will Samantha and Jacob have their HEA when it is all said and done? Will they be able to get pass this 'invisible bond' that they seem to have for each other? Well no matter what the odds or conflict that comes to Samantha and Jacob it seems certain their loves seems to conquer all....or will it? To get these answers and so much more you will have to pick up 'Samantha Posey Love Series Book 2' to get the rest of the story.
Adult Fiction womens fiction
Like Reblog Comment 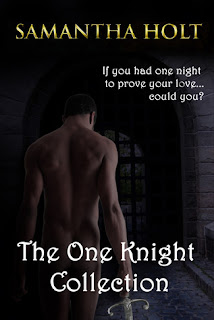 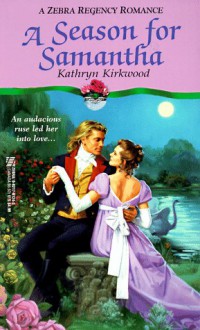 Fun & light, this confection is better written & more enjoyable than Ms. Fluke's Hannah Swenson series. Too bad 'Kathryn', a pseudonym for Hannah's mother Delores, doesn't give the same pointers to her daughter.
Like Reblog Comment 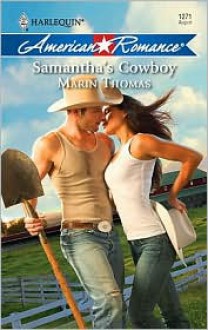 Third in a series about the wealthy Cartwright family, Samantha's Cowboy tells the story of a woman suffering the after effects of a head injury and her attempts to establish her independence.When she was 16, Samantha Cartwright was kicked in the head by a horse. Now 32, she's still suffering memory lapses and nightmares from the trauma. Though well-meaning, her protective father and brothers have sheltered her through her early adulthood and now she's eager to prove to herself and her family that she can make it on her own. She's marched into Wade Dawson's office to demand her trust fund monies so she can establish a rescue ranch for abandoned horses.When Wade brings up her account and sees that all $20million has disappeared, he begins to play for time. He shows up to single-handedly dig a 60 ft well, pays for supplies out of his own pockets and does his level best to stall her from scheduling improvements on the ranch.The two form a close bond from working together on this ranch. Unlike the cowboys Samantha's grown up with, decidedly un-macho, beta Wade is patient with her confusion and mental lapses while still seeing her as a woman, instead of a little sister. Likewise, Samantha sees past Wade's geeky glasses and business attire and can appreciate the learning difficulties he's had as a dyslexic. They complement each other, Samantha the sweat equity rancher and Wade the patient paper pusher.The story is marred, however, by a number of frustrating cliches and plot holes. The story starts slowly due to an awful lot of series rehash. While it was nice to see what her brothers had been up to, it added nothing at all to the story beyond being cheap starchy filler.Wade's son Luke, from a previous marriage, is that frustratingly prescient child character that plagues many a romance. He's 8 and speaks like an adult, providing deep thoughts and touching moments throughout the novel.I felt Wade handled the misappropriated funds issue inappropriately. She truly dragged it out with more lying and omission than a hero should do. He wasn't at fault, and he comes clean eventually, but it was highly unprofessional and irrational behavior. Samantha's Cowboy is an enjoyable story of a woman facing her fears and standing on her own, but it's deeply flawed in some respects.
More posts
Your Dashboard view:
All Reviews Text Photo Quote Video URL Activities
Liked posts Top Tags
Press About Terms of Services Privacy Policy Contact Us Blog FAQ Patronaty medialne BookLikes for Authors Partners panel more...
Team Themes Docs API Blogs
Copyright © 2021 BookLikes