Log in with Facebook
or
Wrong email address or username
Sign up
Already on BookLikes? Log in!
Incorrect verification code
Please, check your email, the code to access your BookLikes blog was sent to you already.
Enter code:
« Back Send
back to top
Search tags: Sherrilyn-Kenyon 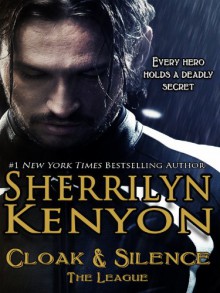 I Picked Up This Book Because: #Barbsbookopoly roll 2. “A book set in space”

I’m ashamed to say I didn’t retain much about this book. Ture (I think) was kidnapped with Nikerian’s mate (maybe) and Maris was involved in the rescue. They take a liking to each other. There is a lot of painful past and Maris has a current price on his head that causes a problem. This wasn’t a bad book. I just think I wasn’t in the headspace for it. I also think I should have read the book as the narrator's super soothing (and not distinct between characters) voice had me zoning out but I felt no need to go back on minutes missed.

This is a series I absolutely loved in the beginning and it pains me that I’ve grown apart from it. The library has the next book. Maybe I’ll give it a try soon to see if I’ve completely lost that loving feeling. Overall I was just kind of underwhelmed. 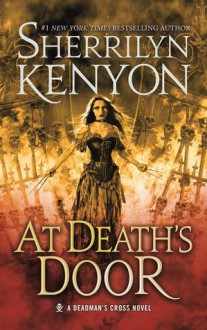 Welcome to the latest Deadmen’s Quest...

Valynda Moore was born cursed. So when she dies as the result of a spell gone wrong and is trapped in the body of a voodoo doll, she expects nothing else from her messed up life. Until Thorn, leader of the Hellchasers, offers her a chance at redemption and a new life. But nothing has ever gone her way, for the Malachai, the very beast she and her crew of Deadmen have sworn to keep locked away, has risen. And this time he’s taken prisoners. Valynda must keep her wits about her or be denied her salvation and forced to watch as the entire world falls into the hands of absolute evil. It’s a demon-eat-demon world where the stakes have never been higher and either redemption or the ultimate betrayal waits for her at Death’s Door.

I used to be a big Sherrilyn Kenyon fan but I’ve missed the past few books due to too many books to read!! I was really excited to get this book and, just like that, I dove right back in love with her world! I loved following Valynda and Malachai through their story. I loved meeting the rest of the Hellchasers. I now have to figure out where I left off in the series and catch up or start all over again. I can’t wait for the next book. I highly recommend. 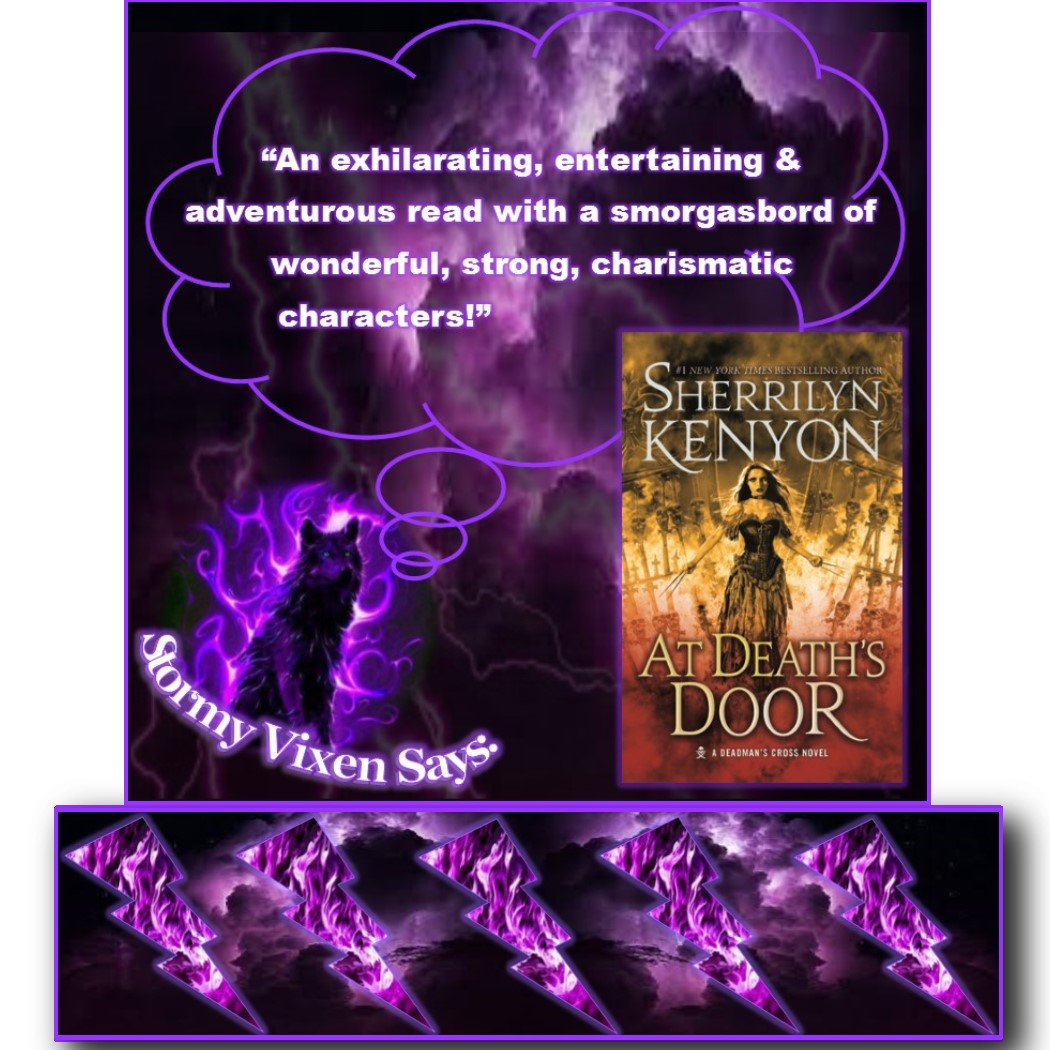 Val was betrayed, tortured and turned into something else that was not how she was made. She lost her love, her life, her body, her trust and her soul. What else could the Gods take from her ? Not much so they give her something precious back and then bargain/blackmail her to let her keep a touch of what she wants. It's not a good bargain, it's a dark one feed on hate, lies and revenge. Finding the truth and fighting for her heart will make or break her. I love this series of haunted pirates and demons. It's got all the elements I love in a book, adventure, blood, tears, strong women, magic, Acheron and other hot men. Sigh~ Acheron <3. Unfortunately, this one was not my favorite of the series but still an entertaining read and a worthy adventure for these characters I've grown to love in this author's series (Dark Hunters, Dream Hunters and this one) one world three groups. I enjoyed the outside characters more than I did the main characters of this story. This one had a personal feel to it that was distracting me from the enjoyment of the story. There is a horrible long death written into the book, that relates to something in real life for the author. I just couldn't break away from thinking about it and her pain. Then POV's and timelines kept changing and it was hard for me to catch on to what time or pov had it switched to. It was so confusing, I had to backtrack too many times, and still it was a struggle to figure out what was what. Val, was such a waffler. I love him, I hate him, I will hurt him, I'd never hurt him. She would sitch back almost in the same breath, and she did it so much. Lastly the info dumping at the beginning was overwhelming. The first 35% was filled with names history, acts, times, it was almost enough to make me quit the book. Will I continue the series in this world, yes ! I know these people and can't wait to see where they end up. I received an advanced copy of this book for an honest review

Finally I feel like I've waded through all the muck to reach the shore where the story really begins. I could have missed the first 35% and been very happy.