Log in with Facebook
or
Wrong email address or username
Sign up
Already on BookLikes? Log in!
Incorrect verification code
Please, check your email, the code to access your BookLikes blog was sent to you already.
Enter code:
« Back Send
back to top
Search tags: Stephen-Laws 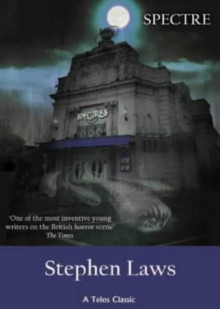 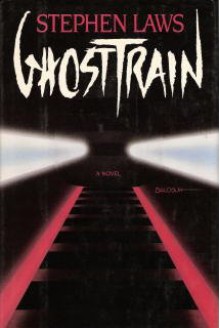 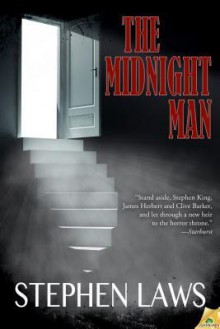 Stephen Laws may not be as renowned as his contemporaries James Herbert or Graham Masterton but that is not to say his work as a horror writer is of any less importance. This is a very enjoyable collection of short horror stories; some are very good and a few are outstanding.

"Black Cab" The faceless driver of a city centre cab connected or not with the mysterious disappearance of a number of young ladies enjoying nights of fun in Newcastle city centre.

"The Fractured Man" What if you were a tortured soul and a lonely misunderstood man in your youth...would you not return at some later stage for revenge against those who had mocked you?

"The Causeway" Hugh a somewhat berated and criticized partner to the loud and raucous Pauline finally decides his own destiny. He clamps handcuffs on her right wrist attaching Pauline to the steering wheel and waits for the incoming tide to decide her fate. A unexpected ending completes a lovely little tale.

"The Crawl" A couple driving home on the motorway become involved in an incident that leads to a very scary encounter with a "scarecrow" figure " I had the most alarming and intense image that a scarecrow figure was going to step out from the hard shoulder and lay a hand scythe across the windscreen" The scarecrow provides a very powerful and memorable image in this fast flowing and intense story.

I received a copy of The Midnight Man from Samhain publishing in exchange for an honest review and that is what I have written. A good solid collection of horror gems from a highly respected English horror author enjoys a 4 star recommendation from me!

My rating system is really no mystery. I judge a book on my enjoyment factor. I don't delay in writing my reviews after having finished a book because I want to give my honest reaction to the completed read the moment I'm done. Will you give SPECTRE, by Stephen Laws, five stars as well. Probably not, but I had a fucking blast with this book.

Let's list the things that come after our heroes and heroine in this novel, shall we?

Snakes capable of tearing a man apart, a murderous ventriloquist dummy, a television possessed by ectoplasm, a reanimated owl and bear that had presently been stuffed and stored in a museum, a Gorgon (yes, like fucking Medusa), living manikins (mannequins, for us Americans) and some weird vampire/zombie bastards that kill an entire nightclub full of people. Come to think of it... this book is like a ultra-violent episode of Doctor Who. Coolness!

Honestly, this book has no idea what it wanted to be. You have Greek mythology, ghosty-goos, shape-shifters, all sorts of junk. Overall, it is the epitome of 80s schlock horror. It's a B-movie with a summer blockbuster's budget. The killings and gore are over the top, the ending is full-on cheese, the bad guy monologues about the whys of his evil plan for six pages (I know some people dislike that, but I'm a fan, in a campy sense), the main character breaks his rib then the author forgets the guy broke his rib and never mentions it again, and one of the good guys gives a last-breath speech as he dies. This book is a pile of stupid, but it's also bloody brilliant. Did I mention that Stephen Laws is an English writer? Well, he is, and I love English horror.

In summation: If you're a fan of horror movies like THE GATE and WITCHBOARD and SUBSPECIES, this is the book for you. Your IQ might drop a few numerals, but you'll fun yourself dumber, and that's what life's all about. Also, I was able to read the entire thing in about five hours, so it must be good, right?

So bloody good. Big dumb fun. Should this one wrapped up in another hour or so. :)