Log in with Facebook
or
Wrong email address or username
Sign up
Already on BookLikes? Log in!
Incorrect verification code
Please, check your email, the code to access your BookLikes blog was sent to you already.
Enter code:
« Back Send
back to top
Search tags: Steven-Brust 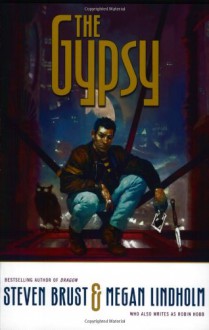 I love books by Brust and Lindholm, but this one just came off as bland and longwinded. 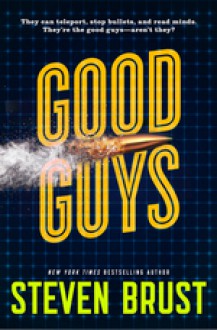 Kind of odd, isn’t it? I’m waiting for my chance to kill a complete stranger, and to kill him in an ugly and gruesome way, so I fill in the time by checking out local architecture and museums. How did I become this person? Well, put that way, it was simple: Some son of a bitch had destroyed my life, and he just didn't give a shit. To him, I’d been another chance to climb a ladder, add zeroes to his bank account, have more people calling him sir. To him, that’s what mattered. Maybe there really is no satisfaction in revenge, but I can tell you one thing for sure: There's no satisfaction in letting someone get away with ruining your life, either.

And the Museum of Science and Industry is as good as the hype, so there’s that.

In almost every Urban Fantasy series there's some sort of explanation for how magic/magic beings/magic users/etc. is/are kept under wraps so that we muggles can keep living our lives unaware of what's going on all around us. Some of it is a by-product of magic/the supernatural that just clouds our minds, some of it is the result of efforts of the supernatural community (or at least part of it) keeping it under wraps. In Steven Brust's Good Guys, The Foundation is tasked (among other things) with keeping magic off of the radar of mundane people.

Now when you have someone like our above narrator, killing complete strangers in ugly and gruesome ways enabled by magic, that particular task gets more difficult than usual. Here enter our protagonists -- a Foundation Investigation and Enforcement team consisting of a very skilled investigator, a young sorcerer, and someone who provides security for them -- they might also pick up a little extra help along the way. The team works through a combination of old school detective work, magic, high-tech wizardry and gumption to find the connections between these victims and use that to uncover just who might be behind the killings.

The investigation is well-constructed and keeps the reader guessing and invested. Brust's jumping between various perspectives is well-done -- the touch of only the killer being in the first person is an interesting touch (most authors would have one or more of the Foundation team as first person, with the killer in third) -- not just with the team, but with various other individuals within the Foundation, giving a real sense of the scope of this group. The characters are interestingly conceived and executed -- the killer's motivation is easy to understand (not saying it's easy to sympathize with, but you have a hard time wanting him stopped at all costs). When the pieces finally fall into place, it's very satisfying.

One of the nicest touches Brust gave this world is a tiny budget for the Foundation -- for a global security and research enterprise, they seem to be operating on a shoestring budget -- they certainly don't pay their employees very well. I'm not sure why this tickles me the way it does, but unlike the Men in Black, S.H.I.E.L.D., or any of the other clandestine groups that fill our imaginations -- these guys can't just whisk around the world at the drop of the hat. They have to fly coach at one point, rather than use the teleportation ability of the Foundation.

The members of the team make very little, and live pretty solitary lives (it's not like they can tell anyone what they do) -- there was a humanizing moment for each of them at various points through the story considering a pet to help them fight the solitude (all different potential pets, too).

This was a solid thriller with some great Urban Fantasy touches, a very satisfying solution that rings true. Well-paced, well conceived, and well-executed -- in short just what you want out of this novel. A very pleasant way to spend a couple of hours. I don't think this is the first of a series -- but if I'm wrong, I'll gladly jump on the sequel. We look nothing alike. Nothing. And Emily is safely dead. Dead, I say. Why would you even imply that she is still alive & our clone-leader? https://t.co/aIBlYrRYfl

Quote of the Day: "Political slogans serve oftener to
disguise interests than to call them by name." Trotsky

— Mark Lawrence (@Mark__Lawrence) February 1, 2017
Click here for other posts in the series. 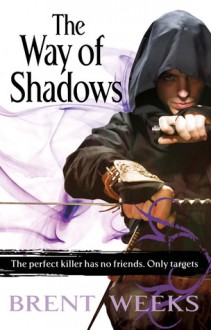 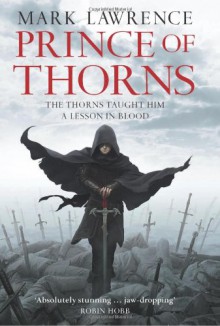 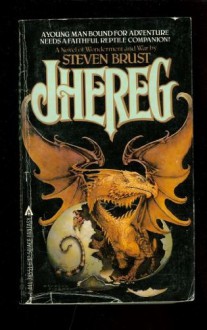 ML is the author of the Broken Empire Trilogy, which is amazeballs!

You say tomato, I point you to studies of variation of pronunciation on a geographical, historical, and class basis. #IAmNerd

SB is writing the Vlad Taltos novels that are still being written (Thank god!). Be amazed by the beautiful cover of the latest book in the series!

It's important to have a code phrase to let people know if you've been kidnapped or are communicating under duress. Mine is, "Mmmm, kale!"

BW wrote the Night Angel trilogy. The protagonist of the series is on my list of favorite assassins.