What a strange and fascinating video.

The Jonathan Strange & Mr Norrell tv-series  looks very interesting. I have own the book for years...perhaps time to read it. 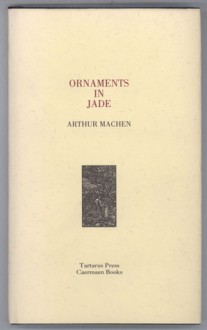 If you understand the "six degrees of separation" concept, also known as the Six Degrees of Kevin Bacon, that is what this review is about.  We have a little book here entitled Ornaments in Jade that was published by Tartarus Press in conjunction with Caerman Books on the centenary of its original publication. 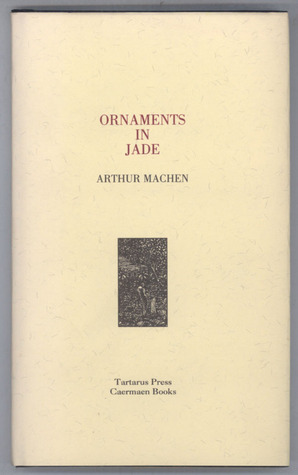 The stories, better described as prose poems, are lively and weird.  Eerie and sometimes horrible.  There were only 350 copies printed in 1997.  My copy has a bookplate by the late Roger Alan Dobson in it (look him up sometime).

There is a nice little introduction by Barry Humphries.  So what?  Well Barry Humphries is none other than Dame Edith Everage and Australian parliamentarian Sir Les Patterson.  Look them up.  Now we have Arthur Machen connected to Ringo Starr, Robin Williams, Whoppi Goldberg, and everyone else Dame Edna ever "interviewed" or worked with.

So the next time someone asks you what The Hill of Dreams has to do with Mork & Mindy, well, you can tell 'em.

An excerpt from chapter 7 of Something Strange & Deadly, read by author Susan Dennard