Log in with Facebook
or
Wrong email address or username
Sign up
Already on BookLikes? Log in!
Incorrect verification code
Please, check your email, the code to access your BookLikes blog was sent to you already.
Enter code:
« Back Send
back to top
Search tags: The-Iron-Knight- 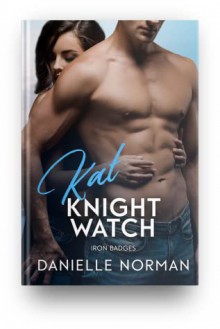 Damsel in distress? No way! Norman continues to flip the switch and create a new type of heroine. Kat is bad to the bone with the heart to back it up. Kat finds herself thrown off her game when she meets her match in her total opposite. Jackson is business suits. She's bad *** and leather. Will falling in love change the fighter she was always meant to be? Kat: Knight Watch is a fearless walk on the wild side. From sexy and sassy to emotionally, unpredictable. Kat and Ty bring the heat and the sweet. 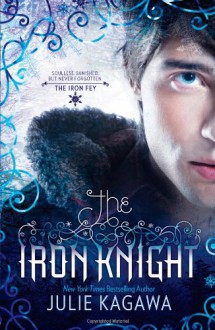 At first, I gave The Iron Knight 3 stars because I simply didn’t care, but then I had a day to think about it, and I realized that there was literally no point to this book. If The Iron Queen had just ended with all the Meghan and Ash shippers getting their wish then this book wouldn’t have had to happen!

First of all, the author does something that should never be done (but usually is anyway):

she brings Ash’s dead lover back to life.

Like, in what world does this make the least bit of sense?! If Kagawa is focusing on Meghan and Ash, then let the focus stay on them because it is the final book.

Second of all: even if Kagawa did

bring Ariella back to life

did she not think that this should’ve added depth to Ash and Meghan’s love? Like, isn’t he going through a trial for her right now?

Then why is he getting all gooey-eyed on Ariella?! Like, if you really loved Meghan then you should be able to tell your ex that what’s done and is done and that you loved her, but you love someone else now! And why, oh why, did Ariella live, only to sacrifice herself for Ash?

Third of all: didn’t really find the trials to be interesting. Personally, if I’d been expected to go through a trial like Ash’s that would decide the rest of my eternity then I’d probably expect trials that attempted to reveal my past or made me question myself as a person or even trials that made me question my purpose of doing this—in Ash’s case, Meghan. But nope, I fear MORE for people that have to go to a clown party and are scared of clowns than I feared for Ash.

Even though this was a last book that didn’t really need to be written, I feel like a lot of potential was wasted on this one. But, a wrapped up ending was given, so…

"Geez, you guys. I know I'm popular and all, but seriously, you're a bit too co-dependent for me. I'm going to need you to step away from my personal bubble."

A wispy vine-woman curled ivy tendrils around his arm, and he sliced through them with his dagger. "No! Bad Wraith! No touchie!"
Like Reblog Comment
show activity (+)

My name—my True Name—is Ashallayn'darkmyr Tallyn. I am the last remaining son of Mab, Queen of the Unseelie Court. And I am dead to her. My fall began, as many stories do, with a girl…

To cold faery prince Ash, love was a weakness for mortals and fools. His own love had died a horrible death, killing any gentler feelings the Winter prince might have had. Or so he thought.

Then Meghan Chase—a half human, half fey slip of a girl—smashed through his barricades, binding him to her irrevocably with his oath to be her knight. And when all of Faery nearly fell to the Iron fey, she severed their bond to save his life. Meghan is now the Iron Queen, ruler of a realm where no Winter or Summer fey can survive.

With the unwelcome company of his archrival, Summer Court prankster Puck, and the infuriating cait sith Grimalkin, Ash begins a journey he is bound to see through to its end—a quest to find a way to honor his vow to stand by Meghan's side.

To survive in the Iron Realm, Ash must have a soul and a mortal body. But the tests he must face to earn these things are impossible. And along the way Ash learns something that changes everything. A truth that challenges his darkest beliefs and shows him that, sometimes, it takes more than courage to make the ultimate sacrifice.

This is the fourth book in the Iron Fey series. I absolutely loved it!

Ash is a fantastic character. I didn't like him when he was first introduced into the Iron Fey series, as he, being the third son of the Unseelie Queen and prince of the Winter Court, was the enemy of Meghan. However, as the series progressed, I fell for this complex being. By the end of The Iron Queen, he had my heart. Now that Meghan is the Iron Queen, Ash faces a difficult choice. Live without her forever, or find a way for them to be together at great cost to his fey life by becoming mortal. Ash's decision to find a way to be with Meghan in the Iron Realm will have huge consequences if he should fail. But, in order to keep his oath to be her Knight, he will have to find a way to earn a soul.

After reading the first three stories through the view point of Meghan, I found myself intrigued with this tale as it's told through Ash's eyes. He usually hides his emotions under an icy exterior. This is due to his upbringing where showing emotion is seen as weak in the Winter Court, so getting to see the world through his eyes was an eye-opener for me.

I loved meeting Puck and Grimalkin again, as well as a few other characters from the previous books. The story is again full of danger and adventure. In this story, the reader gets to see what happened to cause the feud between Ash and Puck. It was a tragic accident, but their friendship had become irrevocably strained by a vow made in anger and sorrow. Even though they are bound by this vow, there is a respect and deep friendship hidden amongst the heartbreak.

As the story unfolded, I found myself on a roller coaster ride of emotion. I had tears streaming down my face even when there was no logical reason for them. Call me a soppy romantic if you will. However, the danger that Ash, Grimalkin, The Big Bad Wolf and Puck faces had me sitting on the edge of my seat. I love the witty dialogue between Ash and Puck, and Grimalkin is his usual secretive self. Due to the vivid descriptive writing, I could picture everything perfectly in my mind's eye. I had shivers running up and down my spine when the group of characters ended up in a town where the fey who have been forgotten congregate. It was incredibly creepy. Just thinking about it has just sent another shiver down my spine! Although the trials Ash faces to gain his mortality are dangerous at times, it was the courage of another character that impressed me; there is a surprising twist involving them that I didn't see coming.

I reached the end of the book feeling a little wrung out. Ash's quest to be with his love touched me deeply. This story (and series) has to be one of the most emotional reads I've read for years. As I said in my review of The Iron Queen, I must be a masochist because I am looking forward to reading The Lost Prince, which follows Meghan's brother, Ethan, as soon as I can.

Julie Kagawa has written a fantastic Young Adult series. I love her writing style, which is fast paced and exciting. The flow was also wonderful, as each scene moved effortlessly into the next. She has found a firm fan in me and I will definitely be reading more of her books in the future.

There are scenes that have some violence or are a little gory, therefore, I do not recommend this to readers under 15. However, I highly recommend this book if you love YA fantasy or paranormal romances. - Lynn Worton

I read each page with happiness and sadness, because after this book there is no Ash, Meghan, Grimalkin. But the end of the book worth it.
More posts
Your Dashboard view:
Activities All Reviews Text Photo Quote Video URL
Liked posts Top Tags
Press About Terms of Services Privacy Policy Contact Us Blog FAQ Patronaty medialne BookLikes for Authors Partners panel more...
Team Themes Docs API Blogs
Copyright © 2021 BookLikes