Log in with Facebook
or
Wrong email address or username
Sign up
Already on BookLikes? Log in!
Incorrect verification code
Please, check your email, the code to access your BookLikes blog was sent to you already.
Enter code:
« Back Send
back to top
Search tags: The-Revelation 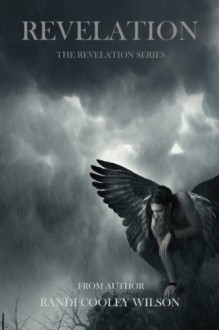 This book started off very interesting! I love mythology-based stories, it gets even better when it's mentioned that one of the creatures that are part of this story are gargoyles. Having more obscure creatures be a big part of a story is amazing to see.

The writing style is a bit too descriptive for my taste but that was lessened by speeding up the audio narration. One thing the author does well is create tension and angst between Eve and Asher. There were some points where it could be cut with a hacksaw and it still would have taken some work. Though it got frustrating towards the end because it was never explained why they couldn't be a couple in the first place other than "that's a no-no".

Eve started off very innocent and sweet and I don't mean that as a compliment. There was bearly any spunk to her at all. Her friends dictated her life in terms of going out and "being social". Personally, I wanted her to have a bit more personality. When things started going it didn't get any better because everyone kept everything from her always. There were small tidbits here and there that she would overhear but it never made much sense because she didn't know any background on anything anyway. This trope of keeping the main character in the dark with the reader is one of the tropes that can go so wrong when not done properly. I think the story would have been better had this been executed better.

Asher was a mysterious and standoffish character that I disliked at first. His tender moments eventually overpowered his bad moments and I concluded that he was the lesser of two evils. It's implied that he's still keeping a big secret from Eve and I'm close to pulling my hair out in annoyance due to all the secrets making up this story. Can everyone ever get on the same page?!

I had an inkling that something was going to go wrong with their idiotic plan at the end. I wasn't surprised if I'm honest. Most of the girls Eve hung out with throughout the novel didn't really stand out to me. They all blurred into one, except the B with an itch whose name I don't care to remember (she can go die in a ditch somewhere for all she adds to the story).

I've seen a lot of criticism thrown this narrator's way and I have to disagree. I really enjoy her narrations! She has a good enough range where each character has a distinctive voice and accent, which means I don't get lost in conversations with 3+ people. Personally, she reads at a slower pace than I find comfortable so I fixed that by speeding the audio book up to x1.25. What we can take away from this narration is that taste is subjective and that's totally fine! Everything will not be for everyone! 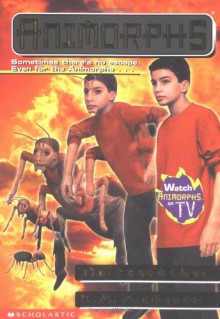 Marco's home life is going to get a little more complicated than having a math teacher for a stepmom.

When his dad reveals over dinner that his latest project is developing communications in "z-space" Marco knows his dad's time as a free man is limited.He's had an awful time with his mother being a leader of Yeerk forces, he doesn't need this. Questions also arise about the complications of having another Yeerk close enough to observe the team's movements.

There's not much I can say without giving away too much, but Marco has turned around from being one of the most irritating characters into the series' greatest asset. Well played Applegate and ghost writers, well played. 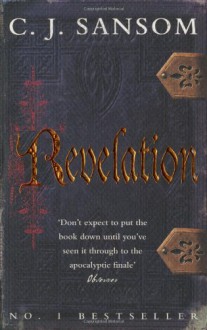 Revelation is the fourth book in the Shardlake series and as with the other books in this series, this was a great read. Sansom effortlessly combines historical facts with a compelling mystery and these books are addictive, it´s hard to put them down once you start reading them.

However, Revelation isn´t my favorite book of the series, because the main plot is about a hunt for a serial killer. And I find these kind of stories to be formulaic most of the time. Unfortunately, this book felt formulaic too, even though the writing has been amazing as it always is the case with a Sansom book.

I always complained (mind you, not in a negative way) about how life and people have been horrible towards Shardlake, because it made me so emotional. This doesn´t happen quite as much in this book ... and I missed feeling emotional about Shardlake. Which is the reason why Sovereign still remains my favorite Shardlake novel to date.

I´m really worried that something is going to happen to one of the characters we follow throughout the novel.

Keeping my fingers crossed that I am wrong.

At the moment I just want to tell Barack that he has to get a grip on himself. I can´t remember him being that irritating in the other books. Quiet the contrary, I remember liking him.

Well, maybe it´s the special circumstances that has turned him into a douche, but I sincerely hope that his character improves throughout the novel.