Log in with Facebook
or
Wrong email address or username
Sign up
Already on BookLikes? Log in!
Incorrect verification code
Please, check your email, the code to access your BookLikes blog was sent to you already.
Enter code:
« Back Send
back to top
Search tags: The-Silver-Linings-Playbook A football fanatic named Pat has just been released from a neural health facility. He’s eager to reconcile with his ex-wife and get back to watching his favorite football team, but the world seems so different. He soon learns that he has been in the facility for four years, and he can’t remember what happened during that time.

I went into this book knowing nothing about it. I haven’t seen the movie, and I didn’t read the synopsis, but a lot of people have recommended this book to me, so I thought, Why not?

I was pleasantly surprised. The story is so quirky that I flew through it. I finished most of the book in a day because I couldn’t put it down. It’s a quick and entertaining read.

Pat is an unusual narrator. He’s 35 years old, but he has the mind of a child. I enjoyed seeing the world from his perspective and reading about his family dynamics. He’s very reliant on his mother and brother, but his father wants nothing to do with him. The only time that his father will speak to him is when they are watching football. It’s an interesting relationship. I felt bad for Pat because he really wants to please his father, but his father isn’t interested in interacting with him.

I really like that this book gives the reader a glimpse into “football culture.” I’m not a football fan, but I know that some people take it very seriously. The scenes of Pat and his family during the games are intense, hilarious, and believable.

Even though I enjoyed reading from Pat’s point-of-view, I found the inconsistencies in his character frustrating. The author never tells the reader why Pat is so childish. Before Pat went into the neural health facility, he had a wife, a job, a house, and a college education. I assumed that his childishness came from a brain injury/brain damage that he got as an adult. But, the author never says, and Pat’s behavior is inconsistent. For example, he’s capable of reading and understanding classic American literature, but he has a very childish vocabulary. Also, he can analyze the complex plots of books, but he easily believes that a burglar broke in and stole nothing but his wedding photos. That seems odd to me. Not fully understanding Pat’s behavior was frustrating enough to distract me from the story.

Overall, I did like this peculiar book. Reading it has made me curious about the movie. I’ve heard that it’s very good, so I’ll have to track down a copy.


"Life is hard, and children have to be told how hard life can be…So they will be sympathetic to others. So they will understand that some people have it harder than they do and that a trip through this world can be a wildly different experience, depending on what chemicals are raging through one’s mind.”


“If clouds are blocking the sun, there will always be a silver lining that reminds me to keep on trying.”


“I am practicing being kind over being right.”

“Life is random and fucked-up and arbitrary, until you find someone who can make sense of it all for you— if only temporarily.”

This book follows Pat Persons as he deals with reintegrating in life following a stay at a neurological health facility, he can't remember swaths of time and is completely obsessed with bettering himself to win Nikki, his wife, back. During this reintegrating he befriends Tiffany, his best friends sister in law, who is depressed and rather manic. Through out the book we get to see the impact of Pat's mental health on his family and friends, from Pat's perspective.

I thought this book was really interesting. I enjoyed seeing things through Pat's perspective especially the way it impacted his family.  One thing that did drive me nuts through the whole book was the way Pat always said "apart time", though I understand it as a character choice. I thought Pat's family was really interesting and found the superstitious nature of football fascinating.  What I didn't love was the way that Tiffany seems to irrationally hate the sport because it was never even remotely explained.  Which maybe the point, to play up her crazy, but still it just seemed like a device to play up Pat's sacrifice for the dance.

Also in some ways I got a MPDG vibe from Tiffany even though she doesn't really fit the description given her whole mental health situation and selfish/selfless choices.

I didn't read as many books as I wanted this year but all the books in my top 14 have a special place in my heart. I know that a lot of these books aren't the most well written books. I know that. But these are the books that had the more fun reading(The selection, TSDoLB....), that made me cry(ItSB...), that made me laught, that took my breath away...

So to cut a long story short, those are the books that I enjoyed the most:

1.Into the still blue by Veronica Rossi

2.The program by Suzane Young

3.The secret diary of Lizzie Bennet by Bernie Su and Kate Rorick

6.The madman's daughter by Megan Sheperd

7.On the island by Tracey Garvis Graves

8.Dragonfly in Amber by Diana Galbadon

9.Quintana of Charyn by Melina Marchetta

10.The trap by Andrew Fukuda

11.The Bone season by Samantha Shannon

13.The farm by Emily McKay 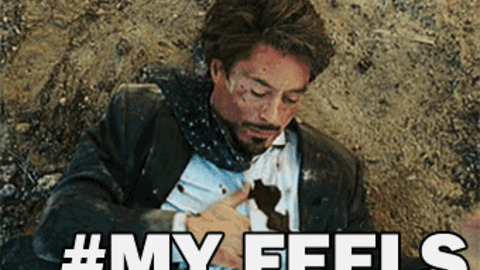