Log in with Facebook
or
Wrong email address or username
Sign up
Already on BookLikes? Log in!
Incorrect verification code
Please, check your email, the code to access your BookLikes blog was sent to you already.
Enter code:
« Back Send
back to top
Search tags: US-Army Sebastian Junger embeds with the Army in Korengal Valley in Afghanistan. He gives us a look at what the American soldiers are doing in the worst area of Afghanistan. It is not pretty but it gives a picture of what happens and what the soldiers think.

This is not the easiest book to read because of the emotions brought up by it. I felt it was an honest look at what was happening to this particular group of men. I came to know these men through Mr. Junger's writing. I hated when any of them died. I hated when they were wounded. I found it interesting how the Army tried to understand and help and bring the villagers onto their side against the Taliban. I never thought about how necessary it is for the native populations to want the Americans there and the help given on both sides. I liked that we discovered what happened to some of the men who went home. Not a pretty picture. Many cannot adjust to civilian life. They have seen and done too much.

In addition to what happens with the soldiers, we are also given rationale behind decisions as well as how things are done. I found it profound that the soldiers saw themselves as part of their group, not as individuals. They would let you know if you stepped out of line whether you were grunt, officer, or journalist. I learned so much about the Army and the soldiers that I have more respect for them. This was an eye-opener for me. 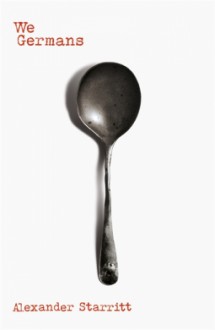 A young British man asks his German grandfather about his experiences in the war and gets no clear answers, but after the grandfather's death, a long letter is found addressed to his grandson which tells him the answers to his questions.

The grandfather was an ordinary foot soldier on the Eastern front, suffering not only the horrors of war but of decisions made by higher ups. He carries guilt for some things he had to do under orders and details out all the unpleasantness of what his life had become.

This is fiction and I have no way of knowing how close to factual experiences of German soldiers in WW2 it is or isn't, but it reads with plausibility and I was definitely gripped by the story. I generally avoid WW2 stories, but this was different because of the inside perspective of the side that lost, unlike the usual British and American films that glorify a horrendous state of affairs.

Most interesting was the very human side of the story as a group of soldiers get separated from their unit with no officer and have to make decisions for their own survival as well as considering accountability for their role in the war when eventually they get home, if they do.

Foraging for food, encountering others involved in the war on both their own side and the Russians brings a series of adventures. Near the end it gets rather intense with action, but there is also philosophising of an ordinary man who happened to be born at a time and place that would require he fight for the Nazi army and see his side lose, when all he really wanted was to go home and raise a family. I'm reconsidering my initial intention to add this book to the book box once I'm done with it. Though I'm less than a twentieth of the war through the book, it's already proving to be a fount of detail about subjects that have long been of interest to me. Having just finished the section on the planning for MATTERHORN (the plan for American bombers to strike at Japan from bases in China), I'm looking forward to reading the authors' coverage of its implementation (spoiler: it doesn't go well). Historical fiction with humour, what's not to love? This drew me in right away with all the tension of a Viking raid on a monastery and a protagonist who never wanted to be a monk. Conrad is funny in his totally mercenary reaction to the situation and consistently along his further adventures. I do love an intelligent character with a good sense of survival.

It's set against a fairly accurate backdrop of history of the Viking invasions of England. Exactly what's based on fact is explained well in a note after the story and holds some real surprises as some details that seemed unlikely turned out to be based on archaeological finds! I may have a couple of locations to visit on my travels.

The story keeps a good pace and despite his perpetual self-interest, Conrad is actually a likeable character. How he came to be a monk gets explained in the curse of the story and it's easy to sympathise with him on that particular downturn of his constantly changing fortunes.

Best of all, the story puts believable faces to groups of people from history. Personalities among the Danes as well as historical figures bring the setting alive and I did laugh out loud at a few all too human foibles along the way.

I highly recommend this story for anyone who likes a Pratchett-like laugh, even if they don't normally read Historical Fiction. My only complaint is the overt way in which the author lets us know there will be a series. I will be interested in the next book despite my usual disinterest series that use this tactic.