Log in with Facebook
or
Wrong email address or username
Sign up
Already on BookLikes? Log in!
Incorrect verification code
Please, check your email, the code to access your BookLikes blog was sent to you already.
Enter code:
« Back Send
back to top
Search tags: Vortex 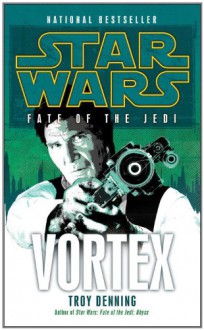 The Fate Of The Jedi saga continues with this novel as Luke and Ben actually work alongside the Sith to hunt down Abeloth. This one also starts to move the overall plot of this particular saga along more so than the previous entries. The Jedi Council starts to break up their stalemate (thankfully), and more light is shed on the mentally disturbed Jedi that have haunted Han and Leia and the Council since book one. Hopefully the next one will further provide answers to the issues being faced by the main characters. 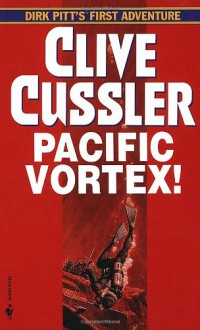 A mysterious area at sea just off the coast of paradise, a missing advanced Navy submarine, and a dashing Air Force pilot that loves the sea and women just seems like adventure.  Pacific Vortex! by Clive Cussler was the sixth Dirk Pitt book published, but was the first story written by Cussler featuring Pitt that he finally relented in having published and as all the classic elements that signify a book in the series.

A new advanced Navy submarine is taking its shakedown cruise when its commander decides to investigate an anomaly of both weather and sea floor, the sub disappears and resulting search finds nothing.  Six months later, Dirk Pitt is on vacation in he spots a communication capsule from the missing submarine and after delivering it to Naval base is seconded from NUMA to 101st Salvage Fleet and learns of titular Pacific Vortex in which 38 ships have disappeared.  Bringing both a fresh expression and information he’s learned from a local native Hawaiian, Pitt deduces that everyone has searched in the wrong area and a potentially lost island might be near where the ships are.  In the resulting search, Pitt and the Navy find the sub but can’t begin salvaging because they are attacked forcing them to retreat.  The attack continues on Oahu as the daughter of the admiral heading the 101st is kidnapped and Pitt almost murdered by the leader of the mysterious group.  The Pentagon decides to strike the area with missiles to destroy not only the sub but any threat from the area in the future, but Pitt mounts a rescue mission for the admiral’s daughter and the sub before the strike.  Unfortunately his plan fails, but luck allows both the rescue of the sub and admiral’s daughter to workout but not without a sacrifice on Pitt’s part.

Overall this is a quick paced book that keeps the reader engaged with its action and doesn’t slow down even when exposition occurs in the text.  While Pitt himself is fleshed out, other characters are for the most part two-dimensional though given the type of book this is.  Obviously there are a lot of clichés throughout the text, but even Cussler is smart enough to flip some on their head especially when book’s antagonist chides Pitt for thinking he can trick him into telling him his evil plan.  The classic car and legendary location that connects to the sinister plot are the primary motifs that this series is known for that make major appearances showing that from the beginning were always there.  The biggest flaw is that given what occurs later in the series about events taking place in this book, there is a major plot hole.

Pacific Vortex! is good adventure story that has shades of James Bond, but is very much something completely different.  This first adventure of Clive Cussler’s character Dirk Pitt, it does not have to be read first or sixth but whenever you decide to if you’re reading any books in the series.  If you’re into adventure, thrills, and quick books to read this is one to consider. 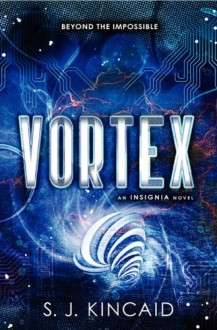 That was the thing about real life. Video games could be reset. There were second chances.

Book two in the World War III Insignia series is as thrilling as the first book. This series explores themes of power, corruption, friendship, and loyalty. Evil cooperations control everything, from the water and food to the war. Tom and his friends have computers in their heads and they are controlled by the government (which is controlled by the corporations). Tom is rebellious but loyal. In order to continue in his training, Tom has to get corporations to sponsor him, but he is incapable of hiding his real feelings, incapable of being political.

This is an exciting story. I loved the first book, and this one even more. I am starting book 3 right away! Watching Tom try to act political was so funny. There are some pretty tense moments and it is hard to know who to trust. I sort of guessed who was the leak, but I knew it would involve another twist. 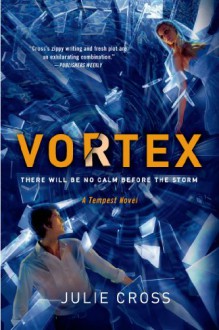 Jackson Meyer dedicated himself to the role of Tempest agent. Sometimes training is a pain in the ass, but at least it keeps him busy so his mind doesn't wander to Holly. Once he gets out in the field, things go well...until he accidentally runs into Holly at a bookstore, making his heartbreak over her impossible to ignore. Then Eyewall, another division of the CIA, starts poking around and suddenly Jackson and his fellow agents are in trouble. Jackson is in even more trouble because it appears that someone knows about his alternate timeline relationship with Holly. Someone out there knows how much she means to him and has put her in danger all over again. With the fighting between the two divisions becoming more common, can Jackson pull it together enough to save Holly again?

I liked Jackson just as much here as I did in Tempest. He's still smart and charming and totally head over heels for Holly. Even though I'm not a fan of the whole star-crossed romances (because those don't tend to end happily), I can't help but respect Jackson for manning up enough to let Holly go because it's the only way to save her. He's trying so hard to do the right thing that I just wanted to hug the poor guy. Adam and Holly are here as well, though in smaller amounts. Adam is exactly the same, but that's not necessarily true for Holly. I won't spoil it for you, but she's changed just a little. We get more of Jenny Stewart (Stuart? Listening to audios really makes spelling things properly difficult!), as well as a few new characters. Kendrick is probably my favorite new addition.

Real talk for a moment here, if you don't mind.

I have spent the last few days trying to write this review. I honestly don't know what to say. I enjoyed listening to this book. It was smart and entertaining and just a little heartbreaking, but when I try to come up with eloquent ways to say that and other things to comment on, my brain just refuses to compute.

I thought stepping away from it for a few days would help, but here I am again, staring at a screen, fingers poised to let out a review with no words in my brain. It's not just this book either. I have 3 other drafts to finish and I don't know what to say for them either.

With that being said, here is what I can say. This book is very entertaining. If you enjoyed the first one, you'll like this one. You definitely want to have the third book on hand for when you finish because we get a massive cliffhanger. Be warned, there is character death that will make you sob, so have some tissues. I also wouldn't recommend trying to read this without reading Tempest first. This is not a series where you can just jump in willy nilly. It has a proper order and that needs to be adhered to. Cross does a great job of building the tension on where this whole thing is going and even at keeping me in the dark on how it's going to turn out. I'm pretty good at guessing the outcome of novels, but I didn't have a clue with this. I still don't know where the series is going to end up taking me and that is a great feeling. There is a certain comfort in knowing where things are going, but there is also great fun in being kept guessing. Cross does a great job at straying from a predictable story line. I'm really excited to see how it all wraps up!

Audio Notes:
Matthew Brown has grown on me a bit. I really liked his narration in this one. Naturally, just as I start to really appreciate him, we run out of material. There is no audio version of Timestorm, so I'll be forced to read it the old fashion way with Matthew's voice weaving in and out of my head as I go. It's funny that once you start an audiobook, that is forever how the character sounds to you. Regardless, I definitely recommend listening to these two on audio, even if it does send you into audio withdrawal when it comes time to read Timestorm.