Log in with Facebook
or
Wrong email address or username
Sign up
Already on BookLikes? Log in!
Incorrect verification code
Please, check your email, the code to access your BookLikes blog was sent to you already.
Enter code:
« Back Send
back to top
Search tags: Wexler 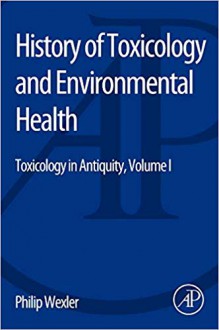 TITLE:  History of Toxicology and Environmental Health: Toxicology in Antiquity Volume I

"Toxicology in Antiquity" is the first in a series of short format works covering key accomplishments, scientists, and events in the broad field of toxicology, including environmental health and chemical safety. This first volume sets the tone for the series and starts at the very beginning, historically speaking, with a look at toxicology in ancient times. The book explains that before scientific research methods were developed, toxicology thrived as a very practical discipline. People living in ancient civilizations readily learned to distinguish safe substances from hazardous ones, how to avoid these hazardous substances, and how to use them to inflict harm on enemies.It also describes scholars who compiled compendia of toxic agents.
Provides the historical background for understanding modern toxicologyIllustrates the ways ancient civilizations learned to distinguish safe from hazardous substances, how to avoid the hazardous substances and how to use them against enemies"

An interesting, but somewhat superficial examination of toxicology in antiquity, each chapter covering a different topic and written by a different expert.  Topics include toxicology in Ancient Egypt, the Death of Cleopatra, Mithridates and his universal antidote, venoms and poisons in ancient Greek literature, the Death of Alexander the Great, the execution of Socrates, the Oracle at Delphi, Lead poisoning in Ancient Rome, as well as poisons, poisoners and poisoning in Ancient Rome.  Some chapters where better than others in terms of detail in covering the chapter topic.  Overall, interesting, but topics were of mixed quality. 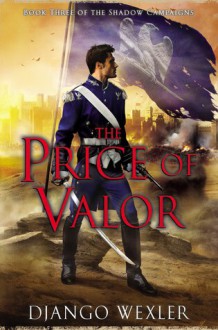 Queen Raesinia Orboan of Vordan is shaking things up with her new appointments within the Royal Army.  She is also handling the political upheaval that has followed the death of her father.  Former champions of her cause are new potential enemies that may try to bring her down.  The new Chairman of the Directory of National Defense, Johann Maurisk may have information that could be the end of her.  It has become necessary for her to go into hiding from potential assassins.  Close by her side is Sothe, who is no longer her personal maid, but the new Head of Household and much more.  She also has a new champion in the form of Marcus D’Ivoire, a stalwart and trustworthy military man.  Together they work to overturn the repressive elements within Vordan.

Meanwhile, Janus bet Vhalnich, is now in charge of the Royal Army, and his trusty soldier Winter Ihernglass has been promoted once again.  Within their own ranks, Winter’s love, Jane along with her new regiment, the Girls’ Own are becoming a thorn in the side of the Royal Army.  Vhalnich is marching the army to Elysium to confront the Priests of the Black, agents of the Elysian church.  The question is, can they overcome these dark forces who want possession of The Thousand Names, the mysterious artifact that was taken by Janus in book one. They must fight the enemy each step of the way and the demon that Winter carries within may be the most necessary weapon in defeating the true enemy, The Penitent Damned.

Janus remains the ever enigmatic general he has been throughout the first two books.  A strong force, he still appears to be fighting for something good but will we ever know what this guy is really up to?  Wexler keeps us guessing!   Anyone would be glad to have Marcus by their side, but he may be a bit out of his element when he is left behind in the midst of Vordan’s political upheaval.  Although this does leave him time to iron out some of his past and develop a burgeoning relationship with Raesinia.  Winter is one of the strongest female characters I’ve seen in a series.  She is just plain badass and gettin’ badder!  Raesinia is still growing on me as one of the characters introduced in book two and I do like her, but I’m not sure about Jane, Winter’s love interest, who was also introduced in book two.

I can’t recommend this series enough!  Django Wexler has yet to disappoint.  He is a very strong writer, keeping fans riveted book after book while balancing a multitude of storylines.  I am enthralled with these characters and each element that Wexler has introduced along the way.  As ever, Wexler’s strongest writing is on the battlefield.  I have yet to run into another author that writes his battlefield scenes with such talent time after time.   He also continues to adeptly build on the storylines of each of the characters, never really leaving anyone off on the sidelines.  For the stalwart fantasy fans, the magical element is taken up several notches here in book three.   I like it, I love it, I want some more of it! 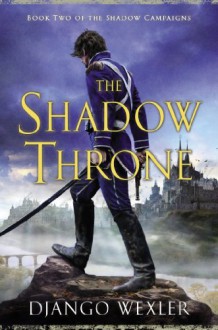 As her father, King Farus Orboan VIII lies dying, Princess Raesinia Orboan is the next in line to inherit the throne of Vordan.  But Raesinia knows that she can only reign successfully if she can oust the Minister of Information, Duke Orlanko.

The Duke is known as the most dangerous man in all of Vordan.  Underneath his lair lies the Cobweb, a place where the Duke imprisons and tortures those who are a threat.  Outside the walls of the Cobweb, Orlanko employs the Concordat, special agents who do his dirty work for him.  The Duke also possesses a special secret, one which will allow him to manipulate Princess Raesinia once she is in place on the throne, making him the king in all but name.

But Princess Raesinia has her own hidden plans.  By day she plays a delicate, empty-headed princess; by night she is Raesinia Smith, one of a small circle working behind the scenes to free Vordan of Orlanko’s influence.  Raesinia’s group is slowly gaining influence on the people and when a charismatic young man named Danton is persuaded to join them, they believe that the time has come to put a bigger plan in motion.

Colonel Janus bet Vhalnich was sent to Khandar to suppress the rebellion.  Fresh off the heels of that battle, Vhalnich is summoned back to Vordan and appointed the Minister of Justice.  Vhalnich is accompanied by Captain Marcus d’Ivoire and Lieutenant Winter Ihernglass.  Vhalnich and company are the characters we know from The Thousand Names, book 1 in the series.  While Vhalnich remains an enigma to those serving him (and those reading about him), we continue to follow the paths of Marcus and Winter closely.  Marcus is returning to his home for the first time in 19 years and he is haunted by loss and betrayal.  Winter is trying to come to terms with all of the recent changes in her life and when she takes on a new assignment her past also resurfaces.

New and old characters alike keep this a riveting read from the very beginning and it’s full of political intrigue.  I settled into this book and got lost in another world, loving this series! 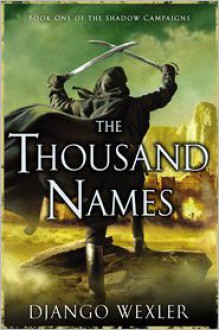 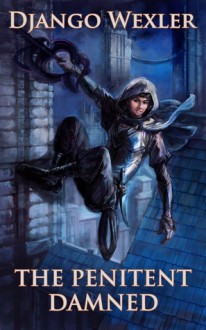