Log in with Facebook
or
Wrong email address or username
Sign up
Already on BookLikes? Log in!
Incorrect verification code
Please, check your email, the code to access your BookLikes blog was sent to you already.
Enter code:
« Back Send
back to top
Search tags: YA-Bound-Book-Tours 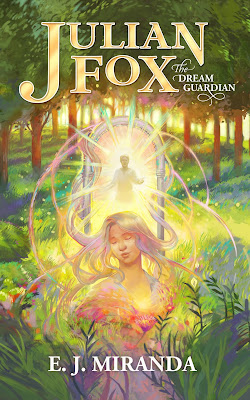 It is said that dreams are just that: only dreams. But believe me, this is not always true. Some dreams are as real as the dreamer.Thanks to their dreams, dreamers can receive the special visit of eternal wisdom that has inspired the creativity of great inventors, scientists, musicians, and even writers throughout the ages.This creative wisdom is not always the type that appears to the eager conscience. Sometimes, a Defiler, a destroyer of dreams, is the one who tries to appear before the dreamer. These creatures were once humans, but they allowed their pain and desire for revenge to take over and seek the same miserable fate for the one who dreams.You must not fear — Dream Guardians, also known as Kelsdrant, will always protect the one who dreams, even with their own life. They are people of flesh and bone, just like you and me, or at least they are on Earth.The following story is dedicated to the fun, extravagant, and enlightening life of Julian Fox, the Dream Guardian.Be prepared, dear reader. It is time to dream, laugh, reflect, and even maybe cry.Welcome to the Land of the Wise Dreams. 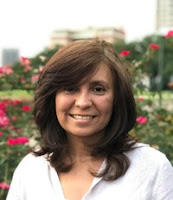 About the Author:
E.J. Miranda is an avid reader, an enthusiastic traveler, and a passionate author. Her great sense of humor and love for nature have granted her a rebellious writing style: her approach describes the adventures of life, but in such a way that each reader can have an individual take on the matter. Her inspiration comes from her curiosity about other countries’ cultures and peculiarities. A few countries in particular which spark her curiosity are Colombia, Italy, Costa Rica, England, Belgium, Mexico, Spain, and the United States. Her favorite places to visit are historical sites and museums, locations that allow her to explore important and even overlooked details. She currently lives with her husband in Colombia, but frequently travels to Houston to visit her daughter and son. E.J. Miranda has a degree in tax accounting, but she prefers interacting with people to calculating their taxes.
Author Links:
Website - https://www.ejmiranda.com
Goodreads - https://www.goodreads.com/author/show/19270855.E_J_Miranda
Twitter - https://twitter.com/authorejmiranda
Instagram - https://www.instagram.com/authorejmiranda
fantasy young adult YA series Humor teen new release Blog Tour Fox Miranda Julian Book Blitz release week YA Bound Book Tours julian fox the dream guardian julian fox the dream guardian julianfox ej miranda ejmiranda ej
Like Reblog Comment
show activity (+)

Dream Frequency by S.J. Lomas Genre: YA Release Date: June 2017
Summary from Goodreads:
Christine would never have considered herself new recruit material for a secret U.S. agency. Until recently, she's just been an ordinary girl graduating from high school and wondering if a friendship with Gabriel, a mysterious coworker, would grow into something romantic. When Christine's fascination with Gabriel leads to her discovery of dreamworlds, she learns that she's anything but ordinary. In this thrilling conclusion to Dream Girl, Christine and Gabriel must choose their allegiances and face corruption, conspiracy, and the complexities of love in order to save themselves and everyone who matters to them - or die trying.
Add to Goodreads Dream Girl on Goodreads
Buy Dream Frequency on Amazon!
My Review
I have to start off by saying I didn't read the first one in the series, but I didn't get lost due to the fact. I really don't know why but for some reason I didn't love but I didn't hate this book, and that's why I decided on the rating of 3 out of 5 stars. Favorite character would have to be Gabriel, I really enjoyed his points of views better than Christine. I am really having a hard time figuring out what to say about this book for the review. I do have to say I liked how the book end and things that happened I wasn't expecting. So that's why I didn't give the book a lower rating. And I also loved the plotline. I asked and was granted access too an e-book copy of this book. For the purpose of reading it as part of a book tour. I would love to say thanks to all parties involved for this awesome opportunity
. About the Author
S.J. is a cheerful Michigan girl who writes strange and somewhat dark stories for young adults and those who love to read YA literature.
Author Links:
Website│Goodreads│Twitter│Facebook
GIVEAWAY:
a Rafflecopter giveaway
Blog Tour Organized by: YA Bound Book Tours
YA Bound Book Tours
Like Reblog Comment

***Disclosure: I received a free copy in exchange for a review.***

Synopsis: "Princess Amelia is dead... and one of you will replace her."

Seventeen-year-old Victoria Sandalwood has served the Duke and Duchess all her life. Over the years, she’s learned to make due with what she has and endure her surrogate father’s awful punishments. She dreams of escape, but never expected it to come in the form of a message from the Queen of Westeria. Victoria learns that she’s the Queen’s daughter, the younger sister to Princess Amelia, and it’s time to come home and claim her birthright.

When she arrives, she discovers she’s not the only one who received the royal message. Victoria must compete with six other girls to earn the affection of both the Queen and a princely suitor… and to replace the secretly deceased Princess Amelia. If she fails to win the crown, Victoria may just have to fight for her life…

Royal Replicas is the first book in a YA dystopian series. If you enjoy courtly intrigue, heart-pounding adventure, and sweet romance, then you’ll love this captivating story. Perfect for fans of Kiera Cass, Bella Forrest, and Veronica Roth.

Fiery Passion (The Forbidden Darkness Chronicles #3) by Alec John BelleGenre: YA Paranormal Release Date: September 2017
Summary from Goodreads:
After the unexpected events at the end of Shadow People, Heather, Hayden, and their friends are trying to move forward with their lives. While trying to hunt down the new vessel of the Darkness, and trying to avoid a very complicated relationship, Heather thinks she can keep everything under control.Until she's taken by a demon named Ziminiar.As Hayden, Kadin, Philip, and Kristen try to find their friend, Heather unravels many truths about the world she lives in, the core of her being, and the true origins of the Monster Hunters. In the third installment of The Forbidden Darkness Chronicles, secrets will be exposed, relationships will be tested, and the ultimate betrayal will leave fans breathless.Because in a world where demons exist, nothing is ever as it seems.
My Review
Favorite so far, even though there's at least 4 more books to come. Kadin, Hayden, and Frostbite are my absolute favorite characters so far. I also really like
Heather and her bff Kristen as well. But the three guys I mentioned make the book for me.
Heather really goes through a lot in this book and learns things she'll rather forget, I am sure. I love that Hayden and Frostbite have a thing for one another and that Hayden is finally letting himself feel that and finally letting Frostbite know how he feels as well.
I hope Kadin gets some happiness as well, because I really believe he deserves that happiness, sure he did stupid things but he thought he was doing the right thing.
I really hope Heather starts to let Kadin in pretty soon or he gets over her and starts liking someone else. And I really hope Kristen finds someone as well, after everything she has gone through.
Of course the book ended in another darn cliffhanger, and I don't think the next book comes out until the ending of the year.
I have to say what I don't like about these books, is that they are really short books, I finished all three books over the weekend. But all three have a lot of action in such a short timeframe.
I am so glad I was chosen to take part in the book tour for this book. I really enjoyed all three books quite a lot.
Add to Goodreads
Forbidden Darkness (The Forbidden Darkness Chronicles #1)
on Goodreads
Shadow People (The Forbidden Darkness Chronicles #2) on Goodreads
Buy Links:
Forbidden Darkness (free for Kindle) : https://www.amazon.com/Forbidden-Darkness-Chronicles-Book-ebook/dp/B00O99L782/
Shadow People: https://www.amazon.com/gp/product/B06XD2NTTF/
Fiery Passion: https://www.amazon.com/gp/product/B06Y5LKCGK/
The Long Road Home (contemporary YA novel and currently free): https://www.amazon.com/Long-Road-Home-Alec-Belle-ebook/dp/B01IK89824
About the Author
Alec John Belle resides in Carson City, NV, where he is currently attending high school for his senior year. At the age of 16 he wrote his first novel, Before I Break. His hobbies include reading, writing, and obsessing over Pretty Little Liars. He writes about tough topics that many are too afraid to talk about like suicide, homosexuality, self harm, bullying, mental illness, among other teenage issues, and he often blends these ideas with the paranormal. Despite writing such topics, he is a very cheerful person who enjoys looking for the best in life, while trying to help others do the same.
Author Links:
Website│Goodreads│Twitter│Facebook
Blog Tour
Organized by: YA Bound Book Tours
YA Bound Book Tours
Like Reblog Comment
show activity (+) WOW this book is even better than the first one!!!! Still don't care for Philip, Heather's boyfriend and trainer, there is just something about him that I don't like and I just don't trust him either. Maybe because he's not whom I want Heather to end up with, I just am team Kadin, all the freaking way.

Sad ending and didn't see coming cliffhanger of a second book that's for damm sure. What a fantastic series so far.