Log in with Facebook
or
Wrong email address or username
Sign up
Already on BookLikes? Log in!
Incorrect verification code
Please, check your email, the code to access your BookLikes blog was sent to you already.
Enter code:
« Back Send
back to top
Search tags: a-long-story 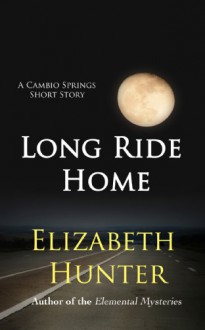 A great introductory novella with a neat little twist at the end. I can't wait to read the first book.
Like Reblog Comment
show activity (+)

A Long Walk to Water is the simplified and fictionalized story of Salva Dut, one of the "Lost Boys" of the Sudanese civil war of the 1980's.  His story of survival is interwoven with the story of Nya, a young girl in a Southern Sudanese village without a reliable water source in 2008.

A Long Walk to Water is one of the five potential options that rising 7th graders in our community can select for summer reading.  As a book to introduce the South Sudanese civil war and the co-existing inter-tribal rivalries to middle grade readers, even younger middle grade readers, it works well enough. As a book for adults, A Long Walk to Water leaves out too much to be compelling. 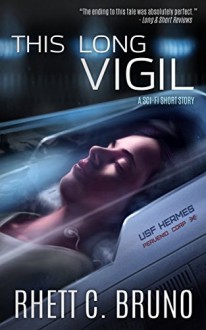 Aboard the Interstellar Arc, Hermes, Orion has spent the last twenty-five years being entertained and educated by Dan, the artificial intelligence that runs the ship and ensures the continued viability of its cargo, only needing human hands occasionally.

As I reached the top of the ladder, zero-g gently lifted my body. I drifted into the space – a tremendous, hollow sphere around which the Living Ring rotated. Rows of plantings and heat lamps wrapped in 360 degree arcs as if I were in a sea of green. Dan’s many appendages tended to the crops, probably using Fish’s remains to fertilize them.

Dan is transporting one thousand people to another star system, some 350 years away from Earth, which has an eighty-three percent chance of being able to harbour human life. Each person on board is suspended in a chamber full of fluid, connected to life-sustaining tubes for oxygen and nourishment from birth to seventy, at which point they are recycled.

When I reached the pregnant inhabitant, I turned my back to her chamber. It never seemed right to me to watch them give birth. The tubes attached to her would lift her legs and spread them so that the spindly apparatus descending from the ceiling could draw out her offspring. When I finally turned around, that metallic arm was lifting a bloody infant up through the opened ceiling. I made sure her readings were satisfactory while I waited for it to disappear. Everything went perfectly, as usual. The red-stained fluid in the chamber was flushed and replaced straight-away, clean as ever.

At any given time, there are 999 people aboard the Hermes living and dying without ever waking up, their ages staggered so as to insure a range of abilities when they reach their destination. One person, a monitor, is allowed to wake for roughly twenty-five years, returning to their slumber once they hit fifty, never to wake again before recycling.

“In twenty-three hours you will be fifty-years-old. As you know, I was programmed by my maker to ensure that there is always an able-bodied human on watch-”
“I know that!” I snapped, somewhat unintentionally. Last time he told me it was thirty-seven hours. There was less than one day until my eyes would never open again. It was going by too fast.

Orion, the sixth monitor, isn’t ready to hand over his post just yet. He wants to know another person, he wants to set foot on a planet, he wants to live.

And time is running out.

“You only have nineteen hours remaining-”
“Stop!” I bellowed, so loud that if the Life-Chambers weren’t filled with liquid I might’ve woken half of the inhabitants outside my quarters. I leaned my head against the cold metal wall beneath the viewport and stopped myself right before my clenched fist slammed into it. “Just stop.”

A number of people I know had mentioned this author as someone I needed to read, and now I understand why. It takes a very talented writer to put such depth of emotion into a short story, especially when the characters are an A.I. and a man with no real life experience.

On a long journey, the ship Hermes must always have one thousand inhabitants... Nine hundred ninety nice in a type of hibernation, and one conscious to care for them and to be a set of hands for the ship's artificial intelligence. But can life, once lived in even the smallest way, be given up again for duty?

This is one of those stories that will stay in my mind for a long time.

Eleven year old Salva was in school listening to the teacher ramble on about the Arabic language when the worst thing that you could imagine came to life. "Everyone, DOWN," shouted his teacher. Gunfire. "They're here," the teacher screamed with a tone that was filled with fear. "Go into the bush, NOW! Whatever you do, do NOT run home!" he spat at them as loud as he possibly could.

What should I do, run as far as my puny legs can carry me or run home and try to find my family? If I go look for my family I could be killed, but if I don't I will never see them again. Salva ran into the bush, as far as his little legs could carry him. He found almost his whole town inside a ring of trees. He ran to them, they where sorting through people. "You go with the men, you go with the men, you little scrawny boy" - me? Replied Salva. "Yes you, go with the women." He didn't want to argue so he ran over to the women. "Why are you here?" one asked. "The commander told me too." Salva replied.

They walked, until they thought there knees where going to bust. "We can stop here" one woman said. Salva instantly felt a rush of relief flow over him. They stopped at an old barn, they stayed for the night. It was a long and hard sleepless night. When he woke up he thought he was still in a nightmare. Nobody was there, they all left. He was shocked. He waddled outside and found an old ladies house. She was from his tribe; Dinka. She helped him, she gave him some food. Later, some people where passing by and she sent him off with them.

At first you could tell that they didn't want Salva, they thought of him as set back. So he was inspired to prove them wrong. Things where going well but food was always scarce. Every now and then people joined his group. Some stayed a while and some left the next day. One day something amazing happened. A boy Salva's age joined his group. At first they didn't talk much to each other, but the day came when a conversation was struck up. After that they became great friends. After months of desperately trying to escape the war something that only with God's help could've happened. "Salva, is that you," He heard a familiar voice say. "Salva?" He heard again. "Who's there," he asked. "Wait, Uncle, is that you?"  He questioned. "Yes it's me, Salva." Uncle answered back. Salva was so happy that he was reunited with his Uncle. He asked his Uncle if he knew where his family was, but his Uncle was hoping that Salva knew.

Salva and his best friend where like brothers, they where always together. Salva's group walked for almost a whole day until they decided to stop. Salva was so tired that he collapsed to the ground and instantly fell asleep. When he woke he heard the people crying. "What's wrong," he asked. A lion came during the night, he took Salva's best friend. Salva had no words. Life wasn't even worth living anymore to him.

At last they arrived. After years of walking. After years of barely living, they had successfully made it to the refugee camp. Although he got little food, it was a feast compared to the last few years. After a few years of being at the refugee camp in Ethiopia they where chased out. The government didn't know they where going to live there, their government didn't have any more money. They pushed to the Gilo river. They where shooting at us, we had no choice but to swim across. The crocodiles where getting people left and right, so where the soldiers shooting at us. Somehow I made it across, I never in a billion years would've thought that I would be one of a few that would make it.

Salva set off for Kenya. Salva didn't realize it but crowds of boys where following him. He was there leader. He took after his Uncle, who had been his old group's leader a long time ago. Salva misses his Uncle who was brutally murdered by the Nuer tribe. Salva had encourage the boys each day by telling them; "Just take one more step, just make it through this day." He told them that each day for a year and a half.

A year and a half it had taken them to get to the refugee camp. They had set off with 1500 boys and had arrived with 1200 boys. Salva was a great leader.

After living in the refugee camp for quite a while something nearly impossible happened, they where sending people to America to have a better life. Salva waited and waited. He waited so long that he didn't even check the list anymore. His friend ran up to him saying "Salva, you're on the list!" He took training on the English language and learned some things like; what a light switch is. He soon took off for America.

You can read the book to find out how his life in America went and all the other important moments during his life that I left out. Plus find out what he did to help the other Sudanese people. It's a short and an amazing book.

I recommend this book to people who like; realistic fiction, a thriller, cliff hanger, and an eye opening on reality.

Sorry my report was so long, it just flowed out of me.... my fingers hurt.

P.S. thanks for taking the time to read my report too. :)