Log in with Facebook
or
Wrong email address or username
Sign up
Already on BookLikes? Log in!
Incorrect verification code
Please, check your email, the code to access your BookLikes blog was sent to you already.
Enter code:
« Back Send
back to top
Search tags: a-wrinkle-in-time 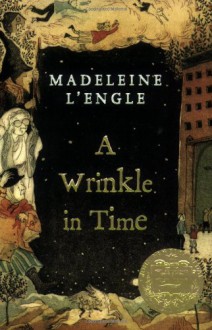 I decided to reread A Wrinkle in Time again because I am also going to reread the remainder of the Murry/O'Keefe series and I am one of those people who needs to begin at the beginning. I don't have anything to add to this review, except that I remain in awe of Madeleine L'Engle's extraordinary humanity. She was a remarkable woman, and I'm not sure that we deserved her.

Rereading the book inspired me to rewatch the movie, as well. Maybe this weekend!

I decided to reread after seeing the new Ava DuVernay adaptation with my daughter. I read the book as a child of the 1970's - probably a bit more than decade or so after the initial 1963 publication, around 1977, when I was 11. I fell in love with the book then, seeing much of myself in Meg Murry, the ordinary, often grumpy, young woman. I revisited L'Engle in 2015, and found that, while some of her books had not held up with reread, many of them did.

This book is part of my personal canon, one of the books that shaped my childhood and had a part in making me who I am today.

A Wrinkle in Time is a bit of a period piece, to be sure. Girls today are stronger, more self-aware, more cognizant of the pressures of an often sexist society, and more willing to buck convention in order to be authentic to themselves. Not all girls, of course, but some girls. Our culture, today, at least struggles to understand these pressures and to acknowledge that they exist, even if we often fail to genuinely confront them.

The DuVernay adaptation succeeds in a way that, after reading alot of L'Engle, and a fair amount about L'Engle, I believe that she would appreciate. Casting Meg Murry as a biracial young woman was an inspired decision, the relocation of the plot to a more diverse location in California, the addition of Charles Wallace as an adopted child, to me really work to illuminate some of the themes that L'Engle was writing about - alienation and dangers of extreme social conformity in particular.

There are parts of the book that are quite different from the movie, of course. In the book, the Murry's have two additional children, a set of male twins who are effortlessly socially competent. They are capable of fulfilling society's expectations with little work. Meg, on the other hand, is prickly, defensive, occasionally angry, and fearsomely intelligent - all things which 1963 America couldn't really cope with in girls. Heck, we still struggle with girls who are prickly, defensive, occasionally angry and fearsomely intelligent.

A Wrinkle in Time shines light into dark places. For that alone, it's worth reading. 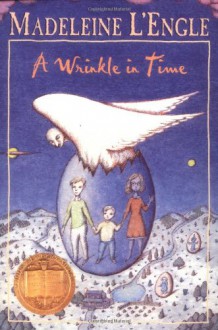 When Meg Murrays father disappears, Meg, her brother (Charles), and a friend (Calvin) travel through time and space to find him. They face many obstacles in these strange lands place by an evil that is threatening to destroy the universe called the Dark Thing. They must fight to save her father and destroy the evil! I would use this book to go over character traits and descriptions where the students could recreate certain scenes.

A Wrinkle in Time is the story of Meg Murry, a high-school-aged girl who goes on an adventure through time and space with her brother Charles Wallace and her friend Calvin O'Keefe to rescue her father from the evil forces that hold him prisoner on another planet. At the beginning of the book, Meg is troubled by self-doubt and her concern for her father, who has been missing for over a year. The plot begins with the arrival of Mrs. Whatsit at the Murry house on a dark and stormy night. Although she looks like an tramp, she is actually a celestial creature with the ability to read Meg's thoughts. She startles Meg's mother by reassuring her of the existence of a tesseract--a sort of "wrinkle" in space and time. It is through this wrinkle that Meg and her companions will travel through the fifth dimension in search of Mr. Murry.

Full of complex new vocabulary and relatable story lines, Wrinkle is a great book for 4th-6th graders. This is a great book to read aloud as a class or use in a literature circle. Activities and chapter studies are widely available online. 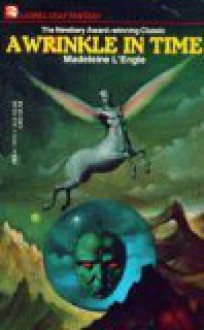 I'm on the wrong side of history here, but I didn't enjoy 'A Wrinkle in Time'. I'd read it before (at too old of an age) but had forgotten everything except the back garden and an alien planet.

Meg Murray and Calvin are great characters, but there didn't seem to be enough of a story for them to move within. I liked the Mrs....I loved the imagination...but it left me cold.

It's not you, its me Madeleine L'Engle.