Log in with Facebook
or
Wrong email address or username
Sign up
Already on BookLikes? Log in!
Incorrect verification code
Please, check your email, the code to access your BookLikes blog was sent to you already.
Enter code:
« Back Send
back to top
Search tags: author-khaled-hosseini 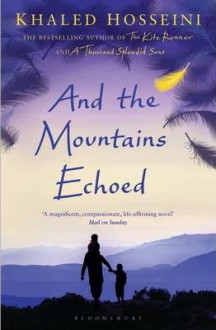 This is Hosseini's third novel, his weakest so far.

The story begins with the separation of the siblings Abdullah and Pari when Pari is sold to a childless rich couple in Kabul. What follows is a collection of short stories of people who are sometimes closely, sometimes loosely connected to that event, stories of love, of friendship, of blurred lines between these two, of family, of failure, of how people deal with loss, sickness, disfigurement in their own ways. And of how loved ones might not turn out to be whom you thought them to be.

"Sometimes a finger must be cut to save the hand."

Again, Hosseini manages to weave a tapestry with his words, especially the first story of about 50 pages, and the stories and allegories which are turned into reality within that one, showcase his tremendous abilities as a writer. But as much as the main story arc comes together in the end, there are unfortunately parts that remain apart, that don't mesh with the others... well, that don't quite fit right into this tapestry. Maybe it's the various changes in story-telling, maybe it's the way people are included who don't actually feature in the main plot, but in my opinion 2 or 3 of those short stories could have been cut without damaging the overall arc.

Even though this novel didn't grip me as much as his 2 previous ones - although, make no mistake, some stories, the first one, Nabi's and of course the bittersweet ending, again an allegory in itself about the blessing and the curse of forgetting, of letting go and of holding on, again brought a lump to my throat if not outright tears to my eyes -, I'm still in awe of Hosseini's talent and definitely on the lookout for his next book. 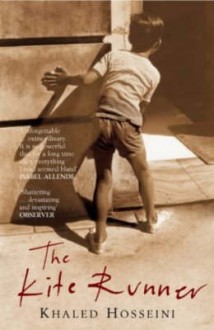 So, what do you do when the guilt over something that happened in your childhood eats you up and prevents you from really living your life? You'll unconsciously look for a chance to redeem yourself.

"A man who has no conscience, no goodness, does not suffer."

Amir and Hassan practically grow up in the same household in Kabul, Amir, the son of a philanthropist who's revered in the community, and Hassan, the servant's son. They are close, and Hassan endlessly loyal, even throughout Amir's disparaging comments, until one winter's day the idyllic world is ripped apart when Hassan's assaulted and Amir doesn't interfere - and later on even drives Hassan and his father from the only home they've known. Years later, Amir's now married in the US, an old family friend calls him to Pakistan, uncovers the lies his childhood was built on, and offers a chance of redemption: go back to Kabul and save Hassan's son.

Usually, I'm not too fond of 1st person narratives. But they can, as in this case, work astonishingly well. As Amir grows up, so does his view on the world: from the arrogant, inwardly insecure boy always striving for his father's reluctant approval, always seeking out Hassan's presence but just maybe only to have someone to look down upon, to someone who hates himself for what he's failed to do and whose whole life changes because of one single event before it changes even more when he and his father are forced to flee to the US and start anew selling junk at flea markets. At least he finally gets to know the man his father is... even if still only partly because one revelation changes his entire perception. The focus falls on one little boy, left alone in Kabul and fallen into the same hands that ripped Hassan and Amir's childhood from them. And Hassan's reply to every of his demands during his childhood becomes his own after finally seeing a little smile on the face of that world-weary child:

"For you, a thousand times over."

This novel is an amazing journey into the aftermath of tragedy, into guilt and redemption, and into forgiveness given freely, even if you yourself don't feel you deserve it. But most of all it's a story about love, loyalty, friendship and family. Hosseini has the great gift of weaving a story tapestry with his words that sucks you in and leaves you grasping at every ray of hope that is offered... and those are few and far inbetween. And every time you think there's finally some good on the horizon he throws you right back into the darkness and despair that has you on the edge of your seat and a lump down your throat. An emotional tour de force that leaves you enriched, yet deeply humbled.