Log in with Facebook
or
Wrong email address or username
Sign up
Already on BookLikes? Log in!
Incorrect verification code
Please, check your email, the code to access your BookLikes blog was sent to you already.
Enter code:
« Back Send
back to top
Search tags: be-of-good-cheer

I'm actually having a good time with this article - but confession, I do love the story of how the Puritans try to get rid of Christmas, and fail in the long term because people like to celebrate something they're used to celebrating.

No Christmas Under Cromwell? The Puritan Assault on Christmas during the 1640s and 1650s

"...So strong was the popular attachment to the old festivities, indeed, that during the postwar period a number of pro-Christmas riots occurred. In December 1646, for example, a group of young men at Bury St Edmunds threatened local tradesmen who had dared to open their shops on Christmas Day, and were only dispersed by the town magistrates after a bloody scuffle.

[1647:] ...In London, a crowd of apprentices assembled at Cornhill on Christmas Day, and there “in despite of authority, they set up Holly and Ivy” on the pinnacles of the public water conduit. When the lord mayor despatched some officers “to pull down these gawds,” the apprentices resisted them, forcing the mayor to rush to the scene with a party of soldiers and to break up the demonstration by force." 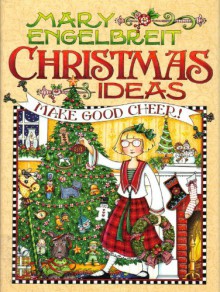