Log in with Facebook
or
Wrong email address or username
Sign up
Already on BookLikes? Log in!
Incorrect verification code
Please, check your email, the code to access your BookLikes blog was sent to you already.
Enter code:
« Back Send
back to top
Search tags: best-of-2017 One of the benefits of building a world unfamiliar to the reader and characters that can live for hundreds of years, is the size of canvas, on which the author can construct his story. Certainly, in ‘Shadowless’, Randall McNally has developed a book exploiting those epic proportions, ranging across the ‘Northern Realms’, with a large cast of characters that perhaps befits such an ambitious undertaking. The fact that this is also a debut novel merely emphasises the congratulations due to the author, for such an absorbing read.

Amid echoes of Greek and Roman mythology, the Northern Realms is a world that cultivates curiosity and discomfort, wonder and horror in equal measure. The book also rather morphs into a novel, as the first half comprises a series of chapters, which read almost like short stories, or vignettes, introducing the respective ‘heroes’, with their inherited power and explaining how their differing local environments are formulated.

The malevolent ‘villains’ in the region are undoubtedly the cohort of powerful gods, who have survived a civil war among themselves, but in the process killed all of the goddesses. As a consequence, this exclusively macho group, using their ability to assume any form, satisfy their carnal desires among mortal women, the resulting offspring being born with supernatural traits, but without shadows. The ‘shadowless’ are thus born with innate advantage and yet are destined to be marked out and damned, neither mortal, nor god. The power bequeathed by their respective fathers may grow, if they can survive, but it can also be ‘harvested’ by the relevant god, in a cynical cull of their illegitimate children. Moreover, the Northern Realms are in the thrall of temples and mortal worshippers, who seek to enthusiastically appease the gods, by deploying a militia of ‘Shadow Watchers’, to identify and sacrifice the shadowless. Survival depends often on staying hidden from public view, in aristocratic isolation, forest, dungeon, or underground community. Only the mysterious Brother Amrodan, priest within a sole religious order committed to finding and helping the shadowless, appears to be on their side. Moreover, Amrodan is the lynchpin, mapping the whereabouts of the disparate individuals over centuries and devising the plan by which the gods might eventually be challenged. For me, he was a fleeting reminder of Nick Fury, meticulously assembling the ‘Avengers’, only Amrodan’s use of the dark arts involved a primeval pool and his kickass firepower came in the shape of a black dragon!

In a sense, the fact that these fascinating shadowless individuals seemed to struggle to gel as a group was hardly surprising. However, as prophesied, within the group is an especially powerful ‘shadowmancer’ who didn’t really fulfil his potential in this first outing. Coming up against a 25 feet tall monster with destruction on his mind may test the mettle of any leader, but it has left me with the impression that this book is the foundation of an ongoing story, the opening battle in a war, which I hope the author will continue. Interesting as they are, I did wonder at the sheer number of characters and the juggling required to keep them all in play, but if this does indeed culminate in further volumes, then returning to the canvas analogy, the author has acres of material to work with. Certainly the polish in some of those discrete early chapters bore the hallmarks of a talented wordsmith and I hope to return for Mr McNally’s next instalment soon. Incidentally, whilst the reader should rarely judge a book by its cover, the cover art, which did well in an online competition, on this occasion, is rather a good guide to the quality within. In the event you are searching for a film that combines components of action, detective, romance, wits and drama, Fabricated City (2017) of Korean cinema is actually a Motion picture You do not is often overlooked. You should be a part of me in examining this movie to find out exactly what is attention-grabbing prior to enjoying movies in the year at your home than about the street as you men now.

Plot: A virtual city is really a Tale about a boy hooked on the sport Kwon Yoo. One particular time he performed a match in a Web shop, he received a cell phone connect with requesting help to get a young Lady. Kwon Yoo suspected that it produced him the killer of the murder case. How can Kwon Yoo be vindicated and who's the villain behind this? Look at the Motion picture to find the remedy, men. 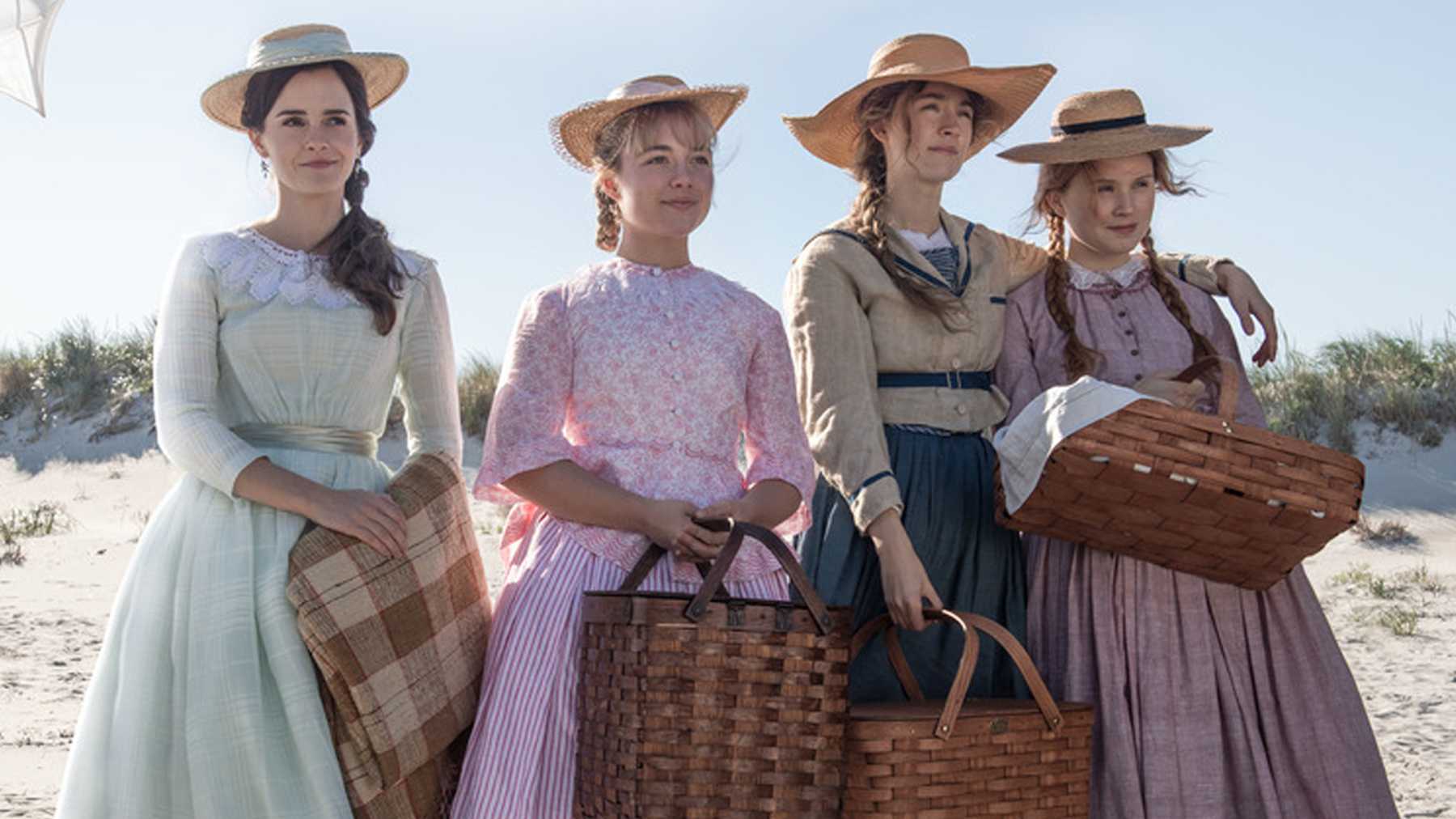 The main Element of the Digital Metropolis would make viewers have no idea what type of movie they are observing, but in fact the first 10 minutes in the movie are elaborately arranged instead of inferior to Hollywood blockbusters. This scene is important since it allows to attach While using the plot later on inside the movie, Particularly to support Kwon Yoo's discovery of the reality. Therefore, make sure you Wait and see to view this section offline.

The nice issue of the film may be the rationality in the intrigue as well as the tense struggle concerning the good and evil sides With all the flip-flops as well as steering wheel. Although the plot plot in the Film is comparatively straightforward to guess, it even now makes the viewers go from shock to surprise though viewing the Film. Furthermore, the crew up factor of Virtual City is sort of appealing and attention-grabbing, expanding the attractiveness to the Film.

In combination with the detective and dramatic factors described higher than, Virtual Metropolis also provides many really psychological scenes for viewers. Specifically in scenes depicting the life of Kwon Yoo following being arrested may possibly bring about many of you to cry mainly because it is too really hard and unfair. Apart from, yes movies website the element of affection in the movie is usually gently exploited because of the producers, bringing the cuteness and earning the film more reasonable.

The title with the movie will not appear to be appropriate for the content from the movie, but should you fork out shut notice, the Tale in Virtual City may well look a tad fictional. Technological aspects from the Motion picture are "promoted" really overshoot so the plot is pretty unreasonable rather than incredibly normal. Nonetheless, That is an entertaining Film so when you recognize this style, these weaknesses can easily be disregarded, correct? I actually such as Film written content so I want to give an 8/ten rating for this part.

Impression - Seem: As mentioned earlier mentioned, the technology ingredient is exploited quite properly from the Virtual Town, offering an awesome experience for viewers. Moreover, the tough Element of the Film is a bit better than the widespread ground of Korean movies together with the motion scenes within the film are very properly staged. The tunes in the Motion picture does not have quite a few highlights but harmoniously coupled with the graphic and material with the Film, developing a beautiful amusement movie that scored this component at the same time.

Performing: The male direct of your Digital City performed by Ji-chang -wook is amazingly handsome with numerous expressions, pushing thoughts for viewers. Do you see this male inside the movie who seems like Ngo Kien Huy from time to time? Another roles are really familiar faces to Vietnamese audiences but actually do not need much acting space, so It isn't more than enough to leave a deep impression. Having said that, the cast with the Motion picture is kind of Beautiful and the conversation amongst the figures produces an interesting atmosphere to the viewers, so I put an finish towards the efficiency on October eight.

Briefly, Fabricated City (2017) is often viewed as a blockbuster action, amusement genuinely value observing. If you're keen on the sport and like to work in groups, you should check out it because this aspect is perfectly exploited by the movie. Hopefully the movie will likely have a sequel because the Tale from the film is quite potential and will be absolutely exploited to carry additional intriguing experience to your audience. Go through the link provided above or through the official careers page of Reserve Bank of India. You can check for your roll number in the list provided by RBI. The marks obtained by candidates and the cutoff marks will be released by RBI shortly.

We have seen multiple queries pop up on the internet where a user searches if their QuickBooks Compatibility with Windows 10. Windows 10 is the latest OS and most of the user upgrade to it and eventually, QB must be compatible with the OS user is working on. On this subject, we solve any query with regards to QuickBooks Compatibility with Windows 10 or you can talk to the QB Pro team at 844-888-4666.