Log in with Facebook
or
Wrong email address or username
Sign up
Already on BookLikes? Log in!
Incorrect verification code
Please, check your email, the code to access your BookLikes blog was sent to you already.
Enter code:
« Back Send
back to top
Search tags: books-i-ve-mentioned-but-not-read 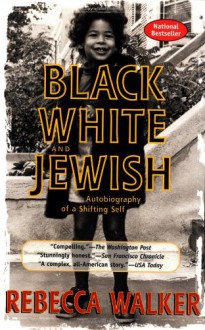 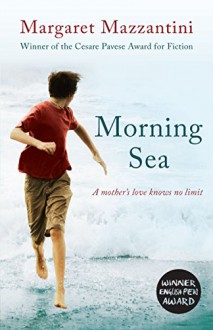 When Farid’s beautiful young mother Jamila tries to escape Libya by boat, it is the first time that Farid will see the sea. This is the same sea into which Vito stares from a beach on the opposite side — Farid and Jamila’s destination. But unfortunately, the Mediterranean does not fulfill its promise of a new life for the two young refugees. Instead, it becomes their prison.

A tale of moving intensity, Morning Sea is about human migration. It is about the fate of those exiled from their houses, relatives, and roots; about the violence of nature and war; and about the strength of women compelled by injustice to defend their children’s futures. With terse and astute language, Mazzantini captures perfectly the dark, uncertain quality of our times. She asks: when must we commit ourselves to the right of all humans to live with dignity and respect?

It's a sad and realistic human strife story that still manages to have a beautiful end. It wasn't the end I wanted for the characters, just like it's not what I would wish on real people going through these events, but surprisingly beautiful once I had a chance to sit with it. Sitting with the end was crucial to enjoying it though because it hit me a little hard that things didn't go a certain way, but I don't want to spoil it.

The writing style is a big part of what I enjoyed about it. It feels like a daydream, and to a certain extent, it is. It took a few pages for me to get used to the way it drifted between memories and backstory and present circumstances, but it flowed eloquently and gave a full picture of the lives of the characters. It had a wistful quality that didn't impede upon the strife the characters are going through or had gone through.

I enjoyed reading it, and feel like these are the kinds of stories that American literature is severely lacking. We have a tendency to romanticize human strife and stories about migrating so that they are always about getting rich and rarely about basic survival. We tend to lose focus on the fact that there are people out there dying for food and the privilege of not to becoming terrorists. The things that happen to these people are the topics that we don't like to talk about and we try to pretend aren't real, that they somehow brought their plight upon themselves.

This is only one view, but a vital one that we miss in the US. This is one example among many that are the type of stories that we need to be reading more of. I would definitely recommend this to anyone who wants to understand the world a little better.

And again, the end caught me by surprise, not because it left reality and did the thing that I wanted it to, but because it stayed in reality and was still beautiful. Sad, but beautiful in an ethereal or tenuous sort of way that will haunt me anyway because I had to remember that this was the way of things and at least something beautiful could be made of it in this story, even though it doesn't come near the way I wish it could.

It's a tragic reminder that there are people out there who we could we help but don't. If you're looking for a way to help, there are some groups and organizations mentioned in my reading that I have links to on the Beyond the Books page.