Log in with Facebook
or
Wrong email address or username
Sign up
Already on BookLikes? Log in!
Incorrect verification code
Please, check your email, the code to access your BookLikes blog was sent to you already.
Enter code:
« Back Send
back to top
Search tags: brenda 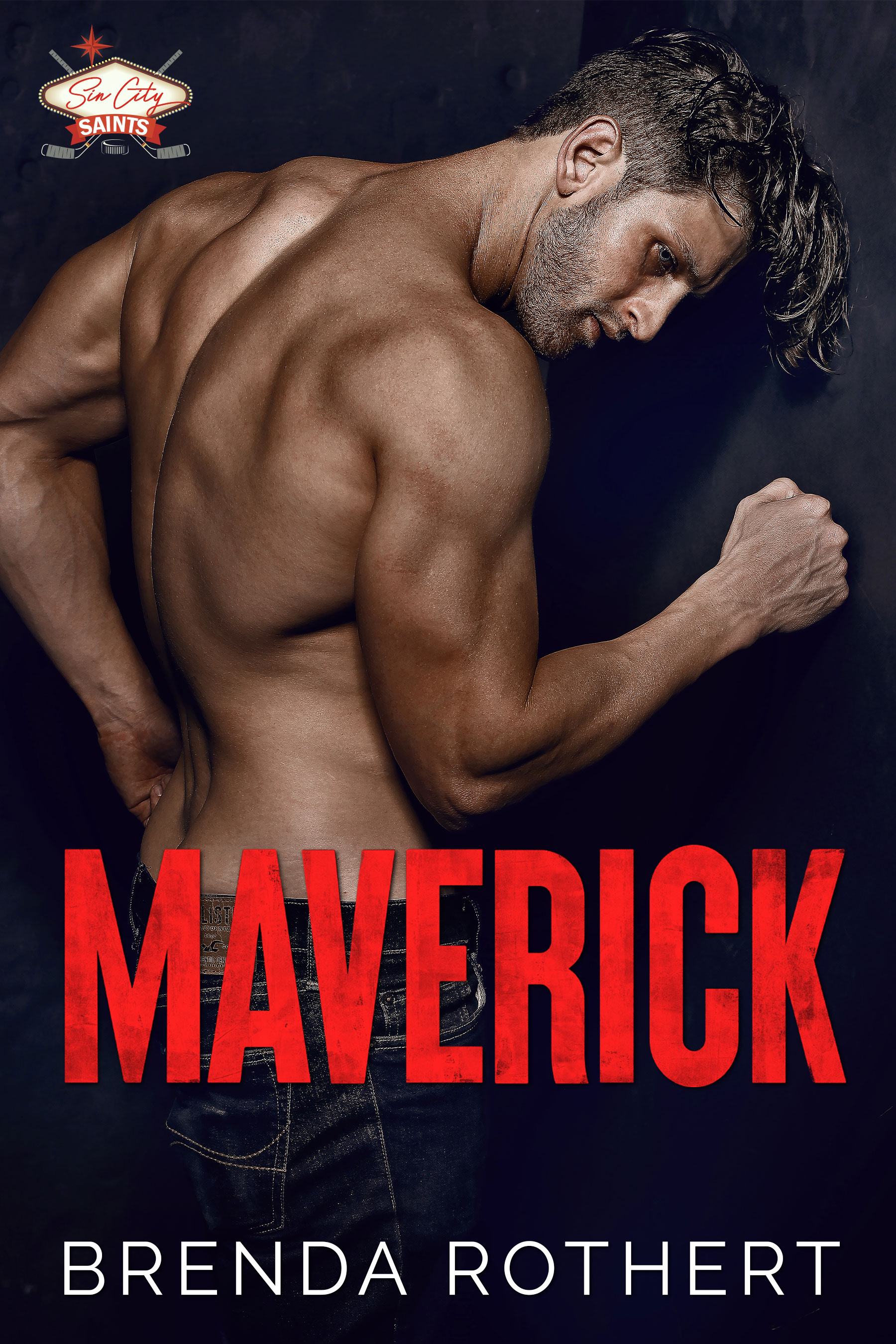 Add it to your TBR Pile: https://bit.ly/3qHUPa4
About the Book:
The Vegas heat just kicked up a notch with the arrival of ice hockey’s newest expansion team – the Sin City Saints.

Maverick Hagen’s fall from grace was more like a crash landing. His record-breaking career ended after a fight with an opponent over a woman left him with a broken leg, or so the pundits thought. Returning to the sport he loves as the captain of the league’s new expansion team, the Sin City Saints, his lucrative contract comes with just one rule—no romantic distractions.

Gia Ford also makes her living playing a game—poker. The rounder has hit her stride in Vegas, quietly building her bank account one casino at a time. She’s got a score to settle, and nothing will get in her way—not even the sexy hockey player who’s willing to lose money just to see her in action. Maverick attracts attention, upsetting Gia’s under-the-radar game.

Maverick and Gia can’t afford to give in to their magnetic attraction, with his career rebounding and her winnings growing. But the hotter their chemistry burns, the harder it is to deny. So will they or won’t they? In Vegas, there’s only one way to settle it—a bet, of course.
-------------
Author Bio:
Brenda Rothert is an Illinois native who was a print journalist for nine years. She made the jump from fact to fiction in 2013 and never looked back. From new adult to steamy contemporary romance, Brenda creates fresh characters in every story she tells. She’s a lover of Diet Coke, chocolate, lazy weekends and happily ever afters. Two small villages in Cornwall, 1820 have been feuding for years after the murder of Charity Perrow's mother.  Jethro Ennor's father was accused but acquitted of the crime.  Now, Charity takes care of her father and brothers, but feels trapped in her home.  Jethro is a farrier who desperately wants to leave his violent and drunk father, but needs to wait until his little brother is of age.  While roaming the woods collecting mushroom for the town bonesetter, Charity and Jethro meet without knowing who the other is.  Even after they find out, Charity and Jethro can't stay away from one another.  However, another danger lurks in the woods.  Henry Blight, a returned soldier from Waterloo has come back to seek revenge against those who made him commit an unspeakable act years ago.

Along Came A Soldier is a complex and intriguing historical murder mystery paired with romantic suspense. The characters were interesting and caught my attention early along with the tensions between the two towns.  Charity is caring and  adventurous.  Jethro is impulsive and rough around the edges.  Together,  Charity and Jethro make a perfect pair. Henry is haunted, showing signs of what we would call PTSD, but still wanted to right his wrong from the past making him a sympathetic villain.  I also loved Grace's knowledgeable, meddling and well-meaning character, although I don't know why her boobs had to be described every time she moved.  The mystery also pulled me along, though I had the gist of it pretty early, element were added to the very end for an unexpected and satisfying ending.
This book was received for free in return for an honest review.
mystery romance Historical fiction
Like Reblog Comment
show activity (+) Claimed By a Steele is a slow burn romance that turned around very quickly. Gannon and Delphine do make a good couple once they get out of their own way, and they're both likable characters. I really liked how this one started and concluded - kind of like it was coming full circle, and of course, there's lots of this great family to round things out. From the parents down to the last of them, the Steele's have certainly made for fun reading, and I kind of hate to see them go. I would've liked a bit more flair for the finale, but Gannon's story is still a solid addition to the series. I know this one is titled Claimed By a Steele, and that's kind of been the theme all the way through, but truly, I think this series is more about the women who claim these alpha males more than the other way round. So, to sum it up, this final book in the series is another curl up on the couch for a couple of hours and escape into a bit of romance story that's sure to please.

Gannon and Delphine proved to be bittersweet. In the midst of giving my heart to another one of those "Bad News Steeles", I realized it was finally time to say goodbye to another one of my favorite Brenda Jackson families. Claimed by a Steele is the culmination of years of mischief, tons of romance and the beauty of what family is all about. Whether it be falling in love with a bad boy, celebrating a moment not easy to forget or chasing after a fantasy, Jackson welcomes readers in with open arms, leaving them better for the experience. Gannon and Delphine make a hard goodbye, a little less painful with a beautiful swan song that is worthy of a Steele. My Bag of Books review link:

About SEDUCED BY A STEELE:
New York Times bestselling author Brenda Jackson brings you a brand-new story in the Forged of Steele series. Perfect for fans of the popular Westmoreland series and readers of passionate contemporary romances!  A notorious heartbreaker is about to meet his match…Will a damsel in distress be his redemption?  When the “thief” caught driving his stolen vintage car turns out to be a stunning runaway heiress, Mercury Steele is conflicted. On the one hand, Sloan Donahue, penniless and on the run from her tyrannical family, triggers the billionaire playboy’s protective instincts. But she also triggers red-hot desire. Mercury refuses to think his simple seduction is becoming something deeper, especially when Sloan is keeping secrets… About Brenda Jackson: Brenda Jackson is a New York Times bestselling author of more than one hundred romance titles. Brenda lives in Jacksonville, Florida, and divides her time between family, writing and traveling. Email Brenda at authorbrendajackson@gmail.com or visit her on her website at brendajackson.net.