Log in with Facebook
or
Wrong email address or username
Sign up
Already on BookLikes? Log in!
Incorrect verification code
Please, check your email, the code to access your BookLikes blog was sent to you already.
Enter code:
« Back Send
back to top
Search tags: carrel 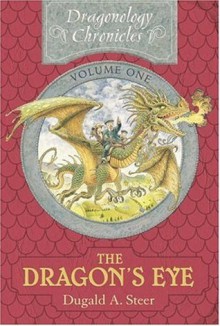 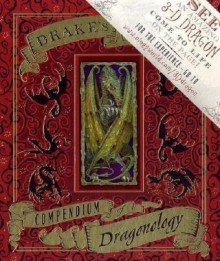 Whilst the misaligned way they have stuck the sticker on the front of this book makes me think that they may have milked this Dragonology series, it is still a wonderful example of what is lacking.
Like Reblog Comment

This isn't a bad book, but I don't think I appreciated it as much as I should have. The illustrations inside are just awful, everyone looks like a slack-faced hunchback, and most or all of the dialogue was very juvenile, even for a kid's book. Ridiculous coincidences run rampant through the pages, and it's pretty much just like reading the Dragonology book that this series is companion to, except with characters' names thrown in.

The writing was fine, and there's absolutely nothing offensive about the book at all. Also, it wasn't long, so it didn't have much time to drag. I thought it was a little dull, but maybe this just isn't my cup of tea.
Like Reblog Comment

To read more reviews and fun things go to my blog; Drugs Called Books!It was an okay read, for me. Everything happened very slowly, and I felt like the heroes just kept failing and losing. Losing sometimes is good, because it's more human, but always losing? That's a bit annoying. The only time they won was around the last pages, which I found a bit ridiculous and off putting. They kept talking about how smart Dr. Drake is and they all expect him to be the next Dragon Master, but if he was so smart - why did he keep missing things and falling into traps, and basically leading the way for the villains? Throughout the story I got the impression Daniel and Beatrice were smarter than him! They solved riddles, they did stuff, while Dr. Drake kept relaying on his notebook for knowledge. The only thing he seemed good at was keeping the other two calm and pulling out facts about Dragons. His sparkle of wisdom came only at the end, for me. Knowing things and being smart are two different things... Anyway, the whole part frustrated me. I also felt the action was minor and didn't generate the excited or hooked feelings I get from other reads. A book doesn't have to be action packed for me to like it, but I do think the parts that are action should be griping. I was able to finish the book though, contrary to some books which I simply drifted into other novels while reading them because they didn't grab me enough. This book salvaging point is its interesting universe, filled with dragons and detailed description of them and their lives. I liked how the dragons mimic humans – some are stupid and think glass shreds are as valuable as real treasure; some are smart and know the real gold (they can also speak). Dragons have elders. Dragons protect their young. Dragons vary and each is different from the other. In conclusion, I enjoyed reading about the dragons and the world created in the book despite the slow pace and sometime darn right boring and annoying bits, but I will not be buying the next book.
More posts
Your Dashboard view:
All Reviews Text Photo Quote Video URL Activities
Liked posts Top Tags
Press About Terms of Services Privacy Policy Contact Us Blog FAQ Patronaty medialne BookLikes for Authors Partners panel more...
Team Themes Docs API Blogs
Copyright © 2021 BookLikes