Log in with Facebook
or
Wrong email address or username
Sign up
Already on BookLikes? Log in!
Incorrect verification code
Please, check your email, the code to access your BookLikes blog was sent to you already.
Enter code:
« Back Send
back to top
Search tags: cheesy-covers 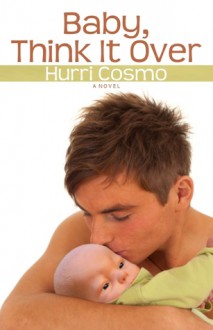 What the heck did I just read? Was I supposed to take this seriously, or is the author pranking me?

First off, suspend all notions of realism. There's none in this book. Secondly, get rid off any expectations for fleshed out characters whose actions make even a lick of sense. Thirdly, fire your inner editor for the duration of reading this book.

Do those three things, and this may be an enjoyable book.

Review with spoilers - proceed at your own risk.

Kedon Chase is 18 and a senior in high school. He's gay and out. Tarrell Alan is the same age, also a senior, but presumably straight. He's also supposedly super rich and influential because his family has much power in the town.

As part of their course work, the students are paired off to "raise a baby" for three weeks.

Tarrell is super alpha, growling voice included, and he has decided he wants Kedon. Initially, he just wants Kedon's virgin ass, so he picks Kedon as his partner for the baby project, amidst much whining and backlash from the female student body. Kedon is a bit shell-shocked, but then Tarrell proceeds to kiss the snot out of him WHILE. IN. CLASS. IN. FRONT. OF. THE. TEACHER. Who simply smiles, apparently, because Tarrell is an Alan, and she doesn't dare do much else.

So off they go to care for the mechanical baby. Who cries a lot and thus derails Tarrell's plans time and again. But as time passes, Tarrell sees more to Kedon than just a piece of hot, tempting virgin ass, and a relationship develops. Sort of.

There's a subplot with another rich young man who also wants Kedon and steals the baby and makes Kedon come to his house, where he is then almost sexually assaulted. But never fear, Tarrell to the rescue. At the end, they have super porny sex, with ass-pounding and ball-slapping, which is totally realistic, considering Kedon is a VIRGIN. Right.

And by that time, Tarrell has decided that Kedon is his, and it's oh so romantic (/sarcasm) that he claims Kedon, and they presumably go on to live happily ever after.

No, really. Kedon is basically a doormat with maybe a wee, wee bit of backbone, and Tarrell is mostly a jerk who has some nice moments. I almost believed that he developed real feelings for Kedon, but he primarily seemed to look at him as another thing to possess.

Throughout the book, the POV switches between Kedon and Tarrell, and it's sometimes difficult to immediatelly discern who's talking. Dialogue is mostly ridiculous and stiff, and the writing... seriously, I think the author may be trolling us. Rigid staff, hard staff, conquering staff... for the love of god, if you're writing what's supposedly a sexy scene, staff isn't the right word to use.

Also, the editing isn't up to snuff, and I kept marking the file in my Nook repeatedly for simple things that a good editor should have immediately caught.

The book is super OTT, and if you do those three things I mentioned at the beginning, you might have fun reading this. Don't take this seriously.


** I received a free copy of this book from IndiGo Marketing and Design as part of a blogtour/promo. A positive review was not promised in return. ** 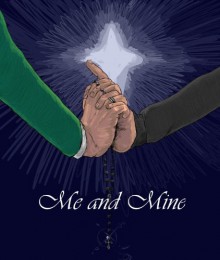 First off, the editing/proof-reading in this book was atrocious. There were so many instances of wrong words, wrong spelling, missing punctuation, that I gave up highlighting them all. Even the age gap between the MCs was eventually messed up. I puzzled for a minute but then ignored it.

Secondly, that cover, OMG. It's a good thing that I don't look at covers when rating a book, because covers don't usually pique my interest. Blurbs do. And this blurb had me from the get-go.

Thirdly, this was a freebie I picked up and let languish on my e-reader for a while.

Considering that this book covers a few highly controversial subjects, this could have been a disaster.

It was not, not by any definition of the word.

Instead, this was a moving tale of a young man (Jude Walker), catholic with a learned rigid view on Church and bible tenets, who's realizing that he's gay and fighting it any which way he can. In his quest for help, he reaches out to his priest, confessing that he's gay and attracted to the priest himself.

Sebastian Gray, nearly thirty and almost 13 years Jude's senior, has fought the same issue for many years, entering the priesthood to overcome his 'unnatural' desires via celibacy. The reader can see his struggles, see how the attraction is not one-way, and how both men fight against their baser nature, believing that giving in to this kind of love is sin, and will condemn them both to hell.

With delicate and sensitive writing, Sarah Goodwin develops from this a tale of first love, heartache and pain, learning to forgive, struggles with faith and family reactions, and a deep, abiding love between Jude and Sebastian that, while controversial, was pure and utterly believable. Yes, they have sex, on page and off, but their connection, despite the age difference and the differences in their personalities, is so strong and so full of emotion, that the intimate scenes were simply an emotional expression of their love. There was nothing dirty or shameful about it, even if they for the longest time thought it was.

Both of them have to fight for the relationship, especially when they are reunited after a long separation, during which Sebastian denies himself the love he thinks he doesn't deserve, and thus does a great disservice to Jude, something that costs them both dearly, but which they overcome.

Of course, they have help, from Jude's brother, Aaron, Jude's friend Matthew, whom he meets at college, and Father Franklyn, an older catholic priest, who helps both Jude and Sebastian to realize that a loving God rejoices in pure and true love, even when that love includes sexual intimacy - it's an expression of love, the act is done because of love. And while those sections could've been a little on the preachy side, the author manages to keep the dialogue organic and realistic.

The characters are fully formed and multi-dimensional, and we are shown repeatedly that neither is perfect, yet that they are perfect for each other. The age gap notwithstanding, both Jude and Sebastian grow throughout this tale, a tale of strong, redeeming and abiding love.

The book ends on a hopeful note, with a HEA that both MCs so very much deserved.

One of the best books I've read this year, this is one that should be cherished, re-read and highly recommended. Superb!