Log in with Facebook
or
Wrong email address or username
Sign up
Already on BookLikes? Log in!
Incorrect verification code
Please, check your email, the code to access your BookLikes blog was sent to you already.
Enter code:
« Back Send
back to top
Search tags: constantine 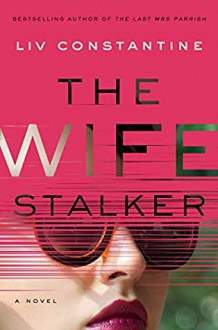 Liv Constantine’s deft facility with sleight-of-hand plotting and diversionary tactics are on full display in her latest thriller The Wife Stalker. Piper Reynard, one of two central figures in the novel, is fleeing a murky past that she seeks to leave behind on the other side of the country. She is the recent owner of a new wellness center in a wealthy CT suburb, leveraging her prior therapist training to cater to a gullible clientele. The story begins as Piper is training her laser focus on a handsome defense attorney who is representing one of her clients.  Leo Drakos is a successful but troubled family man who quickly becomes captivated by the beautiful and driven woman. There is only one thing standing in the way of the two lovers: Joanna. Joanna is almost farcically indulgent, overprotective and doting, always seeking to selflessly serve the needs of Leo and the two young children, Evie and Stelli. Despite her ceaseless devotion, Leo jumps at the opportunity to banish Joanna when her needy mother is injured, paving the way for a new life with Piper. Now that Joanna is out of the house, Piper slides into place—clumsily attempting to win over the children who miss their mother and are not as easily charmed as their father. Convinced that Piper is a dangerous black-widow predator, Joanna vows to recapture her rightful position and convince Leo that he has been dangerously duped.  Joanna starts digging into Piper’s past, hoping to discover enough disturbing evidence to justify some increasingly desperate attempts to win Leo back. Constantine alternates between the perspectives of the two main female characters, Piper’s in third person and Joanna’s in first-person narration. The two women are cleverly complements and the book’s gripping plot provides creeping revelations into the warped complexity of both. Somewhere along the way, the author also manages to lead the reader astray, and the result is a climax that is breathtakingly unexpected. The Wife Stalker will likely thrill Constantine’s many fans, earning her some well-deserved new ones.  In a genre replete with an embarrassment of riches, Liv Constantine manages to provide even the most seasoned thrill seekers an uncommon reward—a genuinely surprising ending.

Thanks to the author, Harper Collins and Edelweiss for an advance copy of this book in exchange for an unbiased review. 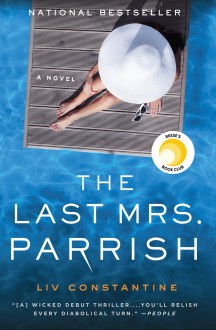 Amber is a young woman with a sad and shady past.

She envies the life of the wealthy Mrs. Daphne Parrish and sets her sights on acquiring her life.

Amber befriends the daft and guileless Daphne by pretending that she, too, had a sister who died of cystic fibrosis and volunteering to assist with Daphne's charity to benefit cystic fibrosis.  Amber learns everything about Daphne's life that will help her move into Daphne's shoes . . . including how to win over Daphne's handsome and powerful husband, Jackson.

Amber deceives and manipulates both Daphne and Jackson in her quest for life that she has always wanted. But, will she be happy when she finally gets the life she deserves?

A fast-moving story that is told from both Amber and Daphne's perspectives. 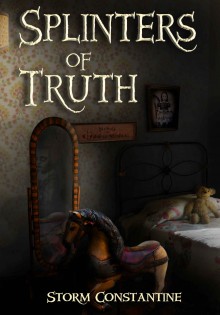 A wonderful anthology that not only presents us with 15 unique and compelling short tales but also answers the eternal question asked of authors – where do you get your ideas from? At the start of each story Storm Constantine tells us what inspired her to write it, often including some personal history or anecdotes.

All the stories are enjoyable and I found myself reading two each night, but my favourites in the collection were “Kiss Booties Night Night”, “Colin’s Cough”, and “The Fool’s Path”. Part horror, plenty of fantasy and a generous dash of Goth culture, it makes me want to revisit Constantine’s novels. 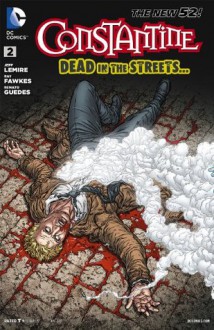 It's not mind-blowing, but has decent plotting, good illustrations, and an interesting continuation of the plot started in issue 1. I'm not jumping to get the next issue, but I'll definitely read it at some point.
Like Reblog 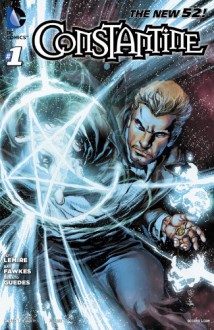 This was an interesting take on the story I was first introduced to in the movie, Constantine. I loved the movie, but this one is very different, both in atmosphere, Constantine's personality, and the fact that he actually let an innocent die in this comic. It took me by surprise, even if I can sort of understand why he did it. Okay, so far, but I need more.
More posts
Your Dashboard view:
All Reviews Text Photo Quote Video URL Activities
Liked posts Top Tags
Press About Terms of Services Privacy Policy Contact Us Blog FAQ Patronaty medialne BookLikes for Authors Partners panel more...
Team Themes Docs API Blogs
Copyright © 2021 BookLikes