Log in with Facebook
or
Wrong email address or username
Sign up
Already on BookLikes? Log in!
Incorrect verification code
Please, check your email, the code to access your BookLikes blog was sent to you already.
Enter code:
« Back Send
back to top
Search tags: courage 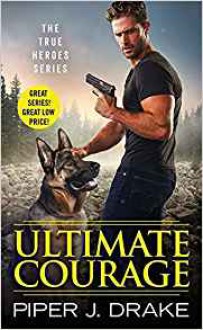 Ultimate Courage is a fantastic romantic suspense by Piper J. Drake.  Ms. Drake has provided readers with a well-written book loaded with a cast of characters that is stellar.  I love the characters in this book!  Elisa is on the run trying to keep away from her fiance.  Alex is a single dad and a retired Navy SEAL.  Alex and Elisa's story is packed with drama, humor, sizzle, action and susupense.  I loved every word of this book and can't wait for my next book by Piper J. Drake.  Ultimate Courage is book 2 of the True Heroes Series but can easily be read as a standalone.  This is a complete book, not a cliff-hanger.  OH!!  Kudos to Ms. Drake for introducing scrapple to the masses...everything but the oink. 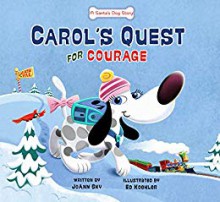 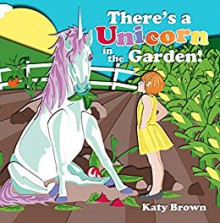 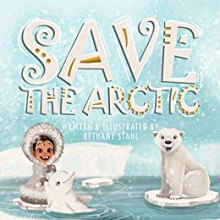 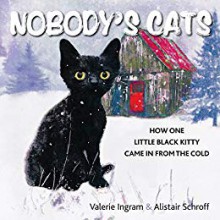 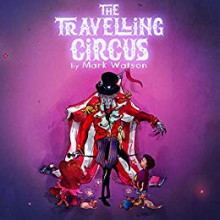 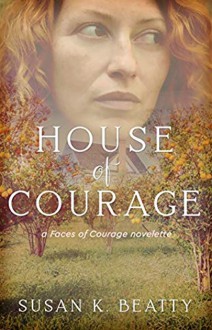 Perhaps the first novelette that I have read, at least in recent memory, Susan Beatty’s “House of Courage” can be read in one sitting. Nevetheless, it probes several significant issues and is in that way not a light read. This Italian American family experiences heartache and challenges common to so many, with a prevailing bedrock of faith that is tested but never defeated. The main character, Marissa, is battling metastatic breast cancer and the side effects of chemotherapy while working with her cousin Dante and her father to salvage the family’s orange tree farm. Marissa’s mother has dementia and vacillates between lucidity and confusion. The extended family also owns a restaurant that is under financial distress.

Through it all, this godly family persists and sacrifices, trusting God even when their circumstances seem to not make sense. While reading, I continually thought of Jesus’ parable about the wise and foolish builders in Matthew 7. Regardless of our outward circumstances, we have a choice as to whether we will build our lives on the Rock or on shifting sand. As Beatty writes, “The Cinzanos had remained strong here through many trials. Her father often said they lived in a house of courage.” We, too, can live in a “house of courage” when we seek the Lord’s will and truly trust Him in all things, with all things, and through all things. Only then will our hearts be satisfied.

I received a complimentary copy of this book through CelebrateLit and was not required to post a favorable review. All opinions are my own. 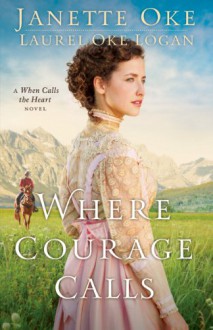 Are you a fan of the When Calls The Heat series on Hallmark. Did you know what it based off of the books Jeannette Oke wrote? It may not be exactly the same but it based off it and I really do enjoy it.

I had not read her books I wanted to. I was able to do so with Where the Courage Calls. It about woman named Beth Thatcher. Her goal to being a teacher in a frontier town. Will she get her wish or will she be turned out.

She thrown into a mining community to teach the children. Will she make it will she not. The town see friendly and she try and help the town after a disaster. The book is really good. I am sorry it been a while since I read the book. I will want to read more of the author's book when I can get a chance.

Will she make friends in her new mining community? Will she find love? Beth seem to be tested and about her skills. Read to see how it ends up.

Alex Rojas is a retired Navy SEAL and is doing his best to keep his life together. Along with his responsibilities as a father to nine-year-old daughter and his job rehabbing dogs as part of the Search and Protect Corporation, he is working hard to cope with his PTSD. When he meets the extremely skittish Elisa Hall, he turns some of his attention on her. They meet in an ER after Alex's daughter is injured during sports, and Elisa has a sprained wrist.

Elisa is on the run from a dangerous, controlling man. She may be engaged, but she certainly wasn't happy, but now she is in danger. She accepts Alex's help, although at first he scares her too. But, she can see past his fierce nature. She sees him with his daughter, and his rehab dog, Souze, and knows he has a tender heart. As much as Alex wants to protect Elisa, he must consider the safety of those close to him, most of all, his daughter. And Alex is indeed a wonderful father.

Ultimate Courage is a thrilling book. There is danger facing Elisa quite often, and it is truly riveting. The pacing never lets up and the story delivers a great conclusion. Souze, Alex's dog is amazing, as are the other characters in the story, including some we met in the first book of the series.