Log in with Facebook
or
Wrong email address or username
Sign up
Already on BookLikes? Log in!
Incorrect verification code
Please, check your email, the code to access your BookLikes blog was sent to you already.
Enter code:
« Back Send
back to top
Search tags: critical-role 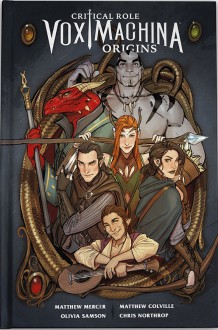 Critical Role is, to quote Matthew Mercer - DM - a show where a group of nerdy-ass voice actors sit around and play Dungeons and Dragons. Vox Machina is the band of heroes from Campaign 1. The show itself starts well into the campaign so we don't get to see the beginnings. The graphic novels are a way of "fixing" that. Truthfully, we have no way of knowing how much of this is from the game and how much was made up for the novelization. Is very entertaining though.

Is amusing how the band of misfits manage to meet, blunder into each other, and eventually become a team.

I think I've mentioned I play Dungeons and Dragons and it's hard to be in that community without having heard of Critical Role. I'm still listening to campaign one so of course, I had to read Legends of Vox Machina when I saw it was available.

I absolutely adored this graphic novel. For one thing, I really captured the spirit of Dungeons and Dragons. For example, Scanlan singing Queen even though the band wouldn't - or at least, shouldn't - exist in a mystical fantasy world. Or the quirky humor and problem-solving. Or the way combat worked, how we see everyone's turn. It read like an actual Initiative and that made it more fun to read.

Additionally, I don't think you'd have to be a D&D player in order to enjoy this. It's a well set up fantasy world. The rules are clear, the characters engaging and realistic, and the problems are worth investing in.

Final rating: 5/5 Where you're a player or just a curious reader, you'll enjoy this graphic novel.

Scanlan and Vax peeing on the ruin to destroy it is the most D&D thing that could have been done and I lost it  at that part.

Imagine, if you will, "...a bunch of...nerdy-ass voice actors sit around and play Dungeons & Dragons." Live. On the internet. Every Thursday night. They call the show Critical Role and their group of disparate and sometimes desperate adventurers, Vox Machina because they like bad puns. But those adventures took place in private for over a year before they were persuaded to go public by Queen of the Nerds, Felica Day herself. Implausibly, their ridiculously niche netcast becomes so popular that they can fill actual theatres for episodes with a paying public audience, sell mountains of merchandise and drown in unsolicited fan art contributions, the best of which end up in a printed book. But that's not all - a synopsis of the early, unbroadcast adventures of the crazy Machine Voice adventuring party (did they really mean Vox Ex Machina?) isn't enough for the rabid fans. A six issue e-comic series is produced and eventually gets two print omnibus editions - one is a limited edition hardback in a slip-case, bound in faux leather, with some bonus material at the back. It cost a fortune but it seems to have sold out. And this is it.

Vox Machina: Origins has artwork that captures the characters well and some neat graphic techniques that evoke tabletop fantasy roleplaying really well and the story itself tackles how this group of more or less crazy future savers of the world met whilst trying to get paid for figuring out how a swamp ended up cursed. Unfortunately, it's too short. Whilst the actual adventure of the cursed swamp is brought to a satisfactory conclusion, two of the legendary group don't appear in the story at all. They must have joined later. Hopefully there will be more Origins to come in the future.

Look, seriously, this is all true:
https://geekandsundry.com/shows/criti...
I've listened to the entire first campaign. All several hundred hours of it. Some of it more than once. Keyleth is the best. The cows were awesome. "We're basically gods," was the most hilariously, serendipitously ironic statement I've ever heard. Zara was fabulous. So was Gilmore. The black-powder salesman was stupendous. I am super-nerdy. Get over it. 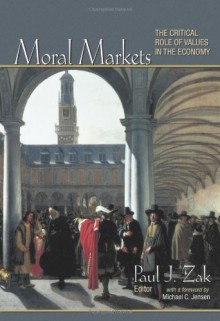