Log in with Facebook
or
Wrong email address or username
Sign up
Already on BookLikes? Log in!
Incorrect verification code
Please, check your email, the code to access your BookLikes blog was sent to you already.
Enter code:
« Back Send
back to top
Search tags: cruise-ship

Sheila Mackey has a secret. To the world, she’s author of a blockbuster book. Her wily great-aunt, the actual author, orchestrated this mutually beneficial masquerade. Now the aunt’s retiring and Sheila must draft Act Two of her own life. This cruise is supposed to be the perfect time to do that.Crossing the Atlantic on the Diversion, Sheila finds a dead body on deck. She realizes she knows a whole lot more about the interactions of the victim and suspects than the ship’s officials do.

I enjoyed reading this book. It felt a little odd that Sheila could have lived for years with the deception of being a famous author, but I suppose it would be possible. I can feel that Sheila longs to get her real life back. The fact that she’s on a cruise makes the whole sleuthing go a little easier, I imagine, because no one can get away. All suspects have to remain in place. Traveling with Sheila is a boring relative, who shares a name with my daughter. No one could be more different from my fun, sweet, active daughter. Here’s a tiny spoiler: despite being such a wet blanket, the book’s Petronella ends up being somewhat changed for the better. As most of the books I’ve downloaded, read and enjoyed over the past few months, this was a fun, quick read. It was also well written. I think I’d like to follow Sheila’s future adventures. 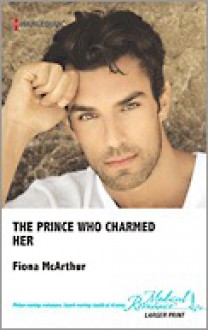 This is another one of the books that was in my used bookstore Harlequin Medical Romance bargain pack. It didn't work for me, but at least I liked it more than Her Christmas Eve Diamond.

Dr. Kiki Fender is working on a cruise ship as a way to escape. Nine months ago, she'd had a whirlwind romance with Prince Stefano of Aspelicus. Soon after he suddenly left her, she'd learned she was pregnant. She spent the next few weeks hoping he'd contact her, but he never did. Kiki miscarried at 18 weeks, and there was still no word from Stefano. Now it's mere days before what would have been her due date, and Kiki is shocked to encounter Stefano while treating a passenger suffering from a severe allergic reaction.

Stefano had meant to call Kiki and explain himself, but he'd been delayed by an accident and a long rehabilitation period. By the time he'd recovered, she was long gone. Their sudden reunion on the cruise ship shocks him as much as it does Kiki. Even if he can't mend things between them, he at least wants to explain himself and apologize. Unfortunately, it seems as though everything he says and does just makes Kiki more upset with him.

I almost quit this one 30 or 40 pages in because the editing was so bad. There were a few sentences that should have had question marks but didn't, a few instances of passive voice, and one run-on sentence that I think was missing a period. This either got better later on, or I just got better at ignoring it, although there were still some things that stuck out. For example, Miko briefly became Milo on page 170, and on page 234 Kiki repeated the exact same three sentences she'd said only three pages earlier (possibly intentional? I wasn't sure).

Even when there weren't any obvious errors, McArthur's writing didn't work for me. It felt stiff, and sometimes strange and awkward. Here's an example. The first two sentences, especially, seemed like they could have been written more smoothly:

“At seven Stefano had pulled Theros from a deep ocean pool on their island and saved his life with a boy's rough and ready resuscitation. Unfortunately Theros had been left with an injury to part of his brain from its time without oxygen. After that Stefano's young brother had not been the most sensible of boys, and later had become a handsome and lovable but childish man.” (16)

By the way, yes, Theros, Stefano's younger brother, was brain damaged. He had a wife who loved him very much, and they apparently had an active sex life. Theros and Marla weren't around much, so I can't really say much about them. Stefano's feelings about Theros were very mixed: there was affection, embarrassment (Stefano was very concerned with appearances, and Theros' behavior sometimes made the news), and guilt (Stefano blamed himself for not helping his drowning brother fast enough).

Anyway, Kiki and Stefano's romance didn't really work for me. On the one hand, they were supposed to have this explosive and undeniable chemistry. On the other hand, they didn't seem to know each other very well at all. I found it hard to believe that neither one of them was able to contact the other in the nine months since they'd separated. I think Stefano was injured at around the same time Kiki had her miscarriage, which meant he'd had several months to email or call her. He said he'd tried, but somehow Kiki had missed every single one of his attempts. As for Kiki, maybe she was too petrified by his status to send him an email? Or maybe she didn't even know his email. From the sounds of things, they'd only been sleeping together for a week when Stefano left.

Stefano was only a complete and utter jerk a couple times in the book, but those times were doozies. One of them involved interfering with Kiki's career without her consent. I nearly applauded when Kiki snarled at him for it. The other involved assuming horrible things about Kiki's motives. Kiki forgave him more easily than I did.