Log in with Facebook
or
Wrong email address or username
Sign up
Already on BookLikes? Log in!
Incorrect verification code
Please, check your email, the code to access your BookLikes blog was sent to you already.
Enter code:
« Back Send
back to top
Search tags: dieties-demigods-demons-devils 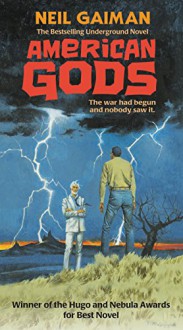 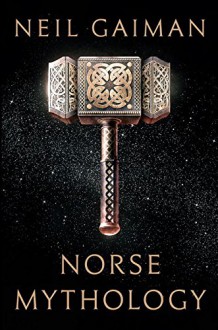 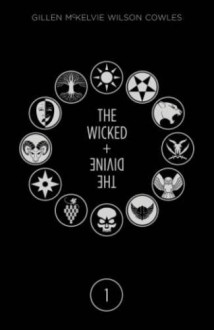 Now, usually I do try to write my own synopsis.  But really in this case Image nailed it.

Every ninety years, twelve gods incarnate as humans. They are loved. They are hated. In two years, they are dead. The team behind critically thermonuclear floor-fillers Young Avengers and PHONOGRAM reunite to start a new ongoing superhero fantasy. Welcome to THE WICKED + THE DIVINE, where gods are the ultimate pop stars. But remember: just because you’re immortal, doesn’t mean you’re going to live forever.

I don't know why I waited so long to read The Wicked + The Divine, and there's really no excuse, my library owns the first two volumes and even if we didn't I could have requested them through inter-library loan.

The Wicked + The Divine is a vibrant and engaging rock and roll journey through dreams, aspirations, lust, murder, and celebrity.  Whether you believe they are gods or not, whether they actually perform miracles, they burn hard and bright and the world cannot take their eyes off them.

Laura is a devout fan who manages to get close by catching Lucifer's attention, and is drawn in deeper as Lucifer is incarcerated for murder while the pantheon does nothing.  Along with a skeptical journalist, Cassandra, Laura is drawn deeper into a complex story played out in the shadows while the gods burn brightly for the public.

"I'd appreciate it if you could at least be creepy in a way I could understand."

The incarnation of Lucifer is brilliant, I want more of her even if that clearly won't happen.  Luci to me remains the most defined (and most defiant) of the pantheon, and ensnared my interest from the start.

Excellent read with gorgeous and vibrant art.  I cannot wait for the next installment.