Log in with Facebook
or
Wrong email address or username
Sign up
Already on BookLikes? Log in!
Incorrect verification code
Please, check your email, the code to access your BookLikes blog was sent to you already.
Enter code:
« Back Send
back to top
Search tags: dino 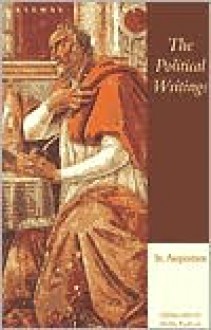 The most important voice in political thought throughout the Middle Ages, influencing even St. Aquinas, was that of St. Augustine.  Through excerpts of sermons, letters, and selections from City of God, the 4th-century theologians’ view of the world of man is shown both in its maturity and development.

Covering almost 360 pages, the vast majority of it being the words of St. Augustine, this book’s quality comes down to the introduction by Henry Paolucci and the appendix containing a lecture by Dino Bigongiari.  Instead of helping set the stage for understanding the works the reader was about to encounter Paolucci’s introduction really didn’t do anything to give context just information about the man and his works overall.  However the lecture of Bigongiari opens the reader’s eyes to understanding what they had just read, but that’s only if they made it to the very end of the book after potentially giving up trying to figure out why some of these selections were included.  In fact the reader learns more in the last 15 pages of the book about St. Augustine’s political thoughts than the previous 340+ by the theologians own hand.  It would have been better to have Bigongiari’s lecture as the introduction so as it give the reader insights about how to understand the author’s thinking.

The Political Writings of St. Augustine is a nice selection of the theologian’s writings about political subjects, however because of the way the book is structured the reader will not understand the man until the very end if they even get that far.  I can only recommend the lecture by Dino Bigongiari presented at the end of the book, the rest is unfortunately worthless. 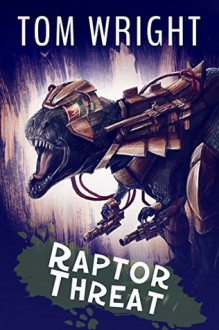 Why would you use continue living and not survival there?

Annoyed since they got stegosaurus right a couple sentences ago.

Can it be less hot now, please?

So I got into this a lot.

Then came the info dump that was so ridiculous that I was rolling my eyes.   Looks like it might just be a two and a half to three stars: I'm enjoying it, and yet there are elements like the ridiculous science that this is shoving down my throat in great detail that I simply can't find it in myself to buy.

And then there's the fact that the world building is coming right now, and it annoyed me that I didn't have the backstory earlier.

This would have been a two star review - possibly less - if these info dumps weren't here...

The dinosaurs have foot rockets now?  Oh, man, this might be too ridiculous even for me...