Log in with Facebook
or
Wrong email address or username
Sign up
Already on BookLikes? Log in!
Incorrect verification code
Please, check your email, the code to access your BookLikes blog was sent to you already.
Enter code:
« Back Send
back to top
Search tags: don-quixote 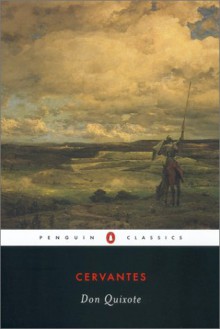 This is one of those Classics that I've meant to read for a very long time. To my great joy, it immediately covered familiar parts of the story that I had seen in films, though not entirely in the same order, and the writing was engaging and kept me interested in the exploits that have made this story so well known. At first.

There was the odd chapter where the author broke the fourth wall and wittered on about details in a way that newer authors can't get away with today, but in context of classic literature, it didn't detract too much.

Naturally a book can cover more adventures than the well known encounters that have been popularised by film and common knowledge. This gave me new material to read as well as things unfolding differently than I might have expected. Unfortunately, it went on and on until it actually became tedious to read. I put it aside for a while and went back to it, determined through sheer stubbornness to finish this book even if I had to do it one chapter at a time.

I've lost track of how long it's been. Certainly over a year. But I refused to DNF because it's a favourite theme and has made for some good movies. It's long, it's disjointed, tedious in parts, and still one of the most wonderful Classics ever written.

Don Quixote is one of my favourite novels, exasperating though it is at times with all those stories within stories knockabout humour and cruel practical jokes. Simply because it’s so complex, we both admire and laugh at Don Quixote. When he speaks we are inclined to share his world view. And then Cervantes reminds us of what a ridiculous figure he is and undermines the effect. Until Quixote opens his mouth again. This happens again and again - until we end up seeing the novel - and the world - in two incompatible ways at once. 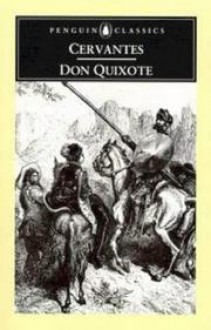 Why did no one tell me Don Quixote was this much fun? Also, he's like the ultimate (and worst) fan; I'm surprised he's never referenced in fan studies.

When I was young I thought this book was called A Donkey Named Oatie, LOL. My mother turned this book into a children's story starring said donkey. For that reason this book will always be special to me.

I have read the original version and like it too, but no where as much as Oatie's tale.