Log in with Facebook
or
Wrong email address or username
Sign up
Already on BookLikes? Log in!
Incorrect verification code
Please, check your email, the code to access your BookLikes blog was sent to you already.
Enter code:
« Back Send
back to top
Search tags: experiment

A network of brain cells that expresses our sense of time within experiences and memories. Let us see how does brain perceives time. Thanks to NetGalley and to Bloomsbury Publishing Plc (UK & ANZ) for providing me an ARC copy of this book that I freely chose to review.

I know I write long reviews, so I wanted to give a heads up to those who prefer a brief one. I loved this book. Why? I picked up this book based on NetGalley’s recommendations as good read for these current times when things feel quite tough and most people feel quite negative. And they were right. It’s difficult to read this book and not feel more optimistic by the end of it, even if you might not be absolutely convinced by all of the author’s arguments. It is engaging, easy to read, compelling, it includes a large variety of studies from many disciplines (criminology, sociology, anthropology, history, economics, ethnology, biology, literature…), and I think most readers will be familiar and/or intrigued by many of the topics he touches on.  And it does look at all of those with new eyes. It also collects a large number of positive examples of human behaviour, so, if you need an injection of optimism, I recommend it. There is a detailed index, and plenty of notes, but as I said, it is a book written for the general public rather than for academicians or experts, and no specialist knowledge in any of the fields it touches on is necessary to enjoy it.

In the acknowledgements, the author explains how the book came to be. Dutch philosopher Rob Wijnberg told him he had a project. He wanted to launch a new kind of publication “with no news, no advertising and no cynicism”. That became De Correspondent and Bregman explains that the book is the result of working there for seven years, and of many of the conversations he had with readers over these years. This explains, perhaps, why the book is so varied. Anybody who has done research (academic, for work reasons, for a specific project, or out of personal interest) knows that once you start pursuing something, it’s easy to get side-tracked by bits of interesting information and go down the rabbit hole following those, because sometimes those discoveries feel more interesting than the original story, or simply because new things keep coming to light, and, well, you just need to know more.

This book is roughly divided into two main halves. One where the author, after explaining his thesis about the nature of human beings (I’ll only tell you he calls us ‘Homo Puppy’. I’ll let you read the rest yourselves), he explores a large number of studies and arguments proposing that human beings are naturally egotistical, violent, aggressive…  and challenges many of those. Bombings during the war, psychology experiments (the Stanford prison experiment by Zimbardo, the Milgram experiment on obedience to authority involving electroshocks …), friendly foxes, Neanderthals, educational experiments, studies of old civilizations and ancestral bones, Easter Island, William Goldwing’s Lord of the Flies, Hobbes and Rousseau’s philosophical ideas among other, all are discussed and analysed. I was familiar with many of the studies, and even with some of the criticisms, later reappraisals and evidence against them, but not with all, and I have learned plenty and been inspired to dig deeper into some of the stories.  Although he supports all of his claims and interpretations with notes, he does it in an engaging way, and the result is an accessible and clever page turner.

In the second half, Bregman shares examples of people and communities who have done things differently with impressive results.  I was aware of some, like the way Norway runs its prisons, but others made me pause (in particular, the reference to Jos de Blok, who runs a home healthcare organisation without heavy top-down management and allows the groups of workers to organise and manage themselves), and  I particularly enjoyed part 5, ‘The Other Cheek’ .  The author acknowledges that, of course, the instances he discusses are not perhaps as well-accepted and regarded as he thinks they deserve, and one example does not change everything, but he does maintain that an optimistic attitude can bring a positive change, and I hope he is right.

He also includes, with some reluctance, ten rules to live by at the end of the book, and I cannot fault them, although they are not easy to implement. I have already mentioned the acknowledgments section, the notes, and the index, that occupy around 19% of the e-book.

In sum, I enjoyed the book enormously, and I think most readers will get something positive out of it. I know not all reviewers are convinced by the author’s arguments, and that is to be expected, but I think no matter what conclusion you reach by the end of it, it offers plenty of food for thought. I definitely will be looking into some of the initiatives he talks about in more detail, and I will follow Bregman’s career with interest from now on. If you need a bright and well-argued book, full of hopeful content, don’t hesitate. Go for it.

According to the new market research report "Western Blotting Market by Product (Instruments, Consumables), Application (Biomedical & Biochemical Research, Disease Diagnostics), End User (Academic & Research Institutes, Pharmaceutical & Biotechnology Companies) - Global Forecasts to 2021",published by MarketsandMarkets™,The western blotting market is projected to reach USD 730.7 Million by 2021 from USD 574.8 Million in 2016, at a CAGR of 4.9% in the next five years (2016 to 2021). 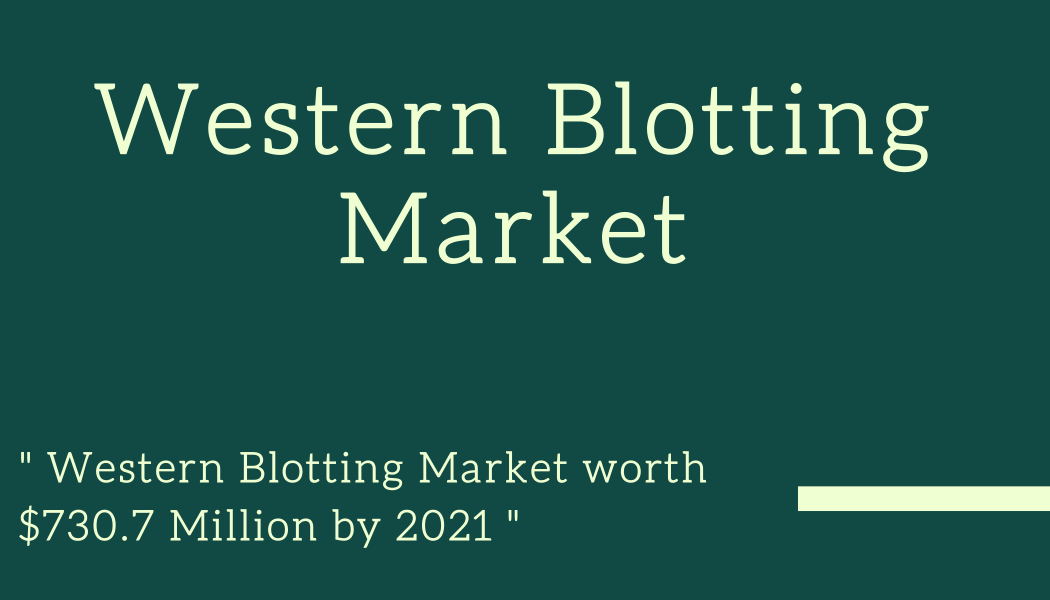 In the coming years, the western blotting market is expected to witness the highest growth in the Asia-Pacific region. This can be attributed to increasing government interest in biomedical & biotechnology industry in China, government initiatives supported by funding in Japan, growing funding for agriculture research in India, increasing diagnosis and related funding in Australia, and growing prevalence of herpes simplex virus (HSV) in southeast Asia.

Bio-Rad Laboratories, Inc. is the leading player in the western blotting market. The company is a leading manufacturer and supplier of products and systems to separate, detect, analyze, and purify complex biological and chemical materials. The company serves the fields of life science research, healthcare, and analytical chemistry with its innovative products and services. The company’s leading position in the market can be attributed to its wide customer base. There are a lot of academic toys on the market. But it doesn’t mean your kids fond of them. Learning is only when your kids completely engage and gaining knowledge from them. Now, Green Kid Crafts has brought 30+ STEM projects for kids, one who inspire kids' curiosity and learn science concepts automatically. Place your order and get 50% off the first month of any STEM subscription boxes Involve young minds by our hands-on science kits. With these kits, they will explore the things around them. Science and exploration encourage your kid’s curiosity and spark their life to create something new that has not discovered before. Green Kid Crafts offers a bumper range of great kits that would be easy for kids and help to run their science experiments. Place your order and get 50% off the first month of any STEM subscription boxes.