Log in with Facebook
or
Wrong email address or username
Sign up
Already on BookLikes? Log in!
Incorrect verification code
Please, check your email, the code to access your BookLikes blog was sent to you already.
Enter code:
« Back Send
back to top
Search tags: fae-faries 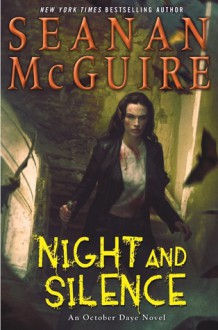 When I began my review for The Brightest Fell, I remarked from the start that it felt like the book marked a turning point, that we had hit a new stage, that debts were starting to come due.  That isn't to say that she never pays a price, but the prices are becoming more dear.  What she stands to lose more precious, and what she retrieves is not quite whole.

Toby starts this story vulnerable.  There's the humor we all love and expect, but she is raw and exposed, her network weakened.  Tybalt is keeping distant and Gilly has been taken.  Threads of Toby's family history are starting to show, and at it's heart, Night and Silence is a book about family.

The ending is uneasy, uncomfortable, and it should be.  This isn't a happy ending.  Things are too raw, too forced by necessity.  There is hope, but there is also grief from change and the loss that comes from change.

An enjoyable continuation, paired with an excellent novella centered on Gilly and where she is now.

Advance Reader Copy courtesy of Daw (Penguin RandomHouse) in exchange for an honest review; changes may exist between galley and the final edition 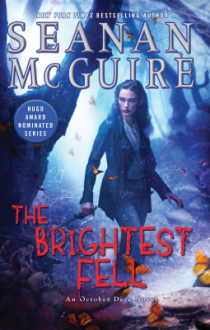 Most of Toby's stories drop you into the action and feed you necessary bits of exposition as they barrel along.

This book takes the time to introduce you to the world setting, and in that marks a note of gravity and weight that has been absent at the start of the stories, but has always lain lurking.  In that, the novel starts off feeling like we've reached a new step, gone past some point of no return in both Toby's life and in Faerie itself.  Fitting, since ina the author's own words, Toby is starting to pay off debts created five or six books ago.

We know something is coming, hints have been dropped and there's the looming matter of Toby's debts to the Luideag.  Matters which were both brought starkly to light in Once Broken Faith when Luideag mentions it would take too long to replace Toby, and then later when she saves Tybalt's life.  But much of that is for a yet later story.

Meanwhile this is Seanan McGuire's writing, so we'll get that wry humor that infuses all of her stories.  It's not all blood and desperate magic.  I mean, the first chapter features the Luideag singing karaoke at Toby's Bachelorette party.  But a bleakness grips the narrative as Toby tackles a deeply personal challenge, one that puts her loved ones in peril, forces her to work with the man who's been her nightmare, and shines a glaring spotlight on the chasm between Toby and Amandine.

A rich, personal, and compelling continuation of the story.  Highly recommend.

Advance Reader Copy courtesy of Daw (Penguin RandomHouse) in exchange for an honest review; changes may exist between galley and the final edition. 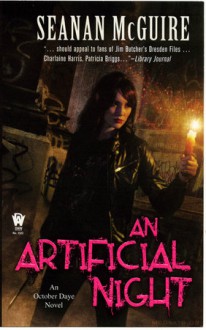 when Toby's friend's stand to reclaim her, yeah, I totally teared up.

this will go in as "Dark and Stormy Night" for Bingo, I'll have to actually check in on it later to see if this gets me my 5th bingo or not.

This would also fit for "Halloween" due to a significant event within the book.  Possibly others but life chaos (good chaos, but chaos none the less) has me at barely human. 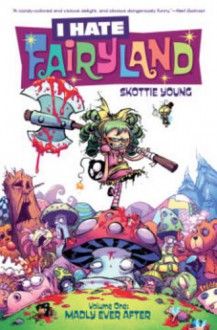 I Hate Fairyland is a piece of demented madcap genius.

Imagine the rage of Spider Jerusalem in the body of a six-year old girl on a maddening quest through fairyland for some 30 years... complete with magic mushrooms and added immortality (but minus the bowel disruptor).

As a young girl, Gert may have wistfully desired a visit to fairyland as she played with her toys, but that dream quickly turned to a nightmare as the ground literally opened beneath her and she was bodily thrown into a magical realm.  Terrified rather than delighted, the confused Gert was told getting home was a simple matter, she just needed to complete a little quest to find a key.  Nearly 30 years later, Gert is unchanged in body, seemingly no closer to finding the key to escape, and long past the end of her patience with anything to do with Fairyland.

And it turns out, enough wholesale slaughter will drive the Queen of Fairyland to seek out any opportunity to rid herself of Gert's menace.  Violent shenanigans ensue.

Advance Reader Copy courtesy of Image Comics in exchange for an honest review; changes may exist between galley and the final edition. 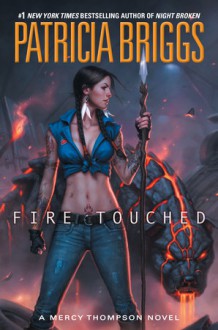 Things don't stay quiet around Mercy, but it's not her fault that things in her life keep getting complicated.  Last time Adam's ex-wife brought rains of literal fire as she sought safety from a volanco god she shacked up with.  But even among the supernatural, Mercy's an rarity, and that attracts curiosity and animosity.

The fae have largely withdrawn into their "reservations," plotting their own games out of sight.  So a rampaging troll becomes a problem for the pack, and the following declaration of territorial protection afterwards ruffles a few feathers.  But the troll was chasing something the fae want back badly, a changeling child stolen long ago with a special connection to Underhill, and what happens next could either upgrade the cold war with the fae or establish a new treaty.

Ok, so first of all, were you missing Zee?  I know I was.  We get Zee. Stuff with the fae get interesting, and we get some heavy hints about level of power some of Mercy's fae associates possess that have been kept well tamped down before.  I have to say, vampire power-games have nothing on those of the fae.

Things haven't quite settled down with the pack in regards to Mercy's role.  After all, she has been instrumental in some rather significant upsets.  But she and Adam are done with leniency.  It's taken quite a few books to get to this point, but the books generally take place over relatively short periods of time... and it is at the very least politic to try and not use the nuclear option to solve problems.

Fire Touched brings together many characters and elements that have built up through the previous books.  Alliances, alienation, politics, and sacrifice come solidly into play.  A great continuation of Mercy's story, and one that leaves me eagerly waiting for the next chapter.

Advance Reader Copy courtesy of Ace (Penguin RandomHouse) in exchange for an honest review; changes may exist between galley and the final edition.