Log in with Facebook
or
Wrong email address or username
Sign up
Already on BookLikes? Log in!
Incorrect verification code
Please, check your email, the code to access your BookLikes blog was sent to you already.
Enter code:
« Back Send
back to top
Search tags: faeries-and-fae

review 2020-05-23 19:46
Beautiful illustrations and a delightful look into the world of Faerie 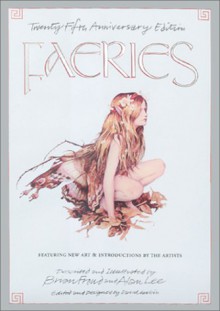 I really appreciate how the authors bring together all the different myths and legends surrounding faeries.

This is probably one of the most beautiful books I've visually just ever read. Such a lovely find and worth purchasing as a very cool coffee table book. :)

***Disclaimer: I received a copy of this book from NetGalley in exchange for an honest review. Thank you NetGalley!***

This book is proving to be a difficult one to review and decide on an appropriate rating. I finished it over 24 hours ago and am still trying to put my thoughts together. On the whole, it was an alright story. There was absolutely nothing revolutionary about it, but it’s a solid story.

Let’s start with Liza. I did not really like her as a character. I found her to be annoying for the most part. She starts off fine, a bit histrionic but who wouldn’t be freaked out by the things she is discovering about the world? After awhile she seemed far stupider than I felt she should be. The pieces were there but she just refused to put them together and instead continued with her internal narrative that “there’s no way that any of this involves me”. Literally everyone in the book is telling you that it does. Hell, your dreams are telling you that it does! The strange happenings are telling you that it does! EVERYTHING IS SCREAMING AT YOU THAT YOU ARE INVOLVED!! So while there was nothing actually wrong with the character, she grew to be infuriating. And then when we got to the end of the book, it turned out she was pretty useless and unnecessary to the plot. More on that in a minute.

The characterization of the fae was fabulous. I enjoyed seeing a more horrifying aspect of the land of fae instead of the pretty, sparkling faeries that are so common in literature. I can’t say that the book was overly scary, but the horror aspects of it were very well written and interesting. I can’t say that I can conjure up too much emotion about the other characters since I did not feel that I got to know them at all. They were a flat and lacked qualities that would have made them more relatable and realistic characters. They were fine, but one dimensional. They also seemed to be a bit stupid at times, similar to Liza’s stupid. They acknowledge that everything happening is telling them that the old rules don’t apply. But then they run around screaming, “Oh My God! Why are the old rules not working!?” Well, duh, you just said why just a few pages ago.

A lot of this book was difficult to read. I found myself reading the same page a few times in order to understand what was going on. I am not entirely sure what made it difficult but I had a very hard time.

On to my last point for this: The ending. Warning!!!! Spoilers:

So, the whole point of the book is that Liza is a fae princess and has to choose between two princes. One prince wants the fae to rule the world and exterminate humans. One prince wants the fae to live in a dimension completely separate from humans and allow the peaceful existence of both. In the end, Liza will choose her prince and that will decide the fate of the world. But then we get to the end and she doesn’t choose! She chooses to stab herself instead in order to not have to make a choice. And somehow this meant that her choice was for peaceful co-existence of humans and fae? I have no idea where that ending came from but I didn’t like it. Making a choice by not making a choice and then somehow that means that everything is fine. So dumb and kind of made me feel the book was pointless in the end.

At the end of the day this book was decently written with passable characters and the fae are good enough to make this book a decent read. 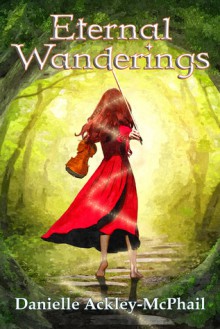 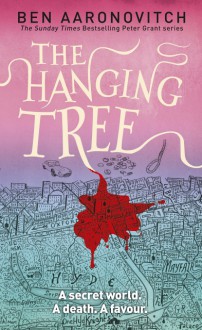 This one wasn't going to get reviewed. As soon as I'd finished it I started in on the next one. And by the time I'd got to the end of that I couldn't even remember the plot. Well, a week later I still couldn't, so I looked.

And that's when it hit me: although there is plot that isn't why I read them. They're cozies. The mystery itself isn't the point. I read them because I like Peter's snarky voice, and his relationship with his immediate and extended family; his alternate family at the Folly: both the unusual denizens of the house, but also his magical and nonmagical police associates; plus, too, there's the snug domesticity with his girlfriend and then her whole extended family. I like all the scientific questions that Peter asks about magic, and the experiments he comes up with as well as the tools, the sheer geekiness of him. I like how we're reminded that policework is all about evidence and grinding routine, even as there's always an opportunity for Peter to jump in with something brave and disastrously dangerous. And like everyone else, I appreciate seeing some of the millions of non-white and non-wealthy residents of London. And then too, there's rather a lot about food.

Really the only way it doesn't fit the archetype of Cozy in my head is that the lead isn't a woman, which isn't an assumption I was aware of before now. 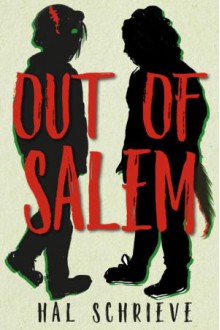 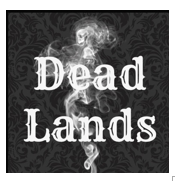