Log in with Facebook
or
Wrong email address or username
Sign up
Already on BookLikes? Log in!
Incorrect verification code
Please, check your email, the code to access your BookLikes blog was sent to you already.
Enter code:
« Back Send
back to top
Search tags: fall I'm in love with this little elephant and his mouse friend. This story is simple but their friendship warms my heart. Little Elliott and Mouse love living in the city but sometimes it gets to be too much, so the decide they need to get away. The two jump on a bus and head to the country where they can enjoy everything the country has to offer. TITLE:  The Fall of Gondolin

"In the Tale of The Fall of Gondolin are two of the greatest powers in the world. There is Morgoth of the uttermost evil, unseen in this story but ruling over a vast military power from his fortress of Angband. Deeply opposed to Morgoth is Ulmo, second in might only to Manwë, chief of the Valar.

Central to this enmity of the gods is the city of Gondolin, beautiful but undiscoverable. It was built and peopled by Noldorin Elves who, when they dwelt in Valinor, the land of the gods, rebelled against their rule and fled to Middle-earth. Turgon King of Gondolin is hated and feared above all his enemies by Morgoth, who seeks in vain to discover the marvellously hidden city, while the gods in Valinor in heated debate largely refuse to intervene in support of Ulmo's desires and designs.

Into this world comes Tuor, cousin of Túrin, the instrument of Ulmo's designs. Guided unseen by him Tuor sets out from the land of his birth on the fearful journey to Gondolin, and in one of the most arresting moments in the history of Middle-earth the sea-god himself appears to him, rising out of the ocean in the midst of a storm. In Gondolin he becomes great; he is wedded to Idril, Turgon's daughter, and their son is Eärendel, whose birth and profound importance in days to come is foreseen by Ulmo. 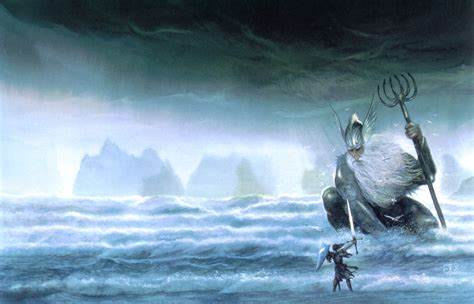 At last comes the terrible ending. Morgoth learns through an act of supreme treachery all that he needs to mount a devastating attack on the city, with Balrogs and dragons and numberless Orcs. After a minutely observed account of the fall of Gondolin, the tale ends with the escape of Tuor and Idril, with the child Eärendel, looking back from a cleft in the mountains as they flee southward, at the blazing wreckage of their city. They were journeying into a new story, the Tale of Eärendel, which Tolkien never wrote, but which is sketched out in this book from other sources.

Following his presentation of Beren and Lúthien Christopher Tolkien has used the same 'history in sequence' mode in the writing of this edition of The Fall of Gondolin. In the words of J.R.R. Tolkien, it was ‘the first real story of this imaginary world’ and, together with Beren and Lúthien and The Children of Húrin, he regarded it as one of the three 'Great Tales' of the Elder Days."

This is a beautifully illustrated compilation of all things relating to the Fall of Gondolin.  There isn't anything in this book that you won't find in the Silmarillion, Unfinished Tales and the History of Middle Earth books, but it's nice to have everything in one book.  Glorfindel makes a wonderful appearance, so does Ecthelion of the Fountain, a bunch of balrogs, dragons and oddly enough metallic war machines stuffed full of orcs.  The writing is beautiful as always. 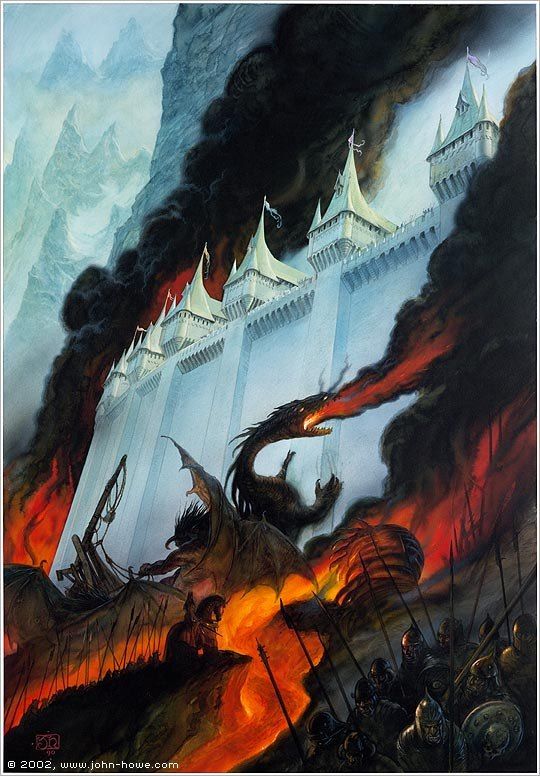 The Punic Wars are a favorite of military history buffs. Rome's three wars with Carthage were the beginnings of its empire extending beyond Italy, also Carthage was the only opponent Rome ever faced that was at the time its military and economic equal. Most of the Punic Wars fascination centers on the Carthaginian commander Hannibal, who is usually ranked as one of the greatest military geniuses of all time. In particular, the Battle of Cannae is singled out as the definitive example of a brilliant commander making perfect use of the terrain and all his resources to defeat a much larger opposing army.

Goldsworthy's book is very much a military history. He does touch on the causes of the wars, but I would have appreciated a little more detail in that area, and some more exploration of the cultural and religious differences between Carthage and Rome. Goldsworthy focuses on the commanders and the battles, on Carthage's reliance on mercenaries while Rome's army consisted primarily of citizen soldiers. He relates how Carthage's navy initially dominated the Mediterranean, and how Rome quickly built a navy from scratch that ultimately defeated Carthage's more experienced sailors. I now know more about the differences between triremes and quinqueremes than I ever expected to.

Military historians, while popular with lay readers of history, are a minority among professional historians. Academic historians tend to focus on the vast socioeconomic forces that cause wars and ultimately determine the winners and losers. While I tend to agree with the socioeconomic interpretations, there are times when history turned on the unpredictable actions of individuals. Interestingly the Punic Wars can be used to support both arguments. While Rome never found a commander to rival Hannibal, the relentless Roman war machine ultimately destroyed Carthage. In the end consistent competence defeated unpredictable genius.