Log in with Facebook
or
Wrong email address or username
Sign up
Already on BookLikes? Log in!
Incorrect verification code
Please, check your email, the code to access your BookLikes blog was sent to you already.
Enter code:
« Back Send
back to top
Search tags: fiction-horror-and-paranormal 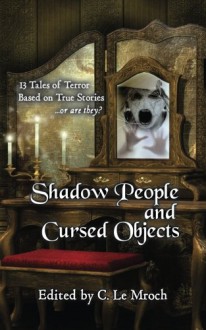 In volume 23, Carl left the Hilltop colony to follow the Whisperers because of Lydia. And after reading this, I feel I can say Lydia was telling the truth. She doesn't like what her group does, but I suppose she feels she has no other choice than to follow them. I also understand Carl caring. It is good to care, but at the same, they've known each other a very short time. How could he know for sure she was trustworthy? He doesn't. And even if he did know for sure, his actions were stupid. He has not only put himself in danger but everything and everyone in Alexandria are now also in danger because of his actions, because he acts without thinking. I have to say, I've not been happy with Carl these last few volumes.

I also wonder what Negan is up to. How did his cell get unlocked? He says he wants there to be trust in his relationship with Rick. After all, Negan is done, I just don't know how he can expect trust from anyone.

And the Whisperers. . . Their beliefs are crazy. They are definitely dangerous. I feel for Rick and everyone else. Things have been peaceful, maybe even normal. It seems now they will have to defend themselves again.

And Maggie had to make a hard decision. I just wonder how Rick will react to it.

The ending made me even less happy with Carl. Maybe I'm being harsh on him, but if he'd only listened, I think those people would still be alive.

I can't wait to read the volume. I wish I could read it right away, but I'll have to wait for my library to get it. 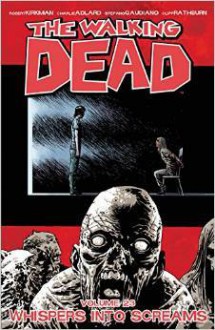 Not too much is seen of Rick or Alexandria in this volume. It focuses on the Hilltop colony, more specifically, it focuses on Carl and Maggie. There will be spoilers in this review.

Maggie is the leader of the Hilltop and some people aren't happy about that. Especially Gregory. Carl is settling in and it's not long before there is trouble. He didn't start, two other teenagers did by attacking Sophia. If Carl didn't set in, they probably would have killed her. Carl saved her, but he did go overboard by almost killing them.

The parents of the boys are mad and want Carl to be punished. They believe their boys to be innocence and Sophia and Carl are getting the blame for all of this. And I understand all parents would want justice if their child is hurt, but these parents are stupid. Their kids are the problem and started it, but they refuse to see that. Rather, they would prefer to blame it on Sophia, Carl, and even Maggie's leadership skills. And Gregory is quite the nuisance. I hope they keep him locked up.

And I'm not sure what to make of this new group, The Whisperers. How they survive is definitely different. And honestly, I'm not sure if I trust Lydia. Carl, for whatever reason, does trust her, though. I think he wants to believe that despite coming from a group like that, Lydia could change. And sure, that is possible. But, fully trusting her only after a day of knowing her? I don't think that's the best idea. And now thanks to her, Carl has become a man.

I really liked this volume, but I don't think Carl is making the best decision. Looking forward to reading the next volume. A few years have passed and life is actually starting to become a little normal again. Communities are thriving, trading and working together. Negan is still imprisoned. Life is good and seems to be fairly safe.

But, in a world where the dead still roam and there are no laws, how long will this peace last?

This volume seems to take place a few years after the last. Carl's a bit older, Maggie's kid is a toddler, and Rick's now walking with a cane. The dead are still around, of course, but for the most part it seems they now have a peaceful and happy life.

But that ending. . . .What was going on there? It's got me curious and worried for the group because what they've achieved has the potential to be destroyed or taken away if another threat is on the horizon