Log in with Facebook
or
Wrong email address or username
Sign up
Already on BookLikes? Log in!
Incorrect verification code
Please, check your email, the code to access your BookLikes blog was sent to you already.
Enter code:
« Back Send
back to top
Search tags: high-profile 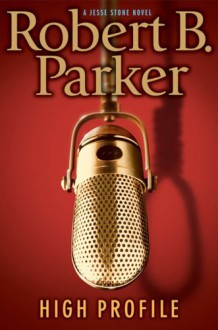 At first I was extremely irritated about all of the, "Jesse said", "Sunny said", "Suitcase said", but then I was kind of glad because although the narrator was good his voices weren't that different from each other so I don't think I would have been able to keep track of who went with which dialogue.

The book itself was good but the relationship with Jesse and his ex-wife - how can he still love her? How can she claim that she loves him and then hurt him? Why should he wait for perhaps decades for her to come back to him? I don't mind dysfunctional but this was extreme because it's been going on for books and books and I see no end in sight. So I'm going to hold off on reading/listening to this book until I forget how much this irritated me and try it again.

Note: two main series main characters involved in this book, but like in Blue Screen, only one point of view (this one follows Jesse Stone, while Blue Screen followed Sunny Randall).

Parker has lead me to the conclusion that it is much better to have never loved than to have loved and lost. All his main characters, Spenser (and Susan), Jesse Stone (and Jenn), Sunny Randall (and Richie) are mixed up in relationships that involve deep love, but also an inability to stay together or to sever the connection. Why not separate? Because they love too deeply. Why are they apart? I haven’t a bloody clue.