Log in with Facebook
or
Wrong email address or username
Sign up
Already on BookLikes? Log in!
Incorrect verification code
Please, check your email, the code to access your BookLikes blog was sent to you already.
Enter code:
« Back Send
back to top
Search tags: historian-fiction 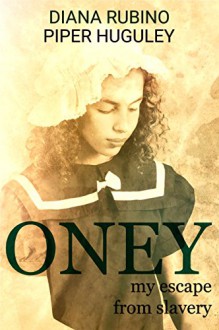 Title:  Oney:  My Escape From Slavery

"Oney: My Escape From Slavery" by Diana Rubino & Piper Huguley

This story will leave one with so many emotions in this well told historical fiction story about Oney.  These two authors really give  the readers quite a read [escaping from slavery]  where you will see good times and also horrible times that happened around Oney Judge as she seeks her freedom from a most powerful family of the United States. "Oney" is definitely one of those reads that will give you a lot to ponder over long after the read. I will also say this is one of those stories that you will have to be ready for because there is a little bit of it all as one can imagine from the title of the novel "Oney: My Escape From Slavery." 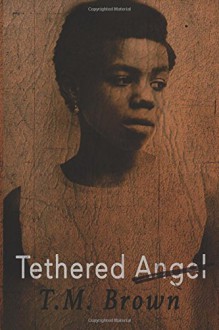 A very touching story...of Angel young black girl in the 50's who was the daughter of 'Georgie and Donnie' that endured quite a bit from the hands of Miss Emily Baker. I will say that lady definitely made Angel's abduction so very captivating giving the read a very interesting read. As Angel is drawn into Miss Emily manipulation, craziness and strangeness and let's not leave out that hold she had on Ricky. Will Angel make it back to her mom Georgie before it is too late? In the end I liked how this author brings it all together and I will stop here and say to get the whole story the reader will have to pick up this well written read with a good storyline to see what all happens in the end. 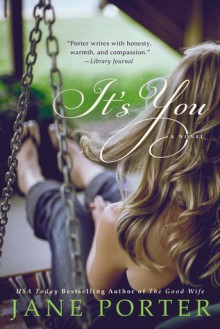 "It's You" by Jane Porter

I really like how this author was able to give the reader such a good story of healing as it was for Ali especially after she left for Napa after the death of her mother and untimely death of her finance Andrew, who had committed suicide in Arizona. Truly life for Ali had been 'turned upside down.' Now she was in Napa looking after her father due to falling and injuring his arm who now lived in a retirement community. Would she be able to find some peace after all of her painful memories that had haunted her from Arizona? It was in Napa where Ali opens up to new friendships and trying to decide what would be best for her life now that she is alone and feeling very angry. What will happen after Ali meets a cantankerous old women named Edie who lad lost her husband in W W II? I liked how this author was able was able to let one see that there are some many pains and losses in our world. This history was indeed interesting! From meeting Edie why would a journey to Berlin give Ali answers about not only Edie but herself also? Who would have known that both of these women had endured tremendous emotional pain. In the end would there be a way for Ali to heal and yet not forget? I liked how this author was able to show through another person story how Ali will be able to find the courage she needed to want to live again. I found the characters were beautiful written being so well developed, defined, some humor and so believable giving this story such a heart wrenching detailed story that I wasn't able to put down until the end...often finding myself tearing up at parts of the read. Be ready for a good story of personal growth and self discover....also there is a backstory from a Edie's diary...but I don't want to spoil it for you...only to say you will have to pick up the good read to see for yourself what that is about.

"It's You" was a well written story by this author that told two stories of two women of different generations that showed raw powerful emotions. For Ali.... love and loss, recovered from heart break and healing to being able to pick up the broken pieces of the heart and the strength to make some new choices and hope again. I will go farther in saying that this is one novel that will stay with you long after you have read it.

I received a copy through NOR in exchange for an honest review.