Log in with Facebook
or
Wrong email address or username
Sign up
Already on BookLikes? Log in!
Incorrect verification code
Please, check your email, the code to access your BookLikes blog was sent to you already.
Enter code:
« Back Send
back to top
Search tags: history-of-movies 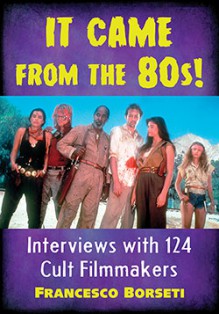 If the 1950s and 1960s were the golden era of the exploitationist "B-movie," the 1980s was its silver age. Thanks to the growth of both cable television and home VHS players, low-budget productions had new outlets for their films, and producers leaped at the opportunities that they provided. While many of these movies were forgettable, some have attracted followings by those who enjoy their charms or for whom the films are a nostalgic artifact of their lives back then.

It is this audience to whom Francesco Borseti's book is directed. It is a collection of interviews with the men and women involved in making 28 English-language films from the decade. The interviewees are a range of people from writers and directors to actors and technical personnel. The main criteria for their inclusion seems to be a willingness to speak with Borseti about their memories of working on the film, which offers a unique glimpse into the process of creating a B-movie back then. While the eclectic nature of interviewees and their responses (some of which tend more towards self-promotion than recollection) doesn't provide a systematic account of their production, fans of these films will find this an entertaining glimpse behind the scenes of the movies they enjoy. 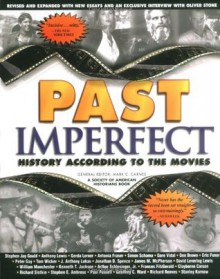 This is experts in their field - mostly history - taking on movies that take on history.  The movies get mixed grades.

Highlights for me include Steven Jay Gould on Jurassic Park, the review of Last of the Mohicans (complete with Soap Opera Digest-style plot summary), and the review that concludes with the thought that all movies about Wyatt Earp are historically incorrect (so watch the John Ford movie, because it's a stone cold classic).