Log in with Facebook
or
Wrong email address or username
Sign up
Already on BookLikes? Log in!
Incorrect verification code
Please, check your email, the code to access your BookLikes blog was sent to you already.
Enter code:
« Back Send
back to top
Search tags: hobby-review 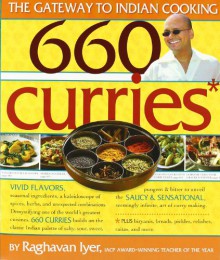 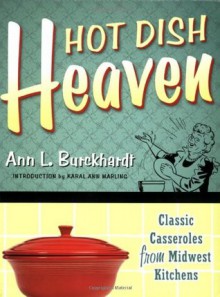 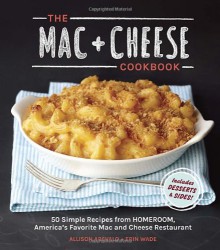 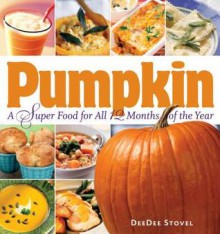 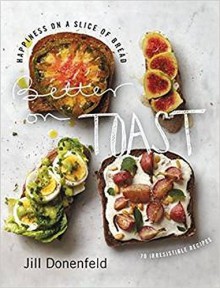 As we move into the chillier times of the year, sometimes its nice to cook something quick, hot, tasty, and comforting, preferably with a lot of cheese or hot broth. Something that is filling and doesn't take too long to prepare, and of course, is delicious. Here are a few of my favorite cookbooks I go to for winter comfort food.

This is truly a comprehensive and handy compendium of Indian curry knowledge, including everything you need to know to craft delicious and diverse curries from across the many regions of India, Pakistan, Nepal, Bangladesh, and Sri Lanka. A curry, defined as any dish simmered in a spiced sauce, is probably one of my favorite meals to get me through any day, cold or hot. Offering six hundred and sixty different recipes organized by type, including many vegetarian recipes, recipes for making your own spice blends, and even your own paneer, it is easy to get overwhelmed. In addition to more complex, in depth dishes, there are plenty, particularly in the diary and legume sections, that can be prepped in under an hour and they are all ample. Offering spicy, savory, sweet, and tangy dishes, there is something for every taste as well. My favorites are the many variations of lentil dishes. Some include some more difficult to find ingredients, but if you don't have time to run down to your closest Indian grocery store, good examples for substitutions are also provided.

Here in Minnesota, we have a special name for what everyone else calls casseroles, "hot dish," a staple that, during the 20th century, became a staple of many Midwest homes. Generally consisting of some sort of starch, meat, and diary, with maybe a vegetable or two and plenty of salt to make it "spicy," an entire family could survive on one dish for days. Along with a little history of the form, the authors scour old church, school, institutional collections of recipes from the Midwest, exploring some hearty vintage meals. Unlike some other vintage cookbooks, the recipes here are actually edible, if not always pretty. There are, if you can believe it, even a few vegetarian examples in among all of the hamburger and ground pork covered in tater tots.

My favorite recipes here are the British style cauliflower cheese, the classic tuna and noodles, and the delicious tian of zucchini, rice, and cheese.

The cookbook spin off from the Homeroom restaurant in Oakland, California, nothing says comfort food to me like Macaroni and Cheese. Offering up fast, easy, and innovative mac and cheese recipes, from the classics like jalapeno popper mac to the decadent (and expensive) Dungeness crab mac, there is something for every taste. My favorites are the fresh ginger infused Sriracha Mac and the deliciously goat cheesy Mac the Goat. Weather over baked with a crunchy bread topping or just fresh out of the pot, nothing helps a winter day like a bowl of hot cheese and noodles. The most important thing is the rules of making the mac and cheese sauce provided in the book, which can be stored easily to make a few more dishes. In addition to the macaroni and cheese, the authors provide some side dish and dessert recipes to go with them. The mac and cheese is the real attraction here, though.

Nothing says fall and coming cool weather more than when local pumpkins, the large orange squashes, begin to appear in grocery stores. Pumpkin pie was my favorite pie growing up, mostly, I think, due to the ginger, nutmeg, and other spices in the mix, but I started to appreciate the sweet, earthy flavor of the pumpkin itself, and other squashes, later. This looked to be a good cornucopia of recipes all utilizing pumpkins, from entrees to the obligatory desserts.

Sadly, in the end, though, I can't recommend this one. In spite of trying a few recipes, including an interesting Southern pecan pumpkin pie, nothing really inspired me here. Too many of the recipes use simple canned pumpkin, instead of fresh baked pumpkin. While baked, pureed pumpkin is discussed a bit in the introduction, there doesn't seem to be much advice on how to make it. A few of the recipes don't even use pumpkin, but are just pumpkin shaped! A have other cookbooks that have much more interesting pumpkin recipes.

Soup of the Day

This is a monstrous collection of soup recipes, one for every freaking day of the year. Taking advantage of the mood, weather, and seasonal ingredients available each month, the recipes are super varied and good for any taste- vegetarian, meat, seafood, they are all there, and from many cultures and cooking traditions as well. What could be better than a hot bowl of soothing soup on a cold winters day? Maybe a thick, hearty bowl of stew? In either case, this book has you covered.

This was a fun new cookbook I recently checked out that deals with sprucing up that quintessential comfort food; toast! Some cool ways to make toast without a toaster are included, and a variety of ways to make some delicious use of your toasted bread. I particularly like Grandpa Toast, a quick and spiffy way to make some great sardines on toast, and the French Onion Toast was awesome as well, along with the avocado toast and the spicy red lentil toast. Weather for breakfast, dessert, oer d'oeuvres, or just a midnight snack, there are plenty of fast and easy recipes provided to go through a few loafs. 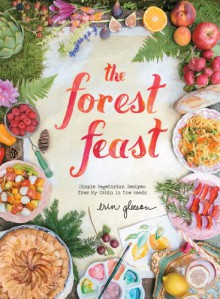 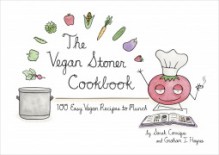 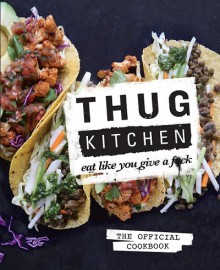 One of the nice things about living alone is that I can try out a lot of different things in the kitchen, and I have only my own tastes to worry about. I can make things as spicy as I want, try my hand at new ingredients and techniques before subjecting other people to them. Of course, I'm not really a chef, so I rely on cookbooks and the invaluable knowledge provided in them to get me through my cooking experiments. There are so many cookbooks available out there, though, it can be overwhelming. That's why I often avail myself of the wide variety of books available at the library. If the pages have food signs, that's a sign it's a good one, right? Here are a few I've checked out.

They Draw and Cook: 107 Recipes Illustrated by Artists from Around the World - Nate Padavick

Derived from a blog that "draws" artists from all over the world, They Draw and Cook is a colorful compendium of illustrated favorite recipes submitted to the website. Simple recipes for the most part, the kind of comfort food that is hearty and quick to make, it is great way to experience some of the diverse, everyday cuisine of the world. Including a mix of vegetarian, meat, and desserts, there should be something to suit any palate. I tried recipes from Spain, Russia, and the U.S. However, while the varied art styles used by each artist to illustrate the procedures and ingredients are fun, on occasion they can be a little difficult to follow. This is particularly hard in the case of different methods of measuring that may be hard to convert, on the cuff, to whatever standards you follow. Still, experimenting with recipes can be its own fun.

The Forest Feast: Simple Vegetarian Recipes from My Cabin in the Woods - Erin Gleeson

The Forest Feast is definitely a beautiful book, with colorful, vivid photographs (as befits a professional photographer), with a lot of fun, simple vegetarian recipes that take advantage of the fresh produce of seasons. The recipes themselves are presented in a fun way, with photographs of the required ingredients spread out and ready to use. On the other hand, the recipes themselves are, for the most part, pretty simplistic and common sense- nothing you have not seen before in tons of other vegetarian cookbooks- on occasion, it’s just slapping together a couple of store bought items, like an ice cream float using beer (don’t forget to put nuts on top). Pretty nice ideas for a last minute dinner party and great for a library checkout just for the pretty pictures if nothing else.

I’m not really a stoner, nor am I strictly a vegan. I more what it’s trendy to call a “flexitarian,” but much of what I cook is vegan, so I decided to check out this cute book with its simple recipes to see if there was anything work making in here. There are some interesting and innovative recipes here, generally dumbed down a bit to be useful to those who may be a little stoned while they’re jonesin’ for some grub but it actually uses a lot of packaged, premade food, generally of the sort you pick up at Trader Joes. Also, I felt that some of the recipes were a little vague in their ingredients list (being represented by pictures, for the most part). Still, it is a pretty adorable presentation and some of the recipes were good comfort food, such as the Peanut Stew and the Swedish Neatballs.

This is a bit of a problematic one- I started out following the blog and being amused by it’s comical profanity, the incongruous nature of vegan cooking from "the streets," and the pretty tasty recipes (in particular, the roasted chickpea and broccoli burrito). , Perhaps it was easier to pretend that maybe it was created by a multicultural group of chefs, but after it was published it became known that it was the product of a couple of lily white yuppie types. Hmmm. "Digital Blackface" may be an accurate charge here.

I guess they needed a schtick to differentiate Thug Kitchen from all those other irreverent vegan cookbooks out there, and maybe up it’s “macho” quotient a bit to pull in some dietary fence sitters, but what may have been less of an issue for a blog is a little more difficult in a published book, I feel. While it may be a rather minor point for a tough talking cookbook to be accused of racism, it does seem a little hard to defend. I mean, you can argue that "thug" does not automatically mean "Black," but in an American context, what is the connotation?

I don’t know if would have been better to have called it the “tough guy” kitchen, but the racial appropriation angle is unavoidable here, no matter how good the food. On that front, I do like the recipes.

One from the Minnesota Historical Society’s Northern Plate series, I really enjoyed this cookbook and will definitely be picking it up. I have always enjoyed squash, and Amanda Paa pulls together a lot of great vegetarian and non-vegetarian recipes for this great, oft ignored piece of produce. This is a great companion for the Twin Cities' many awesome farmers markets, for any time of year, summer squash and autumnal butternuts alike, so that you can always have a use for whatever's available. Now, I'll need to check out Northern Plate's rhubarb title!