Log in with Facebook
or
Wrong email address or username
Sign up
Already on BookLikes? Log in!
Incorrect verification code
Please, check your email, the code to access your BookLikes blog was sent to you already.
Enter code:
« Back Send
back to top
Search tags: indian-history The 1940s was the most pivotal decade in the history of modern India. It was during these years that India broke away from centuries of British rule and established their independence after a bloody partition that still defines relations between two nuclear-armed powers. Numerous books have chronicled the struggle for independence and the chaos of the partition that followed, spotlighting the role of these events in shaping the nation. Yet this focus has the effect of overshadowing India's role in an even larger historical event, namely the Second World War. Indeed India is one of the few participants in that conflict for whom the war was overshadowed by other developments which assumed a greater place in the nation's history.
As a consequence, India's role in the Second World War and the war's role in India's history remain extraordinarily understudied events. To fill this gap Srinath Raghavan provides readers with a book that examines India's participation in the conflict and how it affected the lives of millions of Indians. It is a wide-ranging work that covers events from North Africa and Italy to Burma and Malaya, addressing the manifold ways in which India's participation shaped events and how these events, in turn, shaped India for better and for worse.
Raghavan begins by explaining the circumstances facing India at the start of the war. When war broke out in Europe in 1939, British politicians and administrators were dealing with a fractious Indian political scene, one dominated by the Congress Party but consisting of a range of different ideological and sectional interests. As they had a quarter century earlier, the British committed India to the war without any sort of consultation with India's political leadership, a decision which only fueled resentments. Yet these leaders were hardly united in their views on the war, with opinion ranging from Gandhi's nuanced pacifism to supporters of the war effort to those who believed that an Axis victory might lead to independence. These disagreements hampered efforts to form an united response to the war, which made it easier for the British to draw upon its resources for their war effort against Nazi Germany.
India's role in the war was substantial from the start. As Raghavan details, India played a vital role in Britain's strategic planning, with India in charge of imperial defense efforts in a vast swath of territory stretching from the Middle East to southern Asia. From the Indian perspective, the greatest threat was posed by the Nazi-Soviet Pact, as British officers in the region feared a Soviet attack through Afghanistan. Yet their ability to meet such an attack was constrained by the small size of the Indian army, which was geared towards more of a constabulary role than one of conflict against the military of a modern Western power. Efforts to train and equip Indian soldiers for more of a traditional battlefield role were hampered by a variety of factors, key among them being a lack of proper equipment and British beliefs about the "martial races" in Indian society. As a result, Indian mobilization was slow and half-hearted.
This changed with Japan's attack on Britain's empire in southeast Asia. The Japanese offensive in Malaya and Burma transformed the situation dramatically, as British military power crumbled before it. Indian units quickly demonstrated the limits of their military training, as they disintegrated in the face of aggressive Japanese forces. Raghavan describes the full impact of the war coming before India's doorstep, with hundreds of thousands of civilians fleeing the Japanese advance and evacuating the eastern coastal cities in fear of a possible Japanese invasion. Yet as he details, it was at this point when India was fully committed to the struggle. Resources and equipment poured in to equip a rapidly expanding Indian army, which received better treatment and more extensive training than before. The improved results could be seen in 1944, when Indian forces proved more than a match for the Japanese army in the battles in Burma, allowing the British to retake the colony. An awakened India soon proved too difficult for a weakened Britain to manage, however, with the war's legacy contributing to the British decision to grant independence just two years after it ended.
Raghavan's book provides readers with a much-needed account of India's vital part in the Second World War. It is impressively comprehensive, covering not just the role played by India's soldiers, but the political, economic, and social impact of the war on India as well. Such a vast topic can sometimes overwhelm a book yet Raghavan's grasp of his material is impressively secure, veering off course only during his chapters covering the roles played by Indian troops in the Middle East and North African, in which his narrative deviates into more of a general history of the campaigns in those regions. Yet this does nothing to detract from the merits of a book that should be read by anyone interested in modern Indian history or the history of the Second World War, thanks to its long overdue coverage of a subject that straddles both subjects.
Military History Second World War indian history british imperialism
Like Reblog Comment
show activity (+) 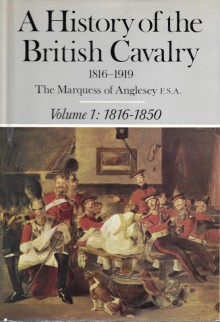 My latest podcast is up on the New Books Network website! In it, I interview Lisa Balabanlilar about her biography of the Mughal emperor Jahangir. Enjoy!

Sandwiched as his reign was by those of his father Akbar and his son Shah Jahan and subsequently overshadowed as he was by his remarkable consort Nur Jahan, the Mughal emperor Jahangir has received short shrift in the historical memory. Lisa Balabanlilar’s book rectifies much of this by providing a clear and sympathetic account of Jahangir's life that, while acknowledging his flaws, rebuts many of the claims that contributed to his historical marginalization. Yet her book is more than just a biography of Jahangir, as she uses his life as a window into the Mughal emperorship at its peak, showing how it operates and expressed the power of its occupant. It makes for a book that is rewarding reading not just for those interested in Jahangir but anyone interested in learning about the Mughal empire and how it was ruled. 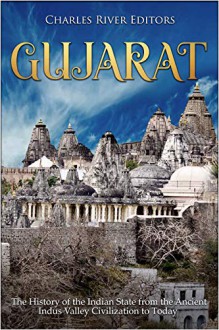