Log in with Facebook
or
Wrong email address or username
Sign up
Already on BookLikes? Log in!
Incorrect verification code
Please, check your email, the code to access your BookLikes blog was sent to you already.
Enter code:
« Back Send
back to top
Search tags: indie-review Immortown by Lily Markova
My rating: 4 of 5 stars

Famous actress Freya Auror suddenly finds herself in a very odd town where the townsfolk spend all their time consuming powerful substances and killing themselves. She soon discovers she's trapped, yet not all hope is lost. Maybe there's a way out for her, a way to escape the clutches of Immortown. Or just maybe she'll remain there until she fades...

I received this book in exchange for my honest review. My thanks goes to Lily Markova for giving me the opportunity!

In truth, I'm not a believer in life after death or anything like that, but Immortown definitely left me thinking and probably will continue to do so for a while to come. I didn't know what to expect and from what initially started off as serious confusion, turned to fascination as the story progressed and events were explained. I've never read anything quite like it before so, for me, it was certainly unique. Markova clearly has a lot of talent, from the way she writes to the overall tone of her work; the latter being how well she implemented the dark, disturbing feel yet could pull off the occasional humour. Despite that, I feel it took me a lot of effort to read it - I had to pay the utmost attention or I feared I'd miss something relevant; even minor distractions forced me to go over passages more than once. It was easy to lose place of what was happening amongst the lengthy narrative which whilst oftentimes beautiful, also dragged on in other areas. I struggled to rate it, but after some consideration I decided firmly upon the four stars; I really think it deserves such, given my overall enjoyment and the unmistakable thought that's been put into it.

Freya Auror was, in short, a troubled character. I know what it's like to lose someone extremely important and feel like letting go, so I could somewhat relate to her in the way that she lost herself to what she enjoyed doing; for her, it was the acting and the roles she played, such as Astra. She was also a woman enthralled by art, which in itself is characteristically attractive as it's so rare this day and age. I didn't particularly understand her connection to Kai, but I think she was the only one to truly see he wasn't the supposed villain everyone thought he was. Yes, perhaps he was a selfish man, but the burning of Immer wasn't exactly intentional. I actually really liked him, even though he wasn't perfect; quite the opposite in fact. He held an air of mystery and attitude that I found appealing. The childish India, her husband Remy and Chace were also good characters and of course, "Dude", who added some comic relief yet still succeeded to be a haunting figure. I wasn't fond of Kristle, but I suppose that was the whole point.

Indeed, the entire book was about death and suicide, but it was an intriguing take on things. It wasn't just a typical, simple purgatory tale, but something I found original. As I've already mentioned, the beginning had me scratching my head several times, but I'm glad I didn't let it scare me away. Eventually, it all clicked and that, when you sit back and realise all the ties are coming together and making sense, is a great and satisfying thing to experience. The two PoV's complimented and fit together nicely and the plot itself, whilst not action-packed, still greatly entertained.

In conclusion: A very deep and thoughtful read; one I found myself impressed with. I can't help but wonder about the aftermath of Immortown. Will there be a sequel? It surely looks like it could be continued, so fingers crossed! I'd be very interested in reading more just like this.

"You know, when people lose someone, they are horrendously hypocritical. They don't pity the ones gone; they mourn themselves for being left without something familiar or loved." 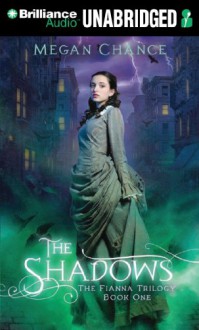 I went into this book with a little trepidation. Despite normally not doing so, I had managed to stumble across a few of the other Goodreads reviews before I started, and they weren't all glowing. Pacing seemed to be a major concern from a number of reviewers and lack of plot driven excitement.

Well, I'm happy to say that while the story as a whole was slow, I didn't find it dull. When working with trilogies or series it can be difficult to get the world building and plot driver levels correct to keep your readers engaged and provide the information they need.

Megan managed to introduce a large cast of characters, each with complex backgrounds in a way that didn't overwhelm the reader, provided teaser information and whetted the appetite for books 2 and 3.

Complexity of characters was lacking in some of the later introduced characters, but I'm sure they'll be explored in more detail in the next book/s. The main cast had quite a lot of time to unfold their natures to the reader and do so in a manner that I don't really trust yet, but I feel that was the intention.

It feels to me that Megan will portray a character in a certain way to start, only to have that original idea smashed by some later revelation. This is quite ingenious as it allows for character growth that the reader experiences too.

I loved the Irish history and legends that coursed through this book and long to delve further into the Sidhe and Fianna.

The biggest blow to this book was the love triangle. I am hoping it is redeemed later in the trilogy, but I'm not holding my breath.

**Note: I was provided an electronic copy of this book through NetGalley in return for an honest review** This is another example of fantastic writing from Tahlia, the prose was spot on, crisp and taught where it needed to be, and soft and flowing as needed too.

The characters were an interesting mix, starting with slightly quirkly Prunella (Ella) Smith, who Tahlia assures readers is not her (although between you and me, I couldn't help but see Tahlia's face when I brought up Ella's face in my mind). My favourites by a long shot were Merlin the cat and James. James is the sole reason this book gets shelved on my 'a-lil-sexy' shelf.

This story consists of several threads and weaves them together to form a strong, eloquent book. However, the overall message certainly sat in the spiritual realm, which is where it loses me and my interest. I can't say I get the buddhist belief system and this was far too engrained in the story for my liking.

I did enjoy Kelee's story that threaded throughout the tale, including the communication between Kelee and Ella. This was compounded by the fact that I have read some of Tahlia's Diamond Peak series; I was glad to get some background information on some of the characters I'd already met.

Where this story came into its own was the interestingly complex look at badly behaving authors and their war on honest reviewers. Having been on the receiving end of some minor indie author angst for my own honest reviews, I found the whole story a bit too explosive. This being said, I have heard of some pretty crazy reactions from people for constructive, yet negative reviews, so Tahlia's fictional account isn't completely outside the realm of possible.

I can't say this was my favourite of Tahlia's books, but it was an enjoyable, interesting mix that kept the pages turning. If you're interested in metaphysical and magical-realism books, give this one a try, it might be more to your tastes than mine. Well, that's how I feel about this book. It has a lot going for it - a unique and twisting landscape and world for its characters (of which there were many), magic and mayhem in equal amounts as well as an unusual plot.

What didn't work for me was the level the story was pitched at. We have so many young adult books about magic that this felt like it didn't fit, even for all it's unique qualities. This felt too juvenile to be considered Young Adult and felt more squarely pitched at children, not just those who enjoy the young adult genre. 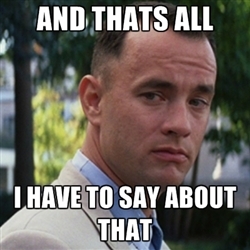