Log in with Facebook
or
Wrong email address or username
Sign up
Already on BookLikes? Log in!
Incorrect verification code
Please, check your email, the code to access your BookLikes blog was sent to you already.
Enter code:
« Back Send
back to top
Search tags: kara-storti 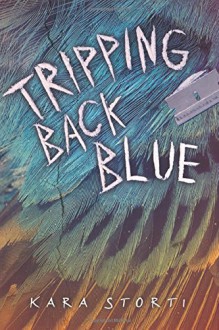 Finn wants his twin sister to succeed. He doesn’t care what happens to his future, as she is the bright one in the family, the one who has the potential to be successful. Finn has taken it upon himself to be the one to help her even though she has not asked anyone for help.   There are countless issues with Finn assisting his sister. It was a nice gesture but he is going about it, all the wrong way. Finn is going to finance his sister’s college education selling illegal drugs.

Finn has found a new magic drug that he feels he can make a fortune on. Finn, a drug dealer feels this new drug will be a hot item which will earn him more money.   Finding this drug is complicated and it brings about bigger stakes than what Finn has been dealing with previously. The novel becomes intense as I was worried about the outcome of the parties involved. Finn had developed a relationship with an older woman who had this new drug and I loved this relationship. He finally had found someone who he could talk to and be himself.   He was a different person when he was with her. She accepted him for who he was and they both found something within each other. Finn is spiraling out of control and he doesn’t see what drugs are doing to his own life, for he only wants to make money for his sister’s future. As the story unfolds, it is frightful to see Finn sink deeper and deeper into his own world, his disregard for his own life and his inadequate choices make me want to scream.   He is moving forward, not thinking about circumstances or choices, he is just looking for the next high or the dollar. He is focused and blind, a boy driven yet driving himself over the edge.   Finn’s world creates an intense vibe, a powerful adrenaline as he moves throughout the novel staying elated on life and trying to stay on top of this latest drug. He is constantly on the move, constantly being present and his constant state of high produces an air of urgency, an urgency that I felt as I flipped through the pages.   Life was good for Finn: he was making money, he had a new friend and he was higher than he had ever been. His sister tried to bring Finn back to Earth but Finn had his sights on her education. When things started to spin out of control, there was no way Finn was letting go of his goal.

I enjoyed reading this novel; I felt the intensity of what was occurring throughout the novel. I felt the power of the drugs as they filtered throughout the novel and the power they possessed. I thought it was a great story; I was captivated by the energy the novel produced and I needed to know what would happened to the characters and their lives. The story of the new drug and its origin was creepy and weird but it worked great with this storyline.