Log in with Facebook
or
Wrong email address or username
Sign up
Already on BookLikes? Log in!
Incorrect verification code
Please, check your email, the code to access your BookLikes blog was sent to you already.
Enter code:
« Back Send
back to top
Search tags: legal-thriller 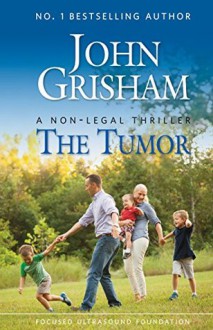 This book is a pitch to promote the potential impact of focused ultrasound: today’s medical story could become tomorrow’s lifesaving reality.

A free book although small 67 pages from John Grisham I couldn’t resist although I admit to have skipped the synopsis and the size of the book after all Grisham’s books are excellent…non.

We have in this story two scenarios:

The first starts with a fictional Paul receiving a diagnosis of a lethal brain tumour and the painful battle he and his family go through till his death.

Spring ahead 10 years in the second story is on focused ultrasound technology and its potential to change lives. Paul undergoes the treatment and his life is spared for many years.

This is not a thriller but rather a pamphlet and a promotion for a foundation looking into focused ultrasound. Great cause but advertising is advertising….
Like Reblog Comment 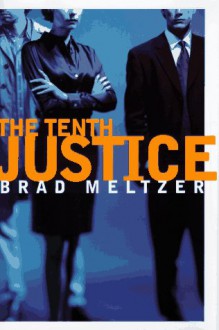 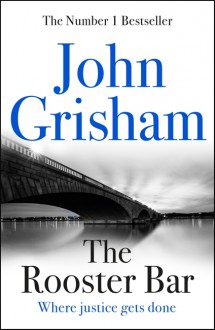 No one can refute the lasting success of John Grisham as a storyteller. As the author of thirty one novels and sales in the many millions, he enjoys an ardent following of readers, besotted by the fast-moving plotlines, most often exposing some of the fascinating nooks and crannies of the US criminal justice system (though my personal favourite is unrelated to the law – “A Painted House”). Rarely retracing his steps, one must admire too, the author’s originality as well as professional longevity.

As Grisham divulges in the ‘author’s note’, the kernel of this latest book grew from a magazine article by Paul Campos lamenting “The Law School Scam”. A system that apparently preys on the aspirations of wannabe student lawyers, lured by the prospect of a well-paid career, which will never be realised by the majority, yet burden the recipients with mountainous debts, is potentially scandalous and ripe for the Grisham spotlight.
Cue four student friends approaching their final semester at the sub-prime ‘Foggy Bottom Law School’. Each is tending a debt of around $200K and has a ‘handler’ keen to establish a repayment plan. As realisation hits that job prospects are poor and only 50% are predicted to even pass the bar exam, the bleak future calls for radical measures. The friends identify that they have been scammed by the system and wealthy vested interests and embark on a naïve, but bold, scam of their own.

There is something endearing about the youngsters blundering around in an environment, until recently, a hypothetical arena of law. Surrounded by the more hardened beasts of the jungle, however, they have the audacity of youth and an inventiveness born of necessity. For the reader, there is also something enjoyable about the clear underdog blowing a metaphorical raspberry in the face of the establishment. Perhaps it panders to romantic notions of Robin Hood-esque wealth redistribution, or the victim turning the tables on the ‘real’ criminals, but it is a compelling cocktail and one that the author exploits to the full.

Grisham is a master of the suspenseful, thrilling story and the pace and weave of the unfolding strands is beguiling. I don’t think this book is as dramatic as a number of the author’s other novels. Nor are the relationships as convincing. The ending also reminded me of the movie, “Trading Places”. Yet, for all that, it was a compelling read that I've happily skipped through in ‘holiday-read’ fashion.

It is hard not to have a sneaking regard for life’s rebels and though the central characters are hardly white-collar musketeers, their ‘all for one and one for all’ approach has the reader willing them to ‘beat’ the system. For Mr Grisham, another book and another bestseller no doubt, albeit not his best. 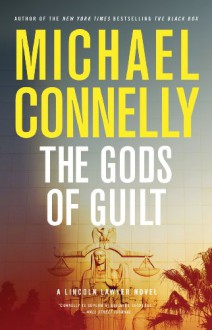 So I really did enjoy this one, but thought the angst that Haller was dealing with was ridiculous. I also wish that Connelly had showed us Haller running for the DA's office and how the scandal affected him in the moment. We are hearing about events from about a year ago in the series and it just drove me up the wall we didn't get to experience it.

Haller is down and out in this one. He has returned to drinking, and seems to be going through the motions. Haller lost trying to run as a DA after a former client of his ends up killing someone close to Hayley and Maggie. Haller is blamed and just gets destroyed at the polls. What's worse is that Hayley and even Maggie barely speak to him anymore. He hasn't seen his daughter in a year, and when he does see Maggie at the courthouse she turns and goes in another direction. Haller keeps seeing his father's old partner (called Legal) who is doing his best to get Haller to get over his shit and get back to defending his clients. A fire has gone out in Haller and everyone can see it.

When Haller gets a call to defend a man who is charged with killing a prostitute, Haller is curious how his name was brought up. The ties into the case that first brought us Haller (The Lincoln Lawyer) was pretty fantastic. Haller starts to get back a little of what he lost in the preceding year and even gets a love interest in this one (that I ended up feeling sorry for throughout).

Haller is ready to take down the dragon in this one since he realizes that he truly has a client that is innocent, problem is that there are many that want him to go to jail since it would bring up a lot of corruption.

We have Haller get put in harm's way and we lose a character that I loved. Haller talks about the personal jury that judges us all in the end, and I feel for him. He's definitely got his groove back by the end of the book. But what comes before definitely changes him.

We get recurring characters in this one. We have Lorna judging Haller a lot in this one. I wish we had some more dialogue between these two since Haller acts way too much like her husband at times and she is angry at Haller too.

We have a Bosch sighting (seriously though it's weird Bosch was all blase about his half brother almost being killed) that made me shrug a bit.

The court room scenes still are my favorite parts of this series.

The ending leaves Haller at a type of peace for the moment. 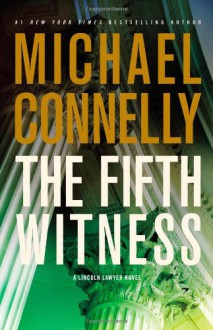 So this was a really great installment of the Lincoln Lawyer series. Sometimes Connelly gets a little too meta for me though (talking about Matthew McConaughey and who would play Mickey Haller in a movie starring him) but that wasn't too annoying for me. I think the biggest reason I can gush about this one, is that if you read this and "The Gods of Guilt" back to back the development or spiraling of Haller's character was wonderful to read. We also get a pop up of Bosch in this one. Seriously though, he sounds even more anti-social and just odd in the Haller books.

"The Fifth Witness" is dealing with Haller a bit down in his luck. He had to start looking for income elsewhere and has now taken on an associate to help him with foreclosure cases. When a client of his (who is a pain in the ass) is arrested for the murder of a banker that she blames for her losing her house.

Ohh yeah. So I loved that Connelly takes about the foreclosure crisis in America. It was insane to me when I was reading about what was going on. People being approved for loans they 100 percent could not afford all without realizing that due to many of them doing an adjustable mortgage that they would have to pay hundreds of dollars more than they planned. I liked that Haller was going in as a crusader about it and also being straight forward that all he is doing is buying his clients some time, cause they are going to lose their homes.

Haller was really good in this one. He has a new driver (Rojas) and is turning a new page in his relationship with his ex (Maggie) and his daughter. They seem to almost be a family again and Haller really wants them back. With this new murder case he is once again seen as the bad guy cause he's a defense lawyer.

I don't get that though. Everyone is entitled to a defense in this country, I don't get why anyone acts like defense lawyers are garbage. We all going to pretend that there have not been many men who have wrongfully been incarcerated in this country? I really did enjoy Haller's "The Lincoln Lawyer" because it does show Haller having to deal with the fact that a client of his is innocent and the guilt he feels because he was going through his usual motions for that case.

I did love that Haller called out Maggie about her wanting to be with him, but wanting him to do something different cause she's a prosecutor. Haller comes at a turning point in his career in this one due to wanting to do what he can to be with his family. I did hate a love (not really) scene between Haller and Maggie cause it made me cringe inside. Haller also justifying doing something illegal to Maggie made me want to pound my head. What I love is that he justifies verbally but knows he is full of crap.

Haller's client Lisa Trammel is an asshole. Seriously. I can't even imagine having to deal with her. I was the least surprised person by things revealed to us as readers later. But that's because I think Connelly showed his hand there a little bit.

We also get recurring characters in this one. We have Lorna, Cisco (I can't even spell his last name) Maggie, Hayley, and also Bosch.

I did love the legal explanations for things. And also how Connelly shows the timeline in his books. Trials are not these things that just pop up and happen in a week. You get to see Haller and company run down witnesses and evidence. And I loved how Haller has to choose what to push and pull on depending on the witnesses involved.

The flow was really good in this one. I liked how Haller just didn't back down on doing what he had to for his client, even though she drove him up the wall.

The ending was fantastic. I cracked up at what happens and it looks like we get an exciting new chapter for Haller to look forward to.