Log in with Facebook
or
Wrong email address or username
Sign up
Already on BookLikes? Log in!
Incorrect verification code
Please, check your email, the code to access your BookLikes blog was sent to you already.
Enter code:
« Back Send
back to top
Search tags: lumberjanes I still like this series, but it's published so slowly and nothing has happened for a few volumes now. I really hope the story picks up and starts going somewhere soon. 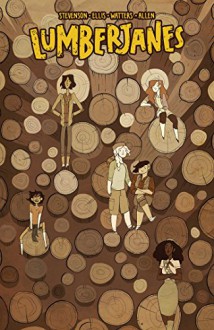 As I was trying to put together my review of the first volume in the Lumberjanes series (collaboratively written and drawn by Grace Ellise, Shannon Watters, Noelle Stevenson, & Brooke A. Allen) I realized that it was going to be nigh on impossible for me to formulate new thoughts/observations about further volumes without repeating myself ad nauseam...so a masterpost.

The volumes of this series that I've read thus far:

On first beginning the series, I immediately felt like I was somehow starting in the middle as the reader is launched immediately into the inner circle of our main protagonists (Jo, April, Molly, Mal, & Ripley). What initially caught my interest were the excellent illustrations and the various looks of the main characters which are all widely different (much like the characters themselves). [A/N: I want to say here that the illustrative style changed for each of the volumes and I didn't really dig that.] I kept reading because the format of survival manual blended into a narrative arc was unique and I like the idea of a female led story being written and drawn by females. This is a great message for girls who may have felt that the comic book world wasn't for them. That being said, I'm not likely to continue the series beyond these 5 volumes and if I do I won't be reviewing it here unless it totally ends up blowing my mind. It felt gimmicky and at times I felt they were trying too hard and falling into contrived territory. I get that they're trying to be hip and inclusive (major props that there's not only a lesbian couple but a transgender character) but there was so 'trying to be hip' vibe that the story became second fiddle. Strong elements of fantasy, mystery, adventure, and friendship will appeal to all sexes but I don't think I'm the right age demographic (and this is coming from someone who routinely reads picture books). It's a 6/10 for me. I have Lumberjanes 10 checked out and it's Parents' Day which is exciting because I think something might finally happen that moves the story forward. I don't remember this volume at all. It was probably mostly filler, but I've generally enjoyed this series, so 3.5 stars.

I "should" be reading my spooky books for the readathons, but I really need a mood lifter, so I'm reading some Lumberjanes. So random and makes me smile. 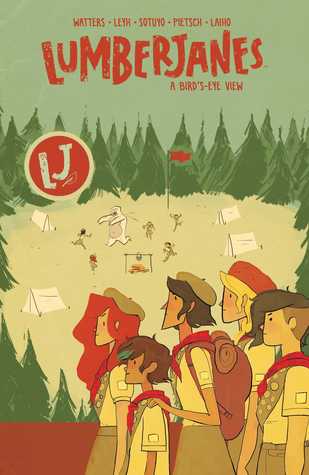