Log in with Facebook
or
Wrong email address or username
Sign up
Already on BookLikes? Log in!
Incorrect verification code
Please, check your email, the code to access your BookLikes blog was sent to you already.
Enter code:
« Back Send
back to top
Search tags: movie-tv-related-or-tie-in-non-sf I can honesty say that this is not a book I would have picked up if I had been in a bookstore.

Carlson book was part of the selection for this month’s My Book Box.

It is actually pretty good once it gets going. The first couple chapters were a bit slow, but once Carlson decides that he wants to open the diner the book does take off.

The success of the memoir is Carlson’s voice and his willingness to not try to disguise the fact that sometime he is an idiot. He is just as messed up as you are. He is a dreamer but he is a mess. And that is great.

The book will make you want to eat pancakes after reading. It will also make you want to visit Paris, but most likely, will not want to make you open a business in Paris. (Though it does bring a whole other level of understanding to an Asterix book) Carlson’s memoir does cover the period after 9/11 and the infamous Freedom Fries debacle.

Thank you, to My Book Box because otherwise I would not have read this charming memoir. 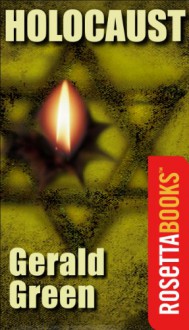 I know that this series was ground breaking in showing the Holocaust in its brutality. Therefore, the book is more important then my review indicates. Reading this book today, I have to wonder, why the women seemed to be blamed for so much in this book. The Nazi is pushed into serving Heydrich by his wife, the Jewish family stays because the wife wants to. When the women are not to blame, they are for the most part weaker than the men - crying and sobbing over the men more than once. I know that the purpose is to show as much as the Holocaust experience as possible, I just wish the female characters had been a bit more varied. The strong women are not given as much space (and one strong woman is blamed for her family staying), and one woman is only mentioned in passing. The book limits the roles of women to supporters of their husbands (and getting raped to save their husbands) to victims of sexual violence. That's it. I wanted more. Still the writing has vigor and is engrossing.
Kindle movie-tv-related-or-tie-in-non-sf historical fiction ww-ii 2016 climb tbr
Like Reblog Comment Most, if not all, of us have seen part of or even a whole episode of a reality show.  Even though of us that avoid the Real Housewives series like the plague have watched shows on HGTV, a cooking show, or even a show like Deadliest Catch.  Whether or not we still watch them is a different story, but odds are you have seen part of a reality show sometime.  At their best, reality shows are educational – cooking show for instance, or blended with competition – like say some cooking shows or the Amazing Race.  At their worst, reality shows reveal the lowest common denominator of human existence.  It is not just the people who go on such programs (though why a father who goes on a show like the Bachelor isn’t considered unfit, I don’t know), but the audience as well.

At some level, people watch reality programs to feel superior, to judge, to feel better about their lives.  I may not be rich like so-so but at least my children are not spoiled brats and so on.  At times, the audience may feel empathy, but that sense of superiority is usually present.  What is worse, because the term cast is used to describe those on reality shows, there is a belief that everything about them should be made common knowledge.

Even more damning in today’s age of social media that is starting to be true about everyone.   At times, I am amazed at what some people post on sites like Face book.  I don’t understand why the minute someone leaves home they have to tweet about how they just got on the bus.  Who cares?  Eventually, because people are human, the tweeter is going to do something stupid.  Watch out for the human sharks then.  People start to complain about the lack of privacy (and some of us joke at it, I sometimes use a network called NSA surveillance), yet, the more I think about it, it seems my friend is right as well.  It is both a lack of privacy, but also a lack of empathy.

I hated shows like Funniest Home Videos because for every truly funny cat or dog video, there was a video of someone with toilet paper stuck to his/her bum dancing at a wedding.  Why didn’t the recorder tell the person?  Why when someone falls, everyone pulls out camera so to record but does nothing?  I can understand if there is gunfire, but surely helping the person out of the fountain would be the empathic thing to do.  We are do embarrassing and not so nice shit.  What gives anyone the right to broadcast us at a stupid moment?  It isn’t even just letting the man die outside the 7-11 or in the street; it’s not helping the woman who crashed her bike.  I’m not talking about “snitching” for that is a whole host of issues; I just mean common empathy and politeness.  Holding the door open, saying thank you or good morning.  Not rushing to judgment.

Which in many ways is what this book is about.

Written in the 70s, the Continuous Katherine describes a society that is not to far removed from our own.  There have been reality “stars” that have died on television.  In this book, one woman doesn’t want to die in public but in private.  The media and its viewership does not want to let her do that, and in fact, the media has an ace up its sleeve.  A certain network has discovered a very interesting way to use cameras.  What then follows is a critical look at both media and the society that consumes it.

The book does have its flaws.  There is a road trip that goes on a bit too long, though it also includes a good bit about class and underclass.    There are a couple of sequences that while the reader will understand why they are there, the novel could have also done without them.

The most brilliant aspect of the novel is the use of two primary narrative points of views – Katherine’s and a reporter’s.

One of the most well crafted aspects of the novel is the use of empathy or to be more exact the use of lack of empathy.  This is something that Katherine herself at the start of the novel has.  She isn’t described as the iconoclast or the rebel.  She is simply a person, a cog.  She is normal.  She is every day.  The story might under fold a slightly different way were she a he, after all society does judge the genders differently.  The empathy theme is used most wonderfully and thought provoking with the use of the public, those that consume the media.  After all, the media needs us.  If we are going to blame the media for what we are, Compton seems to be saying, we must remember our role in it as well.  Not only that but how those around a person respond to such fame.

Of course, the book is also about how we respond to death.

Seriously, this book will make you think and it is still timely. I should note that I have yet to see the film that this book came out of. The first half of the book, the section that ties most closely to the film, is the best. The second half of the book contains essays from various writers, well chosen for the most part. The problem is that because of space, many of the essays are short and therefore lack depth. If you have read other books about rape such as Rape is Rape: How Denial, Distortion, and Victim Blaming are Fueling a Hidden Acquaintance Rape Crisis, the second half of the book really doesn't add anything to the conversation.

That said. I finished this book right around the time when a major college rape case had reached it's sentencing part. Consider the following impact statement and then read this book.