Log in with Facebook
or
Wrong email address or username
Sign up
Already on BookLikes? Log in!
Incorrect verification code
Please, check your email, the code to access your BookLikes blog was sent to you already.
Enter code:
« Back Send
back to top
Search tags: near-death-situations 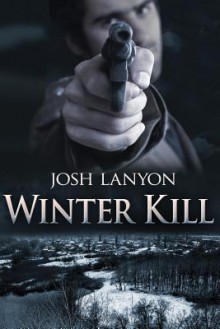 
Well, I saved quite my bucks and waited to buy this book and read it at a time when I was "so ready" for a good romantic suspense story. Winter Kill didn't disappoint - not completely. It didn't knock me off my feet, either. Rob Haskell, local cop in Nearby, has a skeleton on his hands and his superior invites the FBI to take a look. Because it could have something to do with a serial killer. Agent Darling shows up with his partner, takes one look and is... not sure. Maybe there could be a connection, but mostly he doesn't think so, so this is the end of that investigation in Nearby. Well, almost, because firstly, he has a little fun between the sheets with Rob. Nothing earth-shattering, just some uncomplicated pleasure between two adults.

Or not. Because some time later there is another body, and now Agent Darling is personally requested to help investigate the murder of one of the town's very own. Of course, there is sexual tension between Rob and Adam, amongst other things.

What I liked? The Writing. Lanyon just has a way with words that impresses me, and gets to me every. Single. Time. I love it!

But the story was something else. Firstly, the investigation is clearly more important than relationship building. Which is fine with me, because hello?! Serial killer on the move! And I'm a huge fan of suspense/crime mixed with a little romance, so this aspect made me like the book more.

Which is not what I can say about the rest of it. I'll hide it, because I'll probably spoiler a lot.

Firstly, the solution of the crime was awful, no two ways about it. Two serial killers, both not entirely convincing? Really? Uhm, no. Not for me. The way to the solution was good. I liked the suspense, the guessing. They actually did some investigating, and had some adventures doing it - in and outside of the bedroom. That was really fine with me. Not quite as fun as some of Lanyons previous works, but still good. But the end?! The solutions?! So not my thing.

The other part? The epilogue! Actually, make that the last chapters and the epilogue! What, do you absolutely need a life altering, possibly fatal, catastrophy to bring people together?! I admit it, I'm tired of the whole "Oh my god, you almost died - I love you!" And the epilogue was just the icing of the cake. Because What. The Hell. And I'm supposed to believe that? Adam abandoning his city life and career with the BAU, with a legend profiler, to be with a man he barely knows? Come! On! Agent calm, controlled, and coll as a cucumber? Absolutely not. Sounds romantic in other stories? Maybe. I just didn't buy it here.

So, what's left to say? It was okay. Lanyon has a wonderful style that I enjoy immensely. But the plot here was just not "good enough" and the details didn't work together as a whole as I'm used to from her. For most authors it would have been 3.5 stars or something. But I already said it and I'll say it again: I hold Lanyon to higher standards. So 2.5 stars, because it was only okay. I liked it well enough, but I'd hoped for a lot more going in, and was somewhat disappointed. 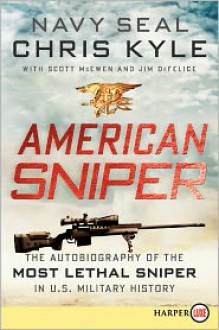 2.5 stars rounded up to three, because parts of this story broke my heart


Wow, this was so not what I expected. This is gonna be a long review, and a very personal one at that.

Let me elaborate on my disappointment. When the movie with Bradley Cooper came out, my man was positively stoked. Ex-German Armed Forces, Ex- platoon seargent for the US Army Rangers, extremely decent shoot himself, he couldn't wait to watch a movie about one of the best snipers he heard about during his career. So we went, and I actually liked Chris Kyle. He seemed to be a decent guy, not free from morals and struggling with the torn life as an elite soldier - one day in the war zone, next day at home in a Walmart. So I watched the movie, and I cried when they showed scenes of the day of his funeral and the funeral processions. I was moved very deeply and bought this book soon after because I just wanted to know more about this man and what could be better than reading his book?

Well, I realized soon enough that the movie (and maybe the talent of Bradley Cooper) were very flattering, maybe too much so.

But let me start at the beginning. The writing was okay, not very good or skillful, but not atrocious either. The childhood of Chris Kyle read as a story that Europeans who haven't been to Texas will never, ever understand. Getting your own rifle when you're eight years old? Unheard-of! Unconceivable. But I've been to Texas, so I get it. In a way, I understand it. I'm still a fierce supporter of the tightening of gun laws, but I also understand that in Texas guns are part of everyday life same as fridges, trucks and football. That doesn't make it right in my opinion, and I'm still uncomfortable reading about a kid getting his first rifle, but that's on me.

I enjoyed reading about his striving to become a SEAL, his struggles and new challenges. But then there was all the brawls, all the hazing, all the "unnecessary" violence, that annoyed the crap out of me. I actually checked with my man - and while some of it actually is just the way it is, and some of it are psychological effects normal for fighters trained for extreme war situations - even my man was irritated with other parts. Now, THAT made me dislike Chris Kyle quite a bit. But I got through it and I continued reading, because I still had this man from the movie in the back of my mind, and I hoped I would find him somewhere between the lines.

So I started reading about his deployments next. In other reviews I saw more than one "complaint" about how people expected him to be more conflicted about his many shootings. They expected remorse, guilt and hesitatation. To be honest, I didn't. You can't do this job and survive in war, when you constantly agonize over death, or question your actions every time you're supposed to pull the trigger. You'd get your brothers and yourself killed faster than you could say 'sniper'. So I wasn't appalled or even surprised. But on the other hand this guy - and I'm really sorry to say that, because you shouldn't speak ill of the dead - this man firstly, wasn't the sharpest knife in the drawer, and secondly, had no comprehension for anything outside of black and white.

What saddened me was his total lack of empathy for the country and the people he came in contact with. I was especially furious about his constant mantra of "getting payback". Payback for what? 9/11? Let me tell you, you were in the wrong country for that. And newsflash: Your invasion of Iraq had absolutely nothing to do with 9/11. So don't use the death of innocent people in a vile attack in your country to justify your actions in Iraq. If you like to be a warrior, a sniper, a fighter, fine. I might not like it, I might not understand it, but I can respect you for your choice and your loyalty and your bravery, to put your life on the line in order to protect your home.

I was also deeply annoyed by his disregard of foreign traditions and customs. I do understand that the extremist branch of Islam is a threat to the Western World. To the whole world really. And I also understand that you are fighting an enemy there, so not everything can be sunshine and roses. But to describe a country so full of culture, history and wealth (literal and metaphorical) as fucked-up and nonviable, is not only disrespectful, but also vile and plain stupid. It shows more about your lack of education and limited intellectual horizon than about the country you're talking about.

As you can see, I started to get really annoyed with Chris Kyle and that didn't change much until the end. In contrast to his film persona, the things he told in this book made him look like a dumb ass hick with no clue about the world behind his scope. And a man incapable of empathy, not even for his family. I still admire his wife for staying by his side through all of it, because honestly? I probably wouldn't have.

In the end, the book isn't really bad. It's not good either, but for me it was just one big disappointment. A lot of that is probably personal. Because I couldn't help but compare Chris Kyle to my man at home. Now, I'm aware that to me, every man I compare to my SO will fall short. That's fine. Additionally, my SO was not a SEAL and never deployed to Iraq. Not because he didn't want to , but because he had his own war to fight, at home and against cancer. He survived and got his life back twice. And it changed him in ways I'll probably never really comprehend.

So, in a way he couldn't be more different from Chris Kyle with his healthy SEAL body and his four deployments. But I still saw quite some similarities and was unbelievably disappointed how a guy who was supposed to be a good one, a protector, an honorable ELITE soldier, could be so ignorant, so awfully flat in the mind. So much less than my man. I was honestly shocked.

Again, these are personal reasons, so other people might not have the same issues with the book. But these things ruined it for me. This is one of the very, very rare occasions on which I will stick with the movie and try to forget about the book.