Log in with Facebook
or
Wrong email address or username
Sign up
Already on BookLikes? Log in!
Incorrect verification code
Please, check your email, the code to access your BookLikes blog was sent to you already.
Enter code:
« Back Send
back to top
Search tags: passed-on 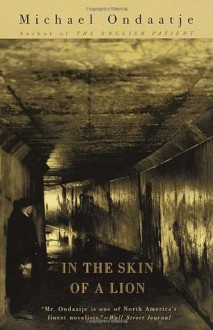 "... Ondaatje stressed the importance of place and having a landscape in which to envision his work. 'I can’t begin a book with an idea, or it peters out after about two pages,' he said. 'Location is essential. Once I know when and where it’s happening, it creates a situation for a story. It’s almost like a plot, a landscape.'”

This quotation (it's from a 2012 feature story in the Chicago Maroon, student newspaper of the University of Chicago) helped me a great deal to formulate for myself how this novel by Ondaatje differs from most fiction I've read. One difference, certainly, is that the prose is more poetic than most, with unexpected metaphors teasing around your understanding of the plain sense of the narrative, distracting and at the same time delighting you with their oddness, and, if you can decode them, their rich appropriateness. An example found just by opening a page at random: "Patrick stares at the thin layer of moonlight on the wall. His body feels like the shadow of someone in chains."

In this context, it is neither plot progression - the point of view and timelines jump about a lot - nor character - the main characters are notably dynamic but not necessarily deeply examined - but the rock-solid sense of location that grounds you and encourages you to continue on with this story. It's been a couple of months since I finished it, and what stands out to me most clearly are vivid pictures of locations, in many cases locations in or near Toronto that I know of: the Bloor Viaduct Bridge, the water filtration plant that looks like a palace, and has deep underground pipes that go miles out into the lake. All of these have some added moment of action that fixes them in your mind: the nun falling off the partially constructed Bloor Viaduct Bridge, for instance. In this novel, Ondaatje also fixes his story very firmly in time, bringing in the real-life disappearance of Ambrose Small, as well as both the massive and visionary building projects and the violent labour unrest.

Through this, our main character Patrick charts his chequered career, at a certain point taking on the lion-skin, as it were, of a saboteur and rebel, in place of his lover Clara's previous and now deceased lover.

There's more Ondaatje in my future: the delights far outweigh the difficulties. 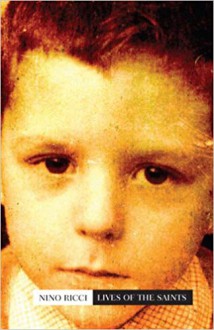 Had this novel ended after 200 pages, I probably would have called it well-observed, low-key, a little distant and foreign to me. There is relatively little incident in it, though most of the main characters end up getting physically injured, through fist-fighting, snake-bite, geriatric falls or other happenstances of life in a somewhat rough-and-tumble, very small Italian town post WW II. It is told from the point of view of Vittorio, a young boy, but with a fairly adult understanding (though without any spoilerish references to future events). We are, however, left to glean for ourselves, from the plentiful evidence, that Vittorio's mother Cristina - effectively a single mother, since her husband has emigrated without her to America - has had an adulterous affair and is now pregnant. Much of the novel shows Cristina defiantly dealing with the fallout of this in her family and small community, where she does not conform to expected behaviour. Meanwhile, Vittorio also feels the backlash at school (it is a sympathetic schoolmistress who preserves him from the worst of the after-school bullying by holding him back to sweep the floor and listen to stories of the lives of the saints).

Cristina escapes into the big world - specifically an ocean liner taking her and Vittorio to Halifax, where she does not intend to re-join her husband. Here are a brand new set of characters and a brand new set of social mores (there's a fairly amusing byplay with the Captain's jealous wife). But the real world turns out to be too big and cruel for Cristina, and there is a catastrophic conclusion for her and her unborn child. I've left that vague for the sake of future readers, but I suppose even that deserves a spoiler tag.

For me, the first part of the novel was a pleasant read, but it was the conclusion, with its sudden, violent action, that gripped me and that now remains chiefly in my memory a few weeks after finishing the book. 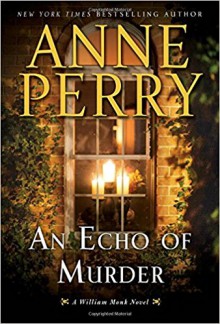 This latest entry in the Victorian William Monk series, set in London's Hungarian diaspora, had me thinking that the Monk series has played itself out. The efforts to include Hester Monk in the plot, by making her an ex-colleague of a (highly unconvincing) red-herring suspect, were, I thought, a bit more perfunctory than usual. And, as always, the plot wrap-up in a typically bizarre courtroom scene, was extremely rushed.

That said, what always provides some interest in a Monk book is the detailed historical and local colour, and in this case, also the clear current relevance of a principal theme of the book, prejudice against immigrants. Add to that Perry's continuing obsession with the toxic effects of past hidden crimes (something I've always been somewhat aware of, but which was highlighted for me by a Perry biography). It's enough to keep me reading to the end, but in a way I'm glad she's found a new period to write in, and hope she lets the Monks retire gracefully. And oh, how I wish she were a little better at plots! 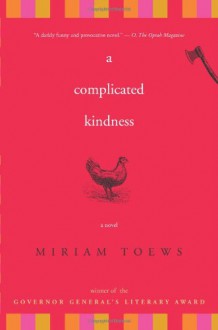 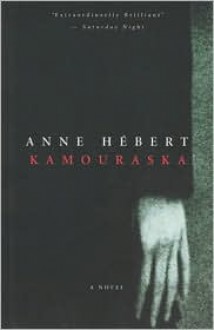 A sympathetic modern reader might consider this novel an up close and personal depiction of the effects of PTSD, triggered by an impending loss of a spouse. It's actually a bit too studied and a bit too chronological to be that, but it certainly is a phantasmagorical walk through the thoughts (and nightmares) of a woman who has passed through a traumatic event. Said traumatic event is the murder of her husband by her lover, apparently with her full complicity, but whereas a nineteenth-century treatment of this event would be chiefly concerned with the immorality of that act and the outcome of the judicial process (it's based on an actual case in the 1830s in rural Quebec), neither of those things greatly preoccupy us as we inhabit the mind of Elisabeth. Instead, years and years later, about to be set free from a somewhat unsatisfactory marriage by the (natural) death of her second husband, Elisabeth finds herself prostrate and unwillingly (and in great sensory and emotional detail) reliving the events surrounding her freedom from her highly unsatisfactory marriage to her first.

That's a very dry and probably unfair summary of a book that's rich in moments, and whose central character is (for me, at least) compelling enough to keep me turning pages to see how she felt and experienced the already-known, or at least already hinted at, plot points. The stream of consciousness is handled very skilfully, and after a few pages orienting myself to the three houses in three towns that signify the three main stages of Elisabeth's married life, I never felt lost.

I'm glad I read this in translation; it's the sort of book where having merely schoolgirl French would completely ruin the experience. So kudos also to Norman Shapiro, the translator. What I read, fragmentary, associative, idiomatic without being slangy, could have been written originally in English for all that I could tell: I never stumbled, as one sometimes does in translations, over a strange phrase that could only be a compromise between two incongruent languages.

Recommended if you like historical and a woman's point of view, and are not too put off by non-linear narrative.