Log in with Facebook
or
Wrong email address or username
Sign up
Already on BookLikes? Log in!
Incorrect verification code
Please, check your email, the code to access your BookLikes blog was sent to you already.
Enter code:
« Back Send
back to top
Search tags: phillip-lewis 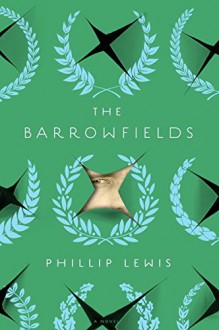 I spent most of this novel wondering when the story would begin. I was promised a coming-of-age tale. I did not receive that. Unless the publisher and author consider any story that jumps back and forth from childhood to adulthood a coming-of-age story. I do not. To be a coming-of-age story, I feel the reader must be able to see some change in a character, a shift from childhood to adulthood. Hence the term "coming-of-age". I did not get that. I got insta-love bookended by family tragedy. But, as I said at the beginning, I never felt as if the story ever started. I was sat down in the middle of an uneventful life and told to observe.

I understand that this is literary fiction, and that literary fiction is more about theme and character than plot and action. I get that. But I was not, for the most part, entertained. There are several gorgeous passages. Many of them, actually. The book is riddled with quote-worthy material. The writing is great, but not so good that it can hold up a plotless narrative.

Nothing is more frustrating that a) a synopsis littered with spoilers and/or b) one that misleads the reader. This book suffers from the latter. Because of that, I think who spoiled this this read for me the most is the person who wrote the jacket copy. The book does not cash the check the synopsis writes, and I'm stuck with a recurring NSF fee. Time and time again, I expected something that wasn't there. Had the publishers and/or author mentioned that half of this book was a sappy romance hindered by insta-love so strong that both characters cannot live without each other after a single meeting, I damn sure would've passed on it.

In summation: Beautiful prose does not always make an engaging or entertaining read. But mileage may vary. If you don't mind insta-love and love to surf the gorgeous, flowing prose, give this a try. For this reader, the poorly-written jacket copy promised something the book never delivered. I wouldn't mind trying something else from this author, though. Many thanks to Crown Publishing for providing a review copy in return for the review you just read.

Final Judgment: A beautiful car with no wheels.

Characters and setting are the focal points of The Barrowfields, the promising debut novel by Phillip Lewis. The plot centers around the theme of parents and children and of children's ability to overcome the scars of their childhood. With beautiful writing, the author conjures up a dark and somewhat Gothic feel of a story-filled old mansion in the middle of 1980s North Carolina.

Read my complete review at Memories From Books - The Barrowfields

This book really evoked a lot of emotion from me as I read it and, above all else, that alone usually justifies a five star rating, in my opinion. This is a coming of age novel which follows the main character, Henry, from the time he was a young child- actually it begins even before he was conceived, giving the reader some insight into his father's childhood, adolescence, and college years where he meets and marries Henry's mother- growing up in the mountains of North Carolina, up until early adulthood. Both of his parents, but particularly his father, are very in tune with, and connected to, the arts - literature, writing, classical music- and this became a major influence on Henry as well, eventually driving him to venture away from home and family to pursue his passion.

This book was about family relationships, loss and how grief can tear a family apart right from the very heart of every member, but also about ambition, disappointment and how with age one grows more aware of ones limitations and mortality and, for some, that realization is overwhelming. It's hard for me to summarize what this book was really about or why I loved it so much. It was one of those books that I really looked forward to reading and couldn't wait to pick it up and continue...if time had permitted, I'm certain I would have finished it all in one setting. I found myself continuously reminiscing my own childhood and relationships and losses and disappointments while reading this novel and although the specific circumstances in the book were completely different from those of my own life, the emotions were the same and therefore it was very relatable.

From what I'd heard of this book before I read it (which wasn't much since it won't be released until April) I honestly expected it might be a little boring or slow but I assure you it wasn't. But even now, to describe it to somebody, it might come across that way because it wasn't a fast-paced book with a huge climax or a great deal of tension but there was just enough and I grew so connected to, and invested in, the characters and it was so well written- a book that truly made me think and feel and reflect - that I didn't think twice before giving The Barrowfields a five star rating although I fear my review just won't do it the justice it deserves. I hope that other readers don't look to deeply into reviews and descriptions before reading it themselves because I think it's so hard to articulate just how personal and powerful and emotional and thought provoking this read was, it has to be experienced. This book was simply, and subtlety, profound and the language and writing style was beautiful and often poetic, albeit challenging (I humbly admit I kept my dictionary handy because there were several words throughout that I had never heard before) and I appreciated every single page. As far as I know, this is Phillip Lewis's debut novel but he's certainly an artistic talent who is on to something and I hope his next book is in the works as I look forward to reading more by this author.

Thank you, Penguin Random House, for the ARC of The Barrowfields by Phillip Lewis. (It was much appreciated and thoroughly enjoyed).
Like Reblog Comment
show activity (+)

Henry’s father is obsessed with literature and the writing of a novel, so much so that each family member’s life seems to revolve around his books and writing endeavors. Henry’s parents buy a strange, metal and glass house, which is possibly haunted, in the Appalachian Mountains.  There are some back flashes to the lives of Henry’s grandparents also.  Henry grows up in this spooky house, longing for some kind of connection with his father.  When their family is struck by tragedy, Henry can no longer stay in the home and leaves for college, promising his younger sister, Threnody, that he will return for her, a promise which he finds hard to keep.

This is a book to read slowly so you can savor every word. It’s filled with beautiful prose that constantly struck a chord with me.  It’s a character driven book and the author has done a superb job in bringing these characters to life.  The blurb about this book says that it recalls classics by Thomas Wolfe and William Styron and I have to agree with that.  When I first started this book, I was sure it would be a 5-star book and I didn’t want it to end.  But once the courtship between Henry and Story begins, the book lost some momentum with me, though I was still enjoying the book.  It once again regains its unique beauty with the continuation of the story of Henry and his sister, Threnody, and the ending is very moving.

This book was given to me by the publisher through LibraryThing in return for an honest review.