Log in with Facebook
or
Wrong email address or username
Sign up
Already on BookLikes? Log in!
Incorrect verification code
Please, check your email, the code to access your BookLikes blog was sent to you already.
Enter code:
« Back Send
back to top
Search tags: retellings 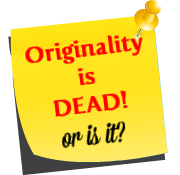 What are some of the characters and narratives we’ve seen enough of? Is it time for the assassin with the heart of gold to take a break? Should the farmer keep farming and stop exchanging his rake for a broadsword? Could the squabbling will-they-won’t-they couple just get a room already? More generally, why are tropes used, and what are their structural, stylistic and political implications?

I really liked Merrie Haskell’s first two books, and Castle Behind Thorns was one I definitely looked forward to. I liked it a lot, especially the way she showed the relationship between Perrotte and Sand. This is a very different, but quite compelling, take on the Sleeping Beauty story. So, my deep dark secret is that a few years ago, I was writing a Twelve Dancing Princesses retelling, and then I frogged* it for several reasons. But during that time, I didn’t read any of the multitude of TDP retellings that were being published. The Princess Curse is the first I’ve picked up since then, and I really liked it. It weaves in the Persephone myth at the end as well, and I was JUST THINKING how much I want more Persephone retellings. Anyway, I liked it, although I was sort of wilfully ignoring Reveka’s age because of reasons. I also think the cover skews the book a bit too young–I would love a beautiful Kinuko Crafty cover that reflects the mythological richness of the book a little more.

* This is a knitting term, and I’m sure there’s an equivalent writing version, but I don’t know it.