Log in with Facebook
or
Wrong email address or username
Sign up
Already on BookLikes? Log in!
Incorrect verification code
Please, check your email, the code to access your BookLikes blog was sent to you already.
Enter code:
« Back Send
back to top
Search tags: sayaka-murata 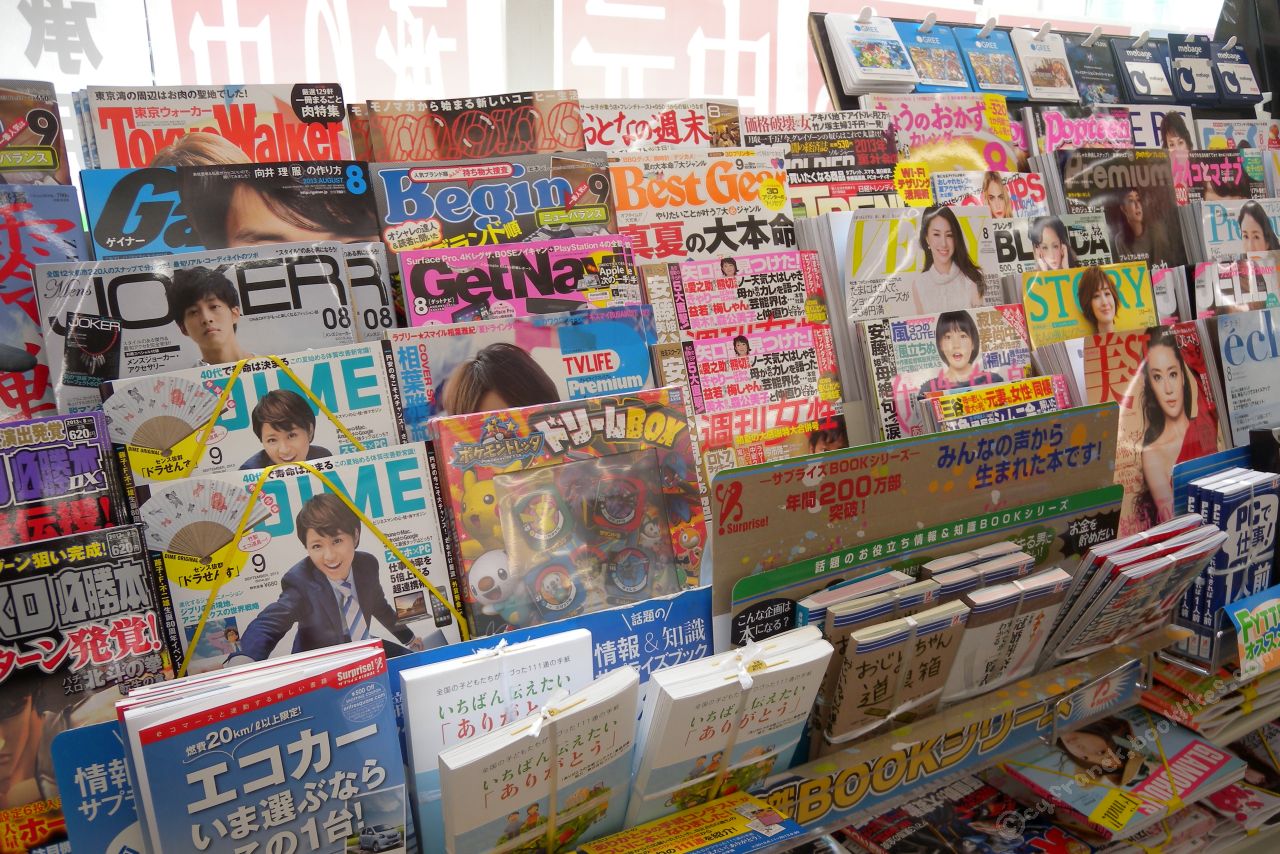 Self-deprecating thirty-six-year-old Keiko Furukura lives in Tokyo. Her family is not happy with the way she is. She is awkward, never has felt as though she fits in anywhere . . .  until she starts working at the local convenience store. Here, she finds that she can understand and work with the people that come in and out, the rules and codes of her little universe where she is safe and in control. It's only when she leaves the store that she has problems and the rules and expectations of her family weigh on her.

This novella is a touching glimpse into Japanese culture. Keiko is a sweet protagonist, who I think, captures the self-deprecating, honorable, respectful ways of the Japanese people BUT, reveals the true self beneath.

A quick and enjoyable read that has gotten me onto a path of novellas by Japanese authors (although my library doesn't carry that many . . .).

[My first full review since April! ::tears of joy:: Maybe I'll be able to write more?]

Keiko is a non-neurotypical Japanese woman. As a young child, she learned that she didn't view the world the same way as other people. When she saw a dead bird, for example, other children grieved over it while she thought that it would make a nice dinner for her father. When two boys were fighting and someone yelled that they needed to stop, Keiko hit one of the boys over the head with a shovel. It certainly stopped the fight, but it definitely wasn't considered an appropriate solution. As her parents became more and more concerned about Keiko's inappropriate reactions, Keiko tried to become as normal as possible by being quiet, almost never taking any initiative, and imitating the words, actions, and facial expressions of those around her. For the most part, it worked.

When Keiko was 18, she got a part-time job at a convenience store that just opened up. The store's clearly stated rules and guidelines for employees, which covered everything from what to say to customers to what sorts of facial expressions to wear, instantly appealed to her, and she achieved a relatively peaceful life. Unfortunately, Keiko is now 36, still working at the convenience store (with no desire to leave), single (with no desire to be otherwise), and childless (with zero interest in having children). It's becoming increasingly apparent to her that her way of life doesn't fit in with societal expectations. The question is: what, if anything, does she want to do about it?

Keiko wasn't always a comfortable person to spend time with. She was practical to the point of coldness. The shovel incident is a good example, as is her reaction when her infant nephew starts crying: for just a moment, she thinks that killing him would stop his crying pretty quickly. She didn't act on that thought and didn't generally come across as violent despite the shovel incident, but it was still a chilling moment.

That said, I definitely identified with Keiko's feelings about societal expectations for women when it came to marriage and children. This book was, of course, a statement about Japanese society, but I could see parallels in the US. The path from teen to adult includes sex and dating. You can get away with being single for a while if you have a career, but eventually people want to know when you're planning on getting married and having kids. If you're dating someone, you're expected to one day get married. If you get married, it won't be long before people notice the slightest change in your weight and wonder if you're pregnant. Even if you explicitly say that you have no desire for any or all of these things, people will assume that you secretly do, or that you'll change your mind in the future.

Based on Keiko's own thoughts, I'd say she was a sex-repulsed aromantic asexual. The word "asexual" was used in the text, although I think only as part of Keiko's friends' immediate "let's smooth over this bit of awkwardness" response when she accidentally admitted that she'd never been in love - one of them implied that Keiko might be either a lesbian or asexual, in a way that was maybe meant to be supportive but that instantly got my hackles up. Keiko was annoyed too, at the way they made assumptions about how unhappy she must feel.

As the story progressed, Keiko began to notice how often others would ask when she planned to get married. People were also increasingly starting to notice her habit of taking on others' facial expressions and manner of speaking. The convenience store was her refuge, the one place where she understood exactly what she needed to do and how the world worked, but even that was giving her reason to worry. She knew, better than anyone, that the convenience store didn't tolerate anything or anyone that couldn't fit in. What if, as she got older, she became physically incapable of performing her convenience store duties? What sort of life would be left for her then?

The introduction of a new coworker, a 35-year-old deadbeat named Shiraha, set off some alarm bells in my head, especially after he admitted to Keiko that he began working at the convenience store in the hope of finding a wife. Shiraha was basically an incel, always whining about how society hasn't progressed past the Stone Age, rewarding only the strongest males, the best hunters.

The story went the route I feared it would, at least somewhat, but then jumped the tracks a bit at the end. I'm honestly not sure how I feel about how things turned out. On the one hand, people's reactions to Keiko after the change she made in her life sickened me - I'd like to think that at least a few of them were privately worried that she was making a bad decision. On the other hand, I loved Keiko's confidence and attitude during her early dealings with Shiraha. She was the one letting Shiraha into her life, and she could cut his nonsense off if she wanted to.

I think the ending was supposed to be positive, but it was hard to see it that way, knowing that Keiko's fears about her future and problems with her family hadn't been dealt with. Things didn't go as badly as I had worried they would, so there was that, but would things really be okay in the long run? I couldn't convince myself that the answer was "yes."

Well, I finished it. I identified with a lot of the stuff it had to say about how society views marriage, sex, and having children. Then the story rapidly started going places that made me feel a little ill. It abruptly wrapped up in a way that was neither positive nor negative, and now I feel a little empty.