Log in with Facebook
or
Wrong email address or username
Sign up
Already on BookLikes? Log in!
Incorrect verification code
Please, check your email, the code to access your BookLikes blog was sent to you already.
Enter code:
« Back Send
back to top
Search tags: sci-fi-fantasy-written-by-women 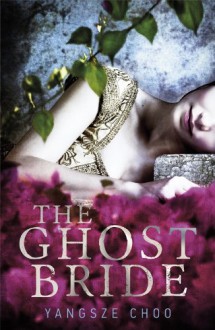 I had a lot of fun with this book, a plot-driven historical fantasy novel whose fantastical elements are based on Chinese conceptions of the afterlife. Admittedly, I found part one (of four) a little tedious: this segment is more historical fiction than fantasy, and doesn’t play as much to Choo’s strengths – which are plot and imagination – than the remainder of the book. Once it gets going though, it’s a great adventure, and I really enjoyed reading a fantasy based on non-European mythology. Readers should be aware that, as with most historical fantasy, it shouldn’t be taken literally as a guide to anyone’s belief system: Choo explains in the afterword that she meshed together various strains of thought and invented elements of her own. But it was still a lot of fun to see certain cultural practices, like burning paper objects for the dead, made real and carried to their logical conclusions. And meanwhile it’s a lively and accessible adventure that should appeal to a lot of western readers who might be intimidated by books from other cultures.

That said, it can come across as a little too explanatory sometimes – while set in 1890s Malaysia (and its associated afterworld), it’s clearly pitched at a western audience. The characters are not particularly complex or unique, and the writing style is perfectly functional but not notable for its own sake. But as a lighthearted, fun historical fantasy, it’s great, and I’d definitely be interested in reading more from this author. Beautifully written, but just not really for me.

There really is some lovely writing here though. Some days, for me, that's enough, but not here. I'm kind of over essentially passive MC's who don't really seem to have any agency (or when they do seem to, not doing anything with it.)

The MC here is so busy having things happen to her, and deus ex machina helpers pop up a la Alice in Wonderland style to move the plot along, that she almost disappears into the scenery. Some kind of tabula rasa for the story to be projected against.

If you like Kate Griffin, Catherynne M. Valente, perhaps John Crowley (and I do, all three, very much), you might give the sample of this a shot though. 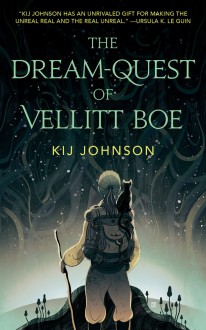 I really enjoyed this novella. It is in dialogue with a short story by Lovecraft, which I have not read, but you don’t need to read that to enjoy this. And fortunately for me, this is fantasy, not horror. It is set in a portal world clearly conceived as the stuff of nightmares, with monsters, shifting natural laws and an angry sky; if this were made into a movie the horror would be inescapable. But through the eyes of a protagonist who hails from that world, these are simply facts of life, evoking no fear or disgust.

Vellitt Boe is a professor at the Ulthar Women’s College. She had an adventurous youth before going to college and settling down, so when a student runs off to the “waking world” (ours), putting the college in danger, Vellitt sets out on a quest to retrieve her. It’s an engaging story, written in Johnson’s smooth-flowing style that makes the book feel as much like literary fiction as fantasy. The world is highly imaginative, brought to life with a texture that must be Johnson’s own. And Vellitt is an interesting and endearing character, with a quiet toughness and the good sense one would hope for from a middle-aged adventurer.

This could easily have been expanded to a full-length novel, and I’m unsure why it wasn’t: Johnson takes some shortcuts through the waking-world portion, and the end is really the beginning of something else, providing little resolution. But it succeeds in telling a good story, while responding to the sexism and racism that was apparently rampant in Lovecraft. Sometimes Johnson is quite pointed in this, in other places subtle: Vellitt is apparently a woman of color, but the only indication I saw was the description of her hair. And when she arrives in the waking world, she remarks on the large numbers of women there, a clever dig at male-created fantasy worlds populated overwhelmingly by men.

Overall, I definitely enjoyed and would recommend this, along with Johnson’s other works, particularly Fudoki. I haven’t seen a bad book from this author yet, and look forward to more! 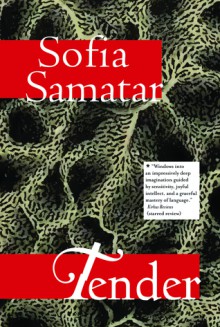 This is a beautiful, original, often surprising, and yes, tender, short story collection by a fantastic author. Samatar’s novels are lovely, but I think she may excel even more in the short story format, which combines her exquisite writing with compressed plots that necessarily move briskly. And her wide command of genres is impressive: fantasy, science fiction, historical fiction, fairy tales, contemporary, young adult. Most of the stories are sci-fi and fantasy, and while I love fantasy I typically avoid sci-fi, but I absolutely would read more if Samatar wrote it. Her stories never use characters simply as a long-winded way of examining an idea or making a point; instead the characters are the point, and no matter how inventive their settings, the stories are about the people, their lives and relationships. And to the extent they’re about larger issues, they are issues that matter in human society today, like race and religion.

But then there are stories that break the mold I would expect from a genre author. “Olimpia’s Ghost” is a work of epistolary historical fiction set in 19th century Europe, involving a relationship that may or may not have existed between two real people (I won’t say who since figuring it out myself was so much fun), while “Those” is an answer to Heart of Darkness, written in a similar vein but with the frame story narrated by a mixed-race character, which changes everything.

There are a lot of fantastic stories in this collection, and from perusing the reviews it looks like different readers have different favorites, which is a sign of strong writing. I’ll mention my favorites here:

“Selkie Stories Are For Losers” – A young woman in the contemporary U.S. builds her life in the shadow of a fairy tale. This could easily be a novel and I’d love to read it.

“Walkdog” – This is an epistolary story written with a certain amount of deliberate inelegance, since it’s meant to be by a typical high school girl. It’s an achingly sad story about love, bullying and social conformity, with a bit of mythology wrapped in. Unlike in a lot of YA, which seems to be a weird adult vision or fantasy of teenagers, I completely believed this one; no one would want to admit to making Yolanda’s choices, but they feel realistic.

“Honey Bear” – This is a lovely post-apocalyptic tale. In the tradition of my favorite short fiction, it’s a story you’ll want to read twice, because everything comes together at the end in a way that changes your entire view of the story, and so you re-read it with new eyes and understand all those references that didn’t quite make sense before. But despite the post-apocalyptic world, the story is closely focused on its main characters, and its heart and primary source of tension is a couple who react to changed circumstances in very different ways.

“How to Get Back to the Forest” – I’d classify this one as dystopian; it reminds me of Never Let Me Go, with young people raised in superficially pleasant institutions, slowly and imperfectly discovering how their world really works. The key difference is that here the characters resist, at least in small ways.

“Request for an Extension on the Clarity” – This is superficially science fiction, but it’s really about race and immigration and isolation; the protagonist finds refuge in the stars from a world where she doesn’t seem to belong anywhere. The collection includes several stories with similar themes, but this is the one that brought it all together for me.

“The Closest Thing to Animals” – Straight-up science fiction, set on a quarantined world, but about a character whose abandonment issues cause her to see rejection where it doesn’t exist and prevent her from seeing the ways in which others need her. The story is lovely and so are the weird images of its world.

“Fallow” – This is a novelette, by far the longest piece in the collection, set on a world inhabited by refugees from a self-destructing Earth. It’s a meditation on religion (eventually we’re given enough information to figure out what group is involved) and social pressure, hearkening back to the Puritans despite its otherworldly setting.

Of course, as with most collections, I didn’t love all the stories; some seemed opaque or didn’t quite land for me. In particular, there’s a stretch from “Tender” through “Meet Me in Iram,” of stories dealing with alienation and characters feeling out of place in their own skin – sometimes, though not always, related to immigration – that I bounced off of until I reached “Request for an Extension on the Clarity.” A few of the other contemporary or parable-like stories also didn’t strike any particular chord with me. But these are skillful stories that clearly landed for others, so I’ll chalk that up to my limitations as a reader rather than Samatar’s as a writer.

Overall, I loved this collection and would absolutely recommend it, probably even ahead of Samatar’s novels to those with any liking for short fiction. To my surprise, I especially loved Samatar’s science fiction and hope to see much more from her along these lines in the future. 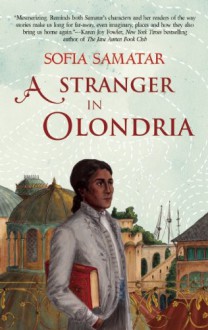